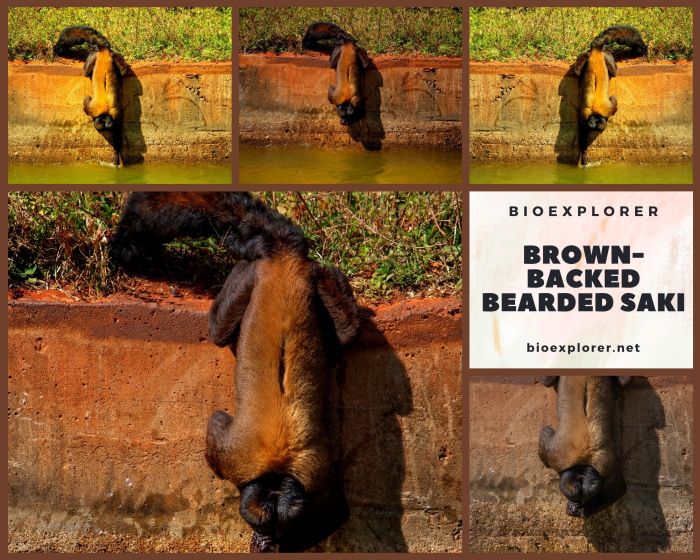 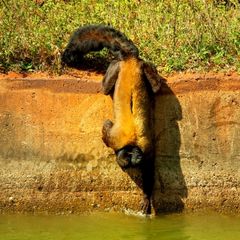 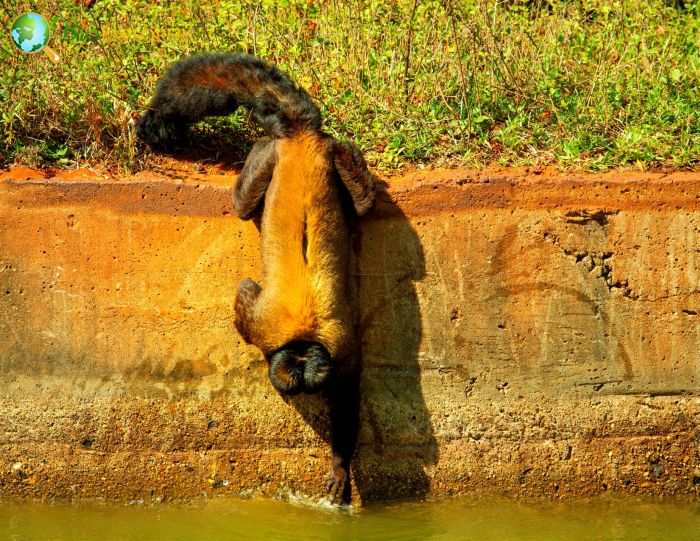 The brown-backed bearded Saki[1] is one of 5 species of bearded Saki, a New World Monkey species. Bearded sakis have a unique appearance.