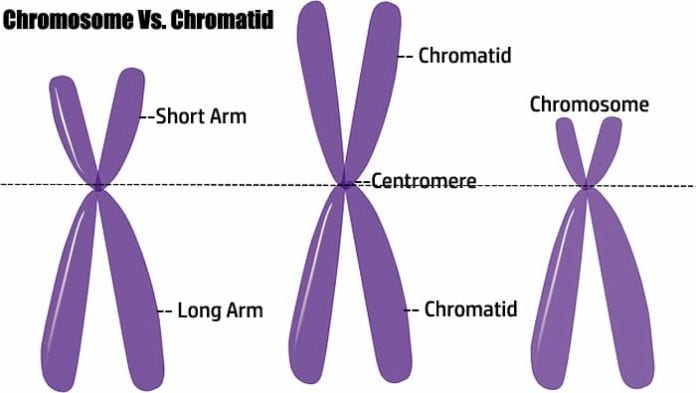 Due to their usage, the two terms, “chromosome” and “chromatid” are often confused with each other. While seemingly identical at first glance, these biological structures for genetic information, are actually not the same entities.

How do they differ? Let’s explore the difference between Chromosome and Chromatid in detail below.

What is a Chromosome?

Coming from the Greek words “chroma” and “soma” which mean “color” and “body” respectively, a chromosome is a coiled thread-like structure that contains the genetic material of organisms. A chromosome is the condensed form of a chromatin, which in turn is made up of the deoxyribonucleic acid (also known as DNA) and proteins called histones. 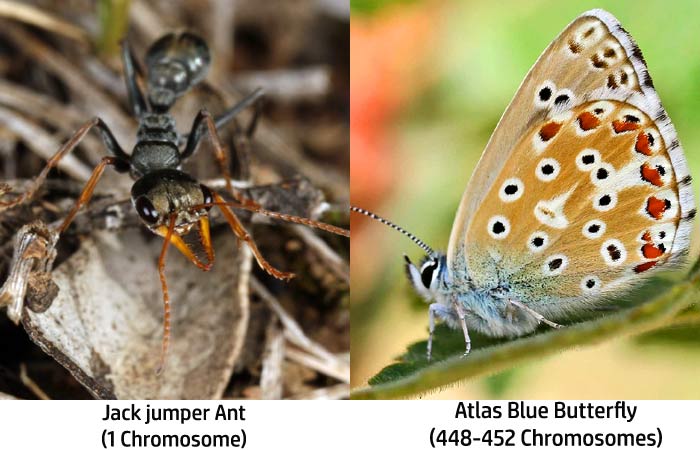 What is a Chromatid?

By definition, a chromatid is one of the two identical components that make up a duplicated chromosome. As such, the chromosome is said to be compose of the identical sister chromatids.

Difference Between Chromosome and Chromatid

The table below summarizes the major differences of the two in terms of structure and function.

Here is the visual explanation that describes the more differences in detail.

The chromosomes and chromatids have acquired unique biology shaped by evolution through time. The study of these differences will give greater insights not only about evolution but also of the consequences brought along the process.