Cytoplasm Functions: Every cell in an organism is comprised of a fluid that fills the cell and is surrounded by a cell membrane. This fluid is called the cytoplasm or the cytosol. The word cytoplasm is derived from the word “cyto” meaning cell and “plasm” meaning fluid; cytosol means substance of the cell.

The cytoplasm is a viscous solution that contains a combination of different salts and proteins, as well as water. The cytoplasm is dense and viscous, comprising 80% of water, and is made up of a scaffold of structural proteins that define the cytoskeleton of the cell, giving it its shape.

Types and Processes of the Cytoplasm 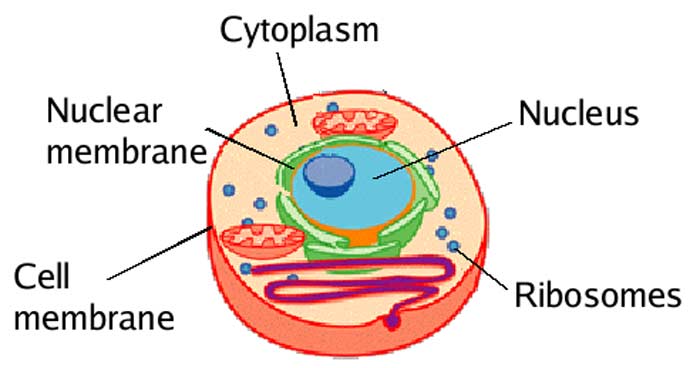 The cytoplasm can be divided into two parts – the ectoplasm and the endoplasm. The ectoplasm covers the peripheral area of the cell, whereas the endoplasm contains the central portion with all the organelles. In Prokaryotic cells, all the contents of the cell are present in the cytoplasm. Prokaryotic cells do not possess membrane-bound organelles.

The movement of cytoplasm, which results in circulation of cellular substances around and within the cell is termed as cyclosis. It is also known as cytoplasmic streaming. Cyclosis is seen in some plant cells, and protozoans, such as amoeba, are caused by certain hormones or chemicals. Amoeba uses the process of cytoplasmic streaming for movement and capture of food. Other cells use this process during the process of cell division, meiosis or mitosis, that results in the formation of daughter cells.

Constituents of the Cytoplasm 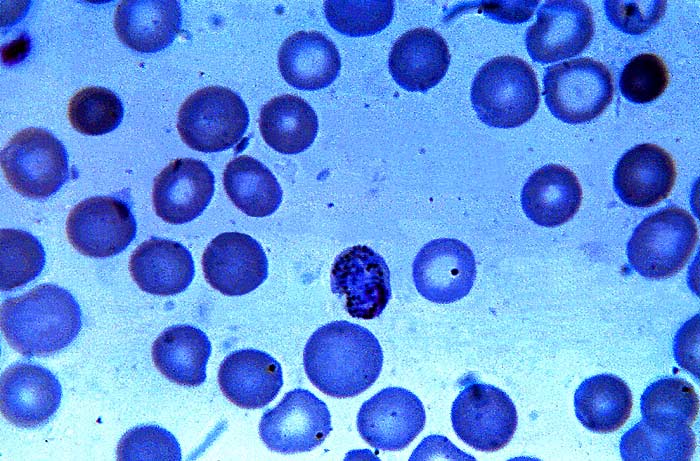 Physical and Chemical features of the Cytoplasm

The physical nature of the cytoplasm is colloidal and contains a mixture of insoluble granules and organic substances. The outer layer, called the ectoplasm, near the periphery, is called plasmogel due to its thick and jelly-like nature. The area of the cytoplasm near the nucleus is called the plamosol and is less viscous in nature. 20-50% of cytoplasmic proteins like enzymes. Animal and plant cytoplasms differ by a small margin regarding chemical content.

Functions of the Cytoplasm

Growth: The cytoplasm contains proteins and filaments that are essential for the growth and expansion of the cell surface. Together with the cell membrane, the cytoplasm helps in cell growth.

Removal of waste products: The cytoplasm aids in the removal of waste products via small spherical structures called vesicles. Unwanted products in the cytoplasm and the organelles are packaged, stored, and transported in vesicles. These vesicles travel towards the cell membrane and release unwanted products out of the cell by fusing with the lipid bilayer.

Shape and Structure: The cytoskeleton is made of microtubules and microfilaments, with interspersed cytoplasm, which gives the cell its form and structure. The cytoplasm helps retain that shape and provides rigidity and fluidity to the cell.

Movement: The cytoplasm facilitates the movement of cellular organelles within the cell. Movement of whole cells, as seen in protozoans like an amoeba, is also enhanced by the cytoplasm that produces extrusions from the cell known as pseudopodia. These structures help the amoeba to move and engulf food particles.

Transport of genetic material: Cytoplasm is a medium for the transport of the DNA from the nucleus to other organelles for processing and protein synthesis. Apart from cellular DNA, viral or bacterial DNA is also found suspended in the cytoplasm of infected cells or prokaryotic cells respectively.

Metabolism: The enzymes present in the cytoplasm aid in metabolizing substances taken up by the cell before the organelles further process them.

Protection: The cytoplasm serves as a fluid barrier and buffer, protecting the internal components of the cells, such as the organelles and the nucleus containing genetic material. It absorbs any shock or damage that is rendered upon it by collision with other cells.

Barrier: Cytoplasm acts as a barrier between organelles and prevents their grouping or collision that would obstruct their regular function.

Cell division: The elasticity and fluidity of the cytoplasm help in changes to the cell shape during cell division mechanisms such as meiosis and mitosis that ultimately results in the formation of daughter cells.

Overall, the cytoplasm’s content, foundational structure, and function may differ between species and kingdoms. Still, it is an important, indispensable part of the cell, without which a cell cannot function.

The physical and chemical attributes of the cytoplasm provide the cell with various functions and capabilities that make life possible.