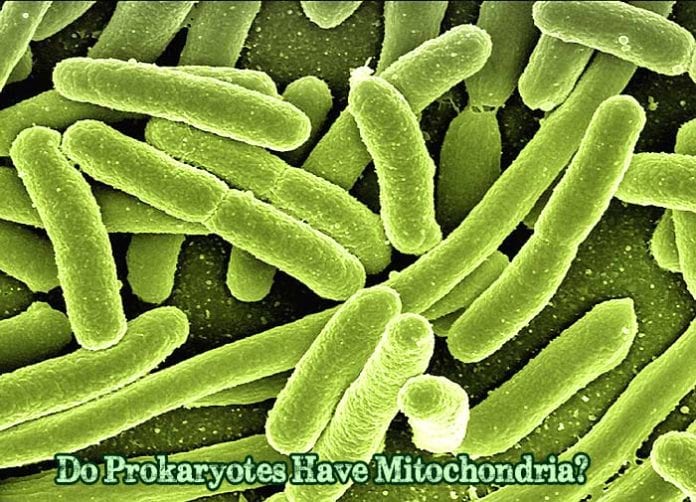 Mitochondria are the powerhouse of the cell. In other words, they are the cell structures that serve as an energy reservoir that powers various cell functions and processes.

But did you know that some organisms, specifically the prokaryotic ones don’t have mitochondria?

So you ask, how do these organisms manage to survive? Find out the answer below.

Do Prokaryotes Have Mitochondria?

Short Answer: No. But how do prokaryotes produce energy then? Read on.

Prokaryotes are single-celled organisms that are composed of the bacteria. Unlike eukaryotic cells, they are less structured, contain no nucleus, and lack membrane-bound organelles. And being single-celled as they are, prokaryotes too don’t have mitochondria.

In fact, in a loose sense, they serve as the “mitochondria” of themselves. To put it another way, mitochondria are part of eukaryotic cells, which according to scientific studies evolved from ancestral bacteria.

The mitochondria and chloroplasts (photosynthetic organelle) in eukaryotes are the known descendants of aerobic prokaryotes. In 1967, scientist Lynn Margulis published her Endosymbiosis theory about the formation of eukaryotic cells as well as the origin of the organelles contained inside them.

To explain the origin of the mitochondria and chloroplasts, she suggested that they were once free-living prokaryotes that were engulfed by a larger eukaryotic cell.

How Do Prokaryotes Get Energy?

So where do prokaryotes get their energy? First, it would be important to note that the essential organic compounds that make up the biomolecules in prokaryotes are present as macronutrients such as carbon, oxygen, hydrogen, nitrogen, sulfur, etc.

In general, they produce energy the same way mitochondria harness them, utilizing the oxidation machinery found in their cell membrane (which is similar to the structure of the membrane of the mitochondria).

In conclusion, prokaryotes can manage to survive even without mitochondria and other organelles. Isn’t it quite incredible how well equipped prokaryotes are?