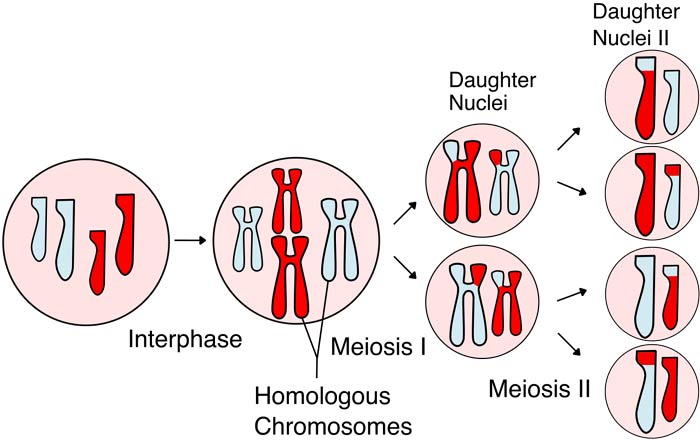 As a general rule, all cells come from pre-existing cells and the primary mode to how this happens is through the process of cell division. In this process, the parent cell divides into daughter cells while at the same time passing its genetic material across generations.

In eukaryotic organisms, two kinds of cell division exist: mitosis and meiosis. On one hand, mitosis is concerned in the production of daughter cells that are mere copies of each other. On the other hand, meiosis involved the production of the reproductive cells that bear unique genetic characteristics.

At the level of the genes, sexual reproduction is focused on the fusion of the paternal and maternal genes that result in a new combination of genes. And this is where the process of meiosis becomes important.

In this article, discover how meiosis occurs in living cells, its different stages, and its significance in the survival of eukaryotic organisms.

Meiosis[1] is a type of cell division that involves the reduction in the number of the parental chromosome by half and consequently the production of four haploid daughter cells. This process is very essential in the formation of the sperm and egg cells necessary for sexual reproduction. When the haploid sperm and egg fuse, the resulting offspring acquires the restored number of chromosomes.

Contrary to mitosis, meiosis[3] involves the division of diploid parental cells (both paternal and maternal) into haploid offspring with only one member of the pair of homologous chromosome from the parents.

Just like in mitosis, a cell must first undergo through the interphase before proceeding to meiosis proper. It increases in size during G1 phase, replicates all the chromosomes during S phase, and makes all the preparations during the G2 phase. Like the usual mitosis, the first meiotic division is divided into four different stages: prophase I, metaphase I, anaphase I, and telophase I.

By far, prophase[4] I of meiosis is considered as the most complicated step in the whole process. As compared to mitotic prophase, the prophase of meiosis is definitely longer. In this stage of meiosis I, the chromosomes start to condense and pair up with its homologue. Basically, the first meiosis begins with a very long prophase that is divided into five phases: leptotene, zygotene, pachytene, diplotene, and diakinesis.

Leptotene is the first stage of prophase during meiosis I. This phase is characterized by the condensation of the chromosomes wherein they become visible as chromatin. It comes from the two Greek words “lepto” and “tene” which mean “thin” and “ribbon” respectively.

Coming from the Greek words “zygo” and “tene” which mean “union” and “thread“, zygotene is the second phase of prophase I. During this stage, homologous chromosomes begin to form an association called a synapse which results to pairs of chromosomes that has four chromatids.

This is the phase where the crossing over between pairs of homologous chromosomes occurs. The structure formed is referred to as the chiasmata. In contrast with leptotene (“thin thread“), the Greek word “pachy” means “thick“; thure referring to the characteristic of the chromosome in this stage.

In this phase, the separation of the homologous chromosomes is starting but they remain attached through the chiasmata. The word “diplo” in diplotene means “double“.

Following diplotene is the final phase called diakinesis, which comes from the Greek words “dia” which means “across” and “kinesis” which means “motion“. This is when the homologous chromosomes continue to separate as the chiasmata move to the opposite ends of the chromosomes.

In this stage, the homologous pairs of chromosomes randomly align at the metaphase plate.[5] Such configuration becomes the source of genetic material as the chromosomes from the male and female parents appear similar but are not exactly identical.

The homologous chromosomes become separated as they are pulled toward the opposite ends[6] of the cell. However, the sister chromatids remain attached to their pair and do not move apart.

Like in the telophase of mitosis, the chromosomes finally are separated at the different sides of the cell. In addition, the chromosomes return to their uncondensed forms as the nuclear membrane is reformed. The division of the cytoplasm (referred to as cytokinesis) occurs simultaneously with telophase I, resulting to two haploid daughter cells.

Cells undergo through meiosis I to meiosis II without the replication of the genetic material. It is important to note that the cells that undergo meiosis II are the daughter cells produced during meiosis I. Meiosis II is shorter than meiosis I but still is divided into four stages: prophase II, metaphase II, anaphase II, and telophase II.

Prophase II is almost similar to mitotic prophase. In prophase II, the nuclear envelope disintegrates as the chromosomes condense[7]. Aside from that, the centrosomes separate with each other while the spindle fibers try to catch the chromosomes.

Just like in meiosis I, meiosis II[8] is when the chromosomes align at the metaphase plate because of the attachment of the spindle fibers to the centromeres of chromosomes. The segregation of different types of chromosome is what creates the difference between the two metaphases of meiosis.

Just like the usual telophase, the cell cytoplasm divides equally and shortly after is reformed. The result of telophase II is the formation of four haploid cells (having each set of chromosomes). However, it is important to note that the four daughter cells are not identical with each other due to the events in meiosis I (i.e. random crossing over and random alignment of chromosomes. 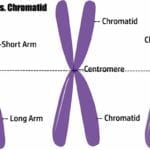 What is the Difference Between Chromosome and Chromatid?

In genetics, the terms 'chromosome' and 'chromatid' are often confused with each other. In this article, learn how to differentiate the two closely-related structures. 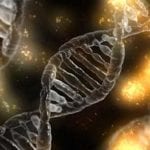 Errors In Meiosis: The Science Behind Nondisjunction

Nondisjunction: Let's explore the science behind how an offspring acquires the wrong number of chromosomes through a deleterious phenomenon during meiosis.

For additional illustrations, you may want to check out this YouTube video on meiosis:

But come to think about it. Isn’t it fascinating how a single cell is able to carry out a very accurate and highly conserved physiological process?