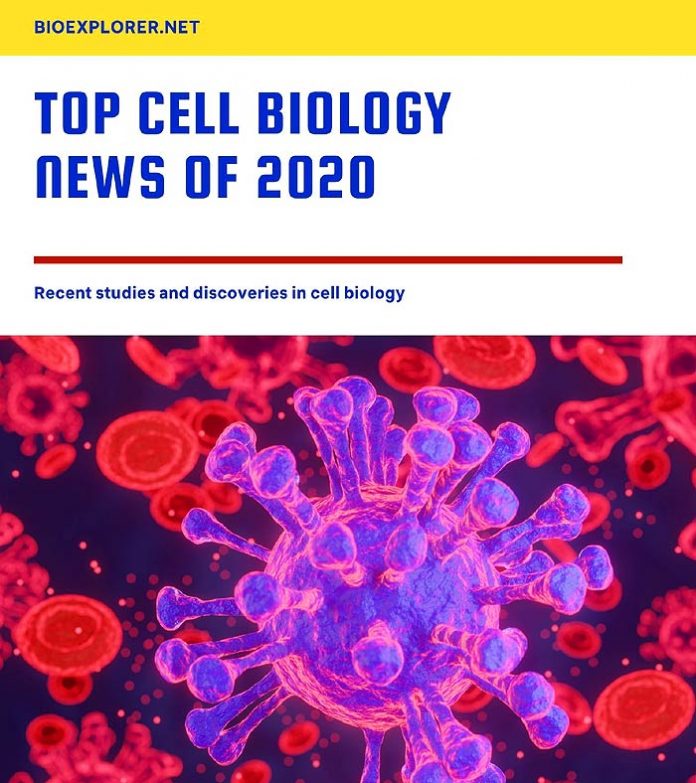 Cell Biology News of 2020: To have a healthy body, we need to have cells that work as intended. Starting from our earliest development, multiple cells work in concert, changing and dividing, creating complex organisms, and performing various functions.

The year 2020 was the time of an unprecedented health crisis. Understanding the inner body workings has become even more crucial than ever. There were multiple exciting discoveries made in 2020, including new information about stem cells, cell division, and even such a seemingly simple process as tasting flavors.

Here were present a collection of new insights about the tiny workers in our bodies. 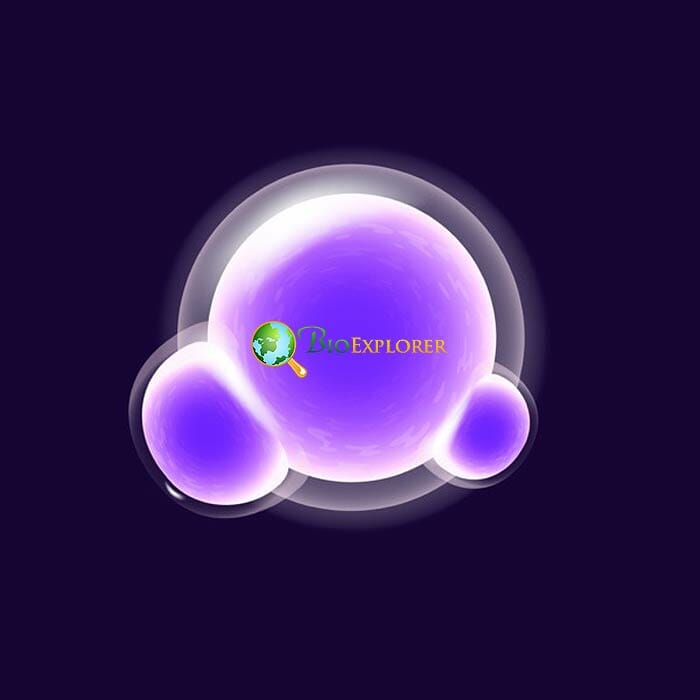 The division of the cell is one of the most crucial processes in its life cycle. The division depends on structures called microtubules – special rods made of a protein called tubulin.

Each microtubule is formed from a “seed” made of tubulin proteins coming together. This process is called microtubule nucleation. Spontaneous nucleation is too slow for the cell, so some proteins assist the creation of microtubules in making their formation more efficient.

One of such proteins is the γ-tubulin ring complexor γ-TURC.

A research team at the Princeton University has decided to recreate in the laboratory how the microtubules form branches during cell division. To do this, the scientists used an extract of the egg of the African clawed frog, Xenopus laevis .

Then they tried to record the events in real-time. Their experiment has shown that:

This experiment is basically the proof of principle. A similar approach can be used to study cell division and form other types of microtubules.

2. A sorter coming out of the nucleolus: A chromosome sorter protein complex discovered in the nucleolus – [Japan, July 2020].

The nucleus does not only contain chromosomes. There is a smaller structure called the nucleolus. It is basically composed of multiple droplet-like structures containing a mix of RNA, nucleotides, and proteins. When the cell functions normally, the nucleolus’ primary role is to produce ribosomes-specialized structures crucial for protein production.

Nucleolus can fall apart in case of stress or when the cell is preparing to divide. When nucleolus disassembles, it releases multiple proteins that can have diverse functions. These nucleolar proteins are now being actively studied.

Previously, it was discovered that one of the proteins present in the nucleolus, called NOL11, is crucial for normal cell division. If this protein is absent from the cell, the cell does not divide properly.

A team of Japanese scientists has carried out a series of experiments trying to understand the exact role of this previously understudied molecule.

It is crucial to understand how disturbances to cell division occur. Multiple disorders are caused by the uneven sorting of chromosomes into the cell, including the well-known Down’s syndrome. Understanding what players participate in this complex process may be possible to prevent the creation of cells with the wrong chromosome number in the future. 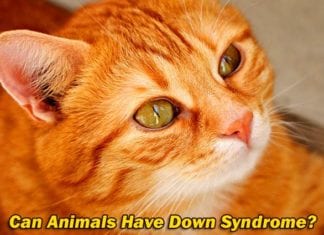 Animals and humans can share a host of different diseases and illnesses. Although they may manifest and present differently in the two, animals too can acquire genetic disorders. Can animals have down syndrome? Explore the answers with various reports here.
Read more

3. Depolarizing for longer life: the ability to live longer in some species was linked to the “mild depolarization” mechanism of the mitochondria – [Germany-Russia-Switzerland, March 2020]. 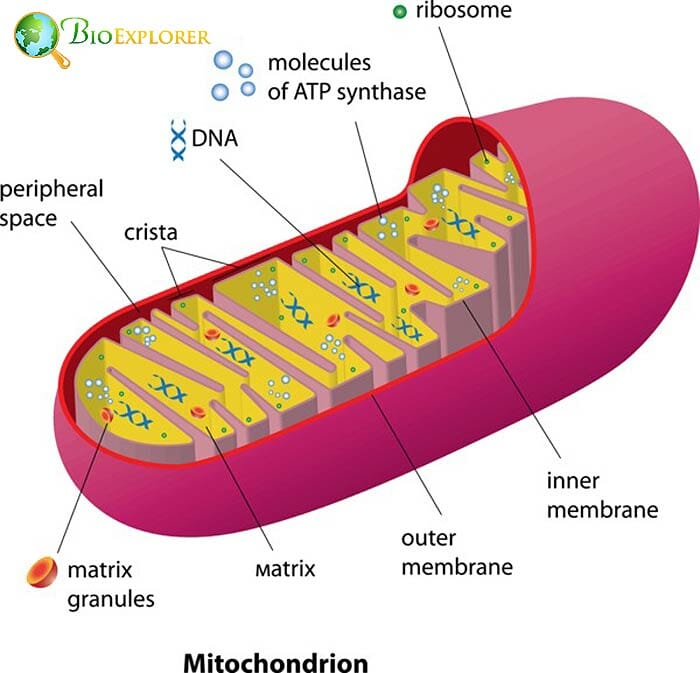 Cells cannot live without mitochondria. Mitochondria are molecular factories that produce energy currency – ATP. Like lumps of coal, ATP molecules are used to power up all the reactions in the cell.

Unfortunately, ATP production has side effects. Active mitochondria also leak substances that can quickly react with their surroundings called reactive oxygen species (ROS). ROS molecules in high quantities are destructive and contribute to slow decline and aging in the organism.

Recently, it was discovered that there is a mechanism in the cell that prevents mitochondria from producing ROS while continuing to produce ATP. Several enzymes called hexokinases, and creatine kinase can change the electric potential in the mitochondrial membrane. This leads to the decreased activity of mitochondria. This process is called mild depolarization.

Such a mechanism exists in many animals‘ cells. An international collaboration between German, Russian, and Swiss scientists has shown exciting results when the researchers have studied the activity of the mitochondria in the cells of mice, naked mole rats, and bats:

The scientists proposed that the mild depolarization mechanism is one of the factors that slows down aging in mammals. This discovery shows that the mechanisms preventing premature aging are complex. More research on the control of mitochondria activity is needed.

The information about mechanical forces is passed down in cells through a complex mechanism. One of the proteins involved in passing around this information is called vinculin.

Recently, it was discovered that vinculin has a variant – a protein slightly different in a structure called metavinculin.

This protein also organizes other structures involved in spreading mechanical information differently. The function and properties of this variant were not well studied because there was no method to measure the mechanical forces inside the cell.

The new approach and model developed by the team can help understand how muscle cells work in greater detail in the future.

When cells divide, the containers for genetic material -the cell nuclei – get dissolved. The DNA gets condensed into the tightly packed chromosomes. After two new daughter cells form, each with their own chromosomes, a new nucleus would be forming in each of the new cells.

The new nucleus is initially relatively small. That could pose a problem, as the DNA previously packed into chromosomes needs to be partially unwound so the cell could pick up “orders” from the genes.

This means that nuclei need to grow to accommodate all the loops of DNA and accompanying proteins that work there.

Previously, it was not clear what happens inside the nucleus right after the cell division. The research team from the University of Freiburg has obtained fractions of cells that have just finished cell division. They have found that:

The researchers hope to study these processes closer to understand how those protein interactions make the cell nuclei grow.

6. Deathly traffic jams: Ribosome collisions can lead to the suicide of the cell – [USA, June 2020].

Ribosomes are crucial components of the cell. They serve as assembly lines, where proteins are made based on the blueprints provided by the mRNA. Sometimes, when the initial “blueprint” is faulty or some other issue, ribosomes can get stuck together.

Such traffic jams are dangerous – the protein production stalls, as does the transport within the cell.

Researchers from the John Hopkins University, Baltimore, MD, have focused on the mechanisms that the cell uses to protect itself from the consequences of such “traffic problems“.

7. Exiling for survival: cells can kick out mitochondria to survive in harmful conditions. – [Japan, June 2020]

Animal cells depend on mitochondria. Without the energy these organelles produce, the cells cannot survive. Damaged mitochondria can also be dangerous for the cell, as they start leaking toxic substances – just like a faulty battery.

Previously, it was thought that cells just digest the faulty mitochondria to protect the whole cell. This process is called mitophagy.

Japanese scientists from Osaka University have described a completely different way of saving the cell from faulty mitochondria:

This extracellular exclusion of mitochondria is a widespread mechanism of quality control of the normal mitochondria function. It is also of interest for medical research as this process may contribute to neurodegenerative diseases.

One of the most fascinating aspects of embryonic development is that multiple organs arise from a limited number of cells. The embryo contains cells that are called stem cells.

Their main feature is the ability to divide and transform into multiple types of specialized cells. There are different types of stem cells. Among others, there are so-called) hematopoietic stem cells (HSC) that give rise to multiple cell types found in the bloodstream.

These HSCs can develop when the embryo is at its earliest stages. There is a unique location for them called the aorta-gonad mesonephros region. This region is located in the lower area of the tiny embryo, where the urogenital system would develop in the future.

Researchers from the University of Edinburgh, United Kingdom, specifically focused on early HSCs because they can play a crucial role in blood cancer treatment.

To study them better, the scientists transplanted embryonic cells into adult mice with specifically modified genotypes. They have found the following:

The team intends to study the newly discovered type of cells, hoping to recreate it. With highly potent blood stem cells, treatment for blood cancers can become more efficient.

Sometimes cells need to destroy large molecules to get nutrients from them. Often hydrogen peroxide and other destructive substances are used in such reactions.

Therefore, the molecules to be destroyed and the substances used to digest the said molecules are hidden inside specialized bubbles called peroxisomes.

Previously, it was thought that peroxisomes are simple structures formed by a uniform, one-layer membrane. A recent study has shown it is not always so:

This discovery overturns the previous concepts about peroxisome structure and function. 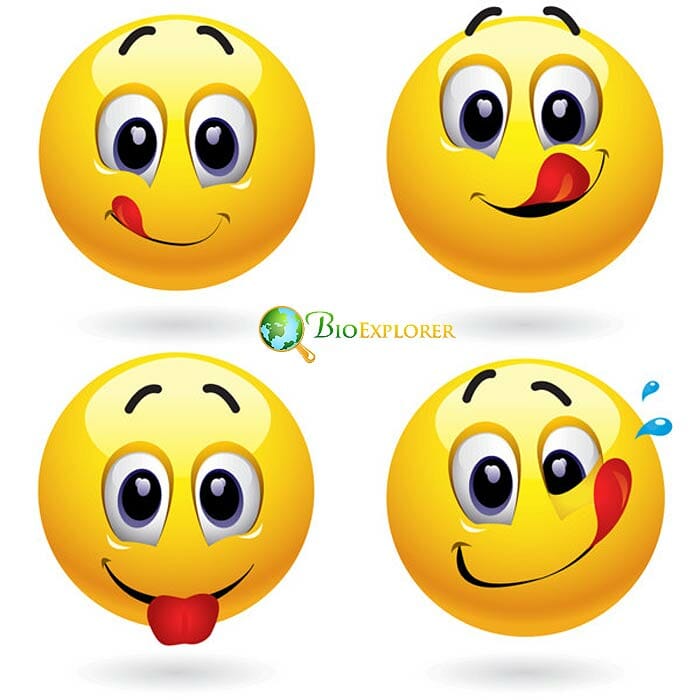 Tasting various flavors is a complicated process. Our tongues contain different types of cells that work with taste:

Several years ago, researchers from the Center for Ingestive Behavior Research at the University of Buffalo, NY, USA, have found that two types of cells respond to bitter taste in mice.

In 2020, the team had decided to study these cells further in genetically modified mice and have discovered that:

This discovery shows that deciphering taste is much more complex than previously thought. 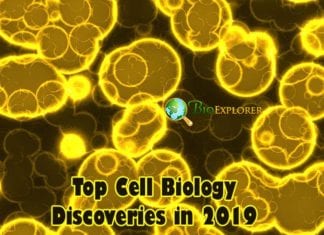 In 2019 researchers managed to decipher multiple complex mechanisms of the body cells & functions. Here are the top 10 cell biology discoveries in 2019.
Read more

The year 2020 has brought us new scientific insights into how our cells work. It is fascinating that new ways of controlling and managing such organelles as mitochondria and ribosomes were discovered. It is now known that cells can rewire their chemistry to survive with damaged mitochondria.

The cells also have a complex mechanism that repairs ribosome collisions. These trends are up-and-coming, as mitochondrial diseases are a very pertinent health problem. 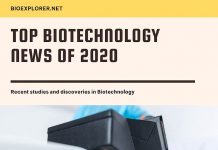