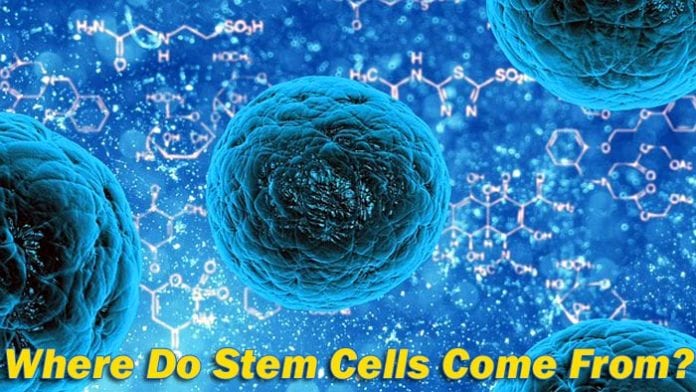 Depending on the tissue/organ they are found in, stem cells can give rise to various cell types. In some tissues, like blood, stem cells divide on a regular basis to replace lost cells, whereas in other tissues they divide only when required, or under certain conditions such as damage.

What Are Stem Cells?

Stem cells are scientifically defined as unspecialized or undifferentiated cells found in specific environments throughout the body, and that can retain their ability to differentiate into different types of cells, usually of the same family or lineage.

Stem cells are broadly classified into a few subtypes based on their potency for cell division and differentiation capability:

Totoipotent stem cells can proliferate to produce all the cell types of the body as well as the embryonic, extra-embryonic layers such as chorion, yolk sac, placenta, etc.

Pluripotent stem cells are cells that can differentiate into all the cell types of the body except the extra-embryonic and embryonic layers.

Multipotent stem cells can form one or more specialized cell types, usually, within a lineage.

Unipotent stem cells have the least proliferative capacity among all the types.

Where Are Stem Cells Found & Where Do They Come From?

Stem cells typically originate from the fertilized cells in the very first few cell divisions. As stated earlier, these cells are totipotent and can generate the cell types of the entire body.

Based on niche, stem cells are of three types:

Identification of the stem cell niche is an important aspect of stem cell application. Knowing where stem cells come from is paramount to their use in therapy and research.