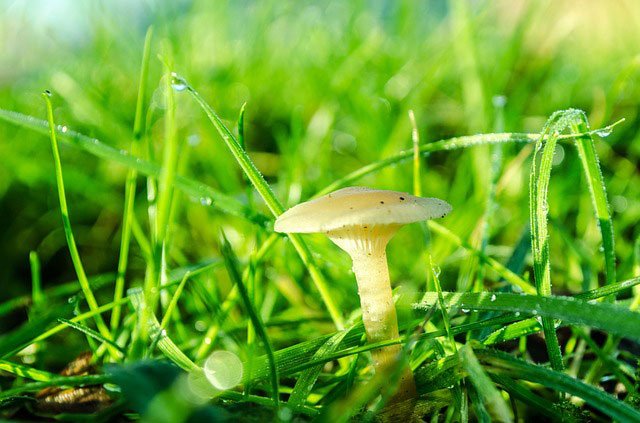 Did you know that fungus is of great use to mankind? From the formulation of new drugs like Penicillin to the production of edible items like cheese, mushrooms and of course wine, fungi is put to use for a plethora of purposes.

If facts about fungus interests you then opting for a course in Mycology can certainly give you the required edge. By now, it is definitely clear that Mycology is branch of science that involves the study of fungi. The subject was originally a part of Botany. However, from an evolutionary aspect, fungi were closely related to animals and did carry a few similar traits like that of animals, compared to plants.

Do you remember reading about fungi in the biology books at school? If yes then you would certainly reckon that fungi are better known as symbionts. Studies even show that they play a cardinal role in the global carbon cycle. Lichens and Mycorrhizae are examples of such symbiotic fungi. These species are worth a mention because organic biomolecules like lignin, usually present in woods and harmful pollutants like petroleum, hydrocarbons and Xenobiotics are easily decomposed by fungi.

The structure of fungi is very unique. Often known as ‘Mycelium,’ fungi are unicellular. Their body signifies the shape of a thin strand. Unlike the cells of living organisms, the cell walls of fungi are entirely composed of chitin, whereas in most cases, the cell walls are made up of cellulose. The process by which fungi manufacture food is certainly not photosynthesis.

So, the question that pops-up here is how do they manage their nutrition? Well, the mycelium secretes a typical enzyme which in turn eats up the host or the surroundings. This is again digested by the mycelium, thereby continuing the nutrition cycle. The last prime fact about fungi is that they reproduce using spores.

Some say mushrooms are fungi – do you agree? Well, mushrooms are not fungi. Instead they are the reproductive structure, kind of fruiting bodies.

Fungi are great resources for anti-cancer drugs. Therefore, the scope of studying Mycology is quite prosperous. You can either become a Mycologist or hit the fields of medicine and academics. However, industries like food, fuel and wineries are always on the lookout for Mycology students. 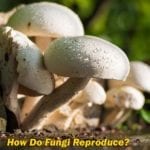 Fungi are mostly multicellular, heterotrophic, complex organisms that belong to the eukaryotic kingdom. Being an eukaryote, how do fungi reproduce? Explore how eukaryotes reproduce in general and different types of fungi reproduction with good examples here.

Here are the web resources on Mycology:

Actinomycetes-Streptomyces Internet Resource Center
Actinomycete-Streptomyces Internet Resource Center (ASIRC) has been developed at the University of Minnesota with the aim of fostering interaction amongst actinomycete researchers in academia and industry around the world. It is our hope the resource center will be built by a community effort constructed by the contributions of all researchers in our field. Link

Botanical Epidemiology and Modelling
Department of Plant Science, University of Cambridge, UK. Research Interests: Spatial and temporal models for soil-borne plant disease, spatial and temporal spread of diseases, monoclonal antibodies to detect and quantify populations of Rhizoctonia solani and Trichoderma viride, Forecasting the severity and spread of Rhizomania in the U.K., Epidemics in spatially structured populations and more. Link

Coprinus-site of Kees Ulje
All about Coprinus, the most interesting group of mushrooms. References to literature (in part free download), most recent keys and the identification-program DetPro.Exe, containing keys to species of a number of genera and the genus Coprinus almost complete (incl. descriptions, microscopical drawings and slides (free download). In English, Dutch, German, France and Italian. Link

Forest Mycology and Mycorrhiza Research Team
The Forest Mycology Team, located at the Forestry Sciences Laboratory in Corvallis, Oregon, is conducting extensive research on the biology and ecology of forest fungi in Pacific Northwest forest ecosystems. The Team is composed of personnel from Oregon State University, Department of Forest Science and the USDA Forest Service, Pacific Northwest Research Station. Link

Fungal Genetics Stock Center
The FGSC serves databases on the genetics of Aspergillus, Fusarium, Neurospora, Sordaria and other fungi, as well as cated genes and gene libraries; and useful recipes and methods; archives of the Fungal Genetics Newsletter with full text and beautiful images. Link

Light leaf spot forecast model
A scheme for forecasting the severity of Light Leaf Spot in winter oilseed rape crops in the UK, in relation to weather and disease assessments. The forecast was funded by HGCA and has been developed by the Oilseeds Pathology Group at IACR – Rothamsted in collaboration with ADAS, CSL and SAC. Link

Mycological Resources on the Internet
These pages summarize internet resources of interest to mycologists (biologists who study fungi). Link

The Phlegmacium Website
A site devoted to the study of Cortinarius Subgenus Phlegmacium. 92 taxa illustrated by more than 130 Photos, complete checklist to danish species. Link