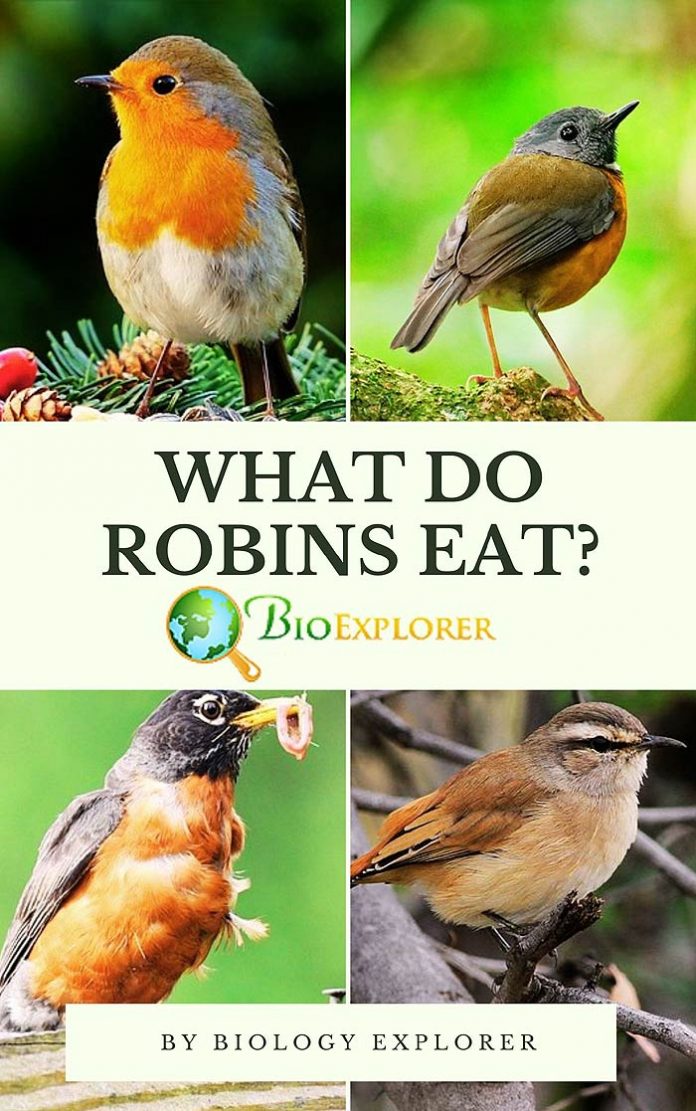 What Do Robins Eat? Robins are classified as members of the chat family, which constitutes a large number of small insect-eating birds. Robins are generally omnivores, with insects and worms making up most of their diet. They also eat small reptiles and amphibians. A smaller percentage of the robin diet is made up of berries and other fruits. This article will be focused on dissecting what the different robin species eat.

What Do Robins Eat? 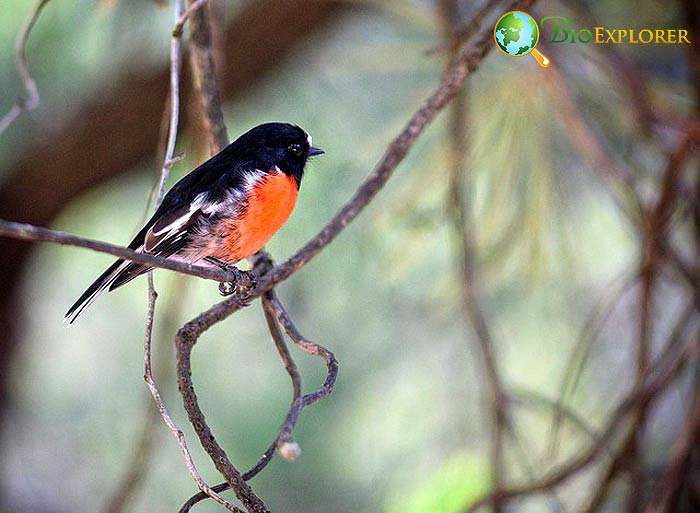 When a regular person visualizes a robin in their head, they most likely see a relatively small-sized dark bird with reddish-orange breast feathers—a typically American robin, the most common bird species in North America, with an estimated population of around 370 millions. However, some people might not know that there are over 100 other robins, each with their similarities and differences regarding taxonomic classification (though they all fall under the Passeriformes order), physical appearance distribution, and much more.

What Do American Robins Eat? 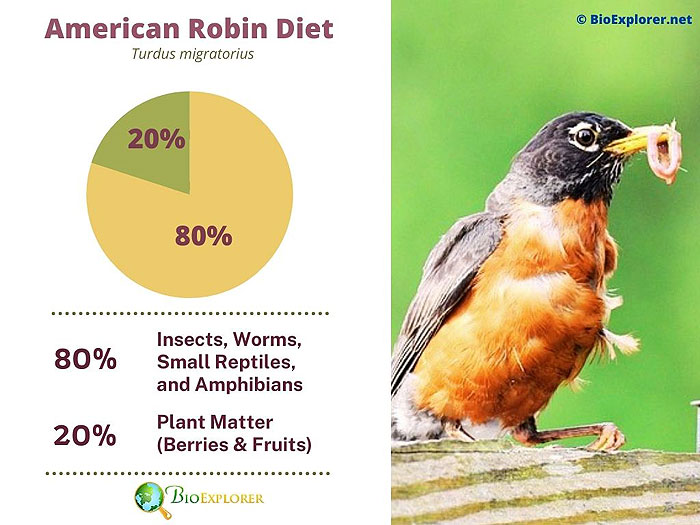 The American robins are omnivores. They are critical predators of insects, worms, small reptiles, and amphibians. These birds also eat berries and fruits. About 80% of their diet is drawn from insects and worms, while the other 20% is obtained from plant matter.

Hunting techniques: American robins hunt on meadows, lawns, and fields. The hunting technique they use stands still and turns their heads, cocked on one side as if they listen to the prey on the ground. Research has shown that they can hear their prey and then use their strong eyesight to identify its location.

The American robin is a familiar sight across North America. However, they are more common in the eastern parts of North America. They are commonly seen in parks, yards, and fields during summer and spring when they forage earthworms on the ground.

What Do European Robins Eat? 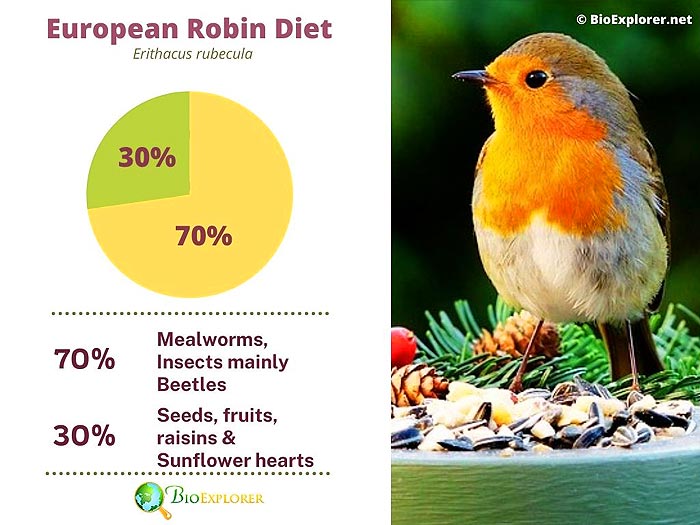 Hunting techniques: The European robin hunts by digging the ground to find mealworms. Their good sense of hearing helps them dig for worms in places where they can hear their sound vibrations. European robin digging is a common sight during the spring, when the ground has thawed and summertime. During winter, when worms and insects are unavailable, European robins display frugivory tendencies.

The European robin can be spotted throughout Europe, except in western Siberia and Russia.

What Do Swynnerton’s Robins Eat?

The Swynnerton’s robins are primarily carnivorous, including insects such as ants, beetles, wasps, and termites. A previous study confirmed that these birds consumed insects categorized under the Order Plecoptera. They have also been documented to consume frogs and fruits. Insects make up about 80% of their diet. They draw the rest of their nutrients from consuming fruits.

Hunting techniques: The Swynnerton’s robins hunt for insects on the forest floors, where they toss leaf litter, and then they capture whatever they can. They at times stalk army ant swarms and capture fleeing insects. They also hawk insects aerially.

The Swynnerton’s robins can be spotted in some of the mountainous ranges of Tanzania (east Usambara and Udzungwa mountains), Mozambique (Mount Mabu), and Zimbabwe (Bvumba mountains). This bird can also be found in moist lowland forests. This bird favors the dense undergrowth in forests.

What Do Kalahari Scrub Robins Eat?

The Kalahari-scrub robin is omnivorous. It is mainly insectivorous. Its main diet includes beetles, ants, termites, moths, butterflies, larvae, bugs, mantids, and grasshoppers. This bird also eats spiders. About 90% of their diet is composed of insects. The other 10% is supplemented by plant matter.

Hunting techniques: The Kalahari-scrub robin often forages on the ground, where it stalks and catches its preferred prey.

What Do Seychelles Magpie Robins Eat? 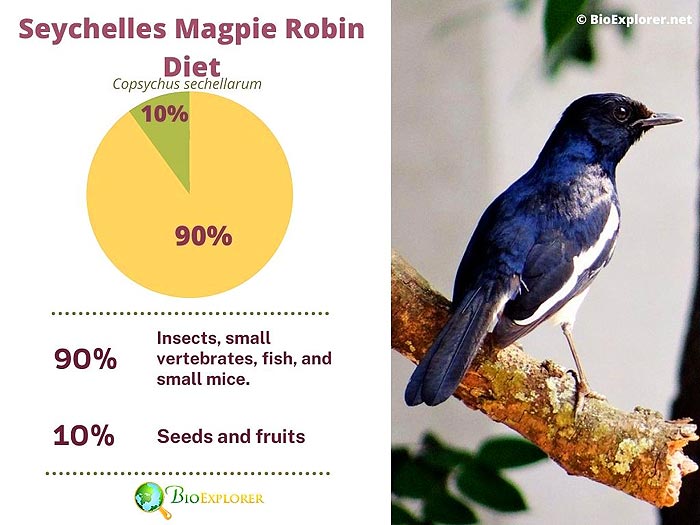 The Seychelles Magpie robins are mainly carnivorous. They consume insects, other small invertebrates, fish dropped by seabirds, and small mice, which make up about 90% of their diet. A smaller portion of their diet (10%) is composed of fruit.

Hunting techniques: Seychelles Magpie robin prefers living in lowland forests where it can capture lizards and insects. However, these birds also move along with giant tortoises, which is strategic for them because these reptiles uncover this robin’s preferred prey as they lumber through the forest undergrowth and woods.

The Seychelles Magpie robin species can be spotted in different parts of the Seychelles Islands, including Fregate Islands.

What Do Collared Bush Robins Eat?

Also known as Johnstone‘s robins are primarily carnivorous. About 80% of these robins’ diet is composed of insects and caterpillars.

Hunting techniques: The collared bush robin will commonly be seen hopping on Taiwanese montane habitats foraging on the ground for food. This bird will often stalk insects before proceeding to catch, kill and eat them. These birds often hunt solitarily. During the winter season, a majority of these birds take their winter rest. However, it is worth noting that despite the harsh cold winter, a few birds will be seen on the montane highways looking for food. During spring, flocks of the Johnstone’s robins foraging on the ground are a common sight in the montane forests.

The Collared bush robin is endemic in Taiwan, particularly on the island’s montane and sub-alpine forests. This bird will commonly be spotted in regions bordering mount Yushan, Hehuan, and Ali.

When Do Robins Eat? 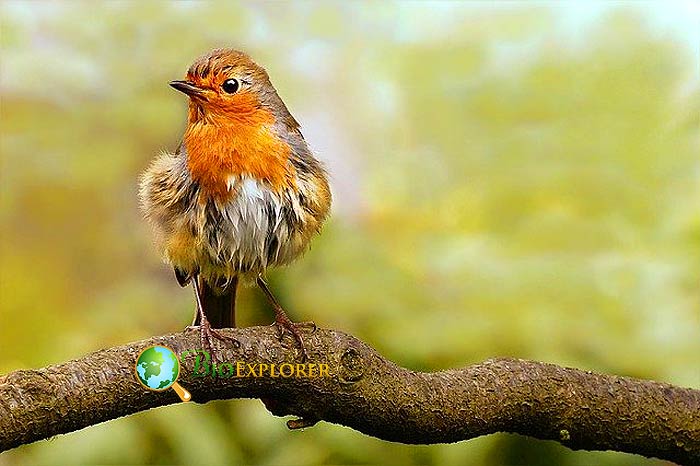 How Much Do Robins Eat? 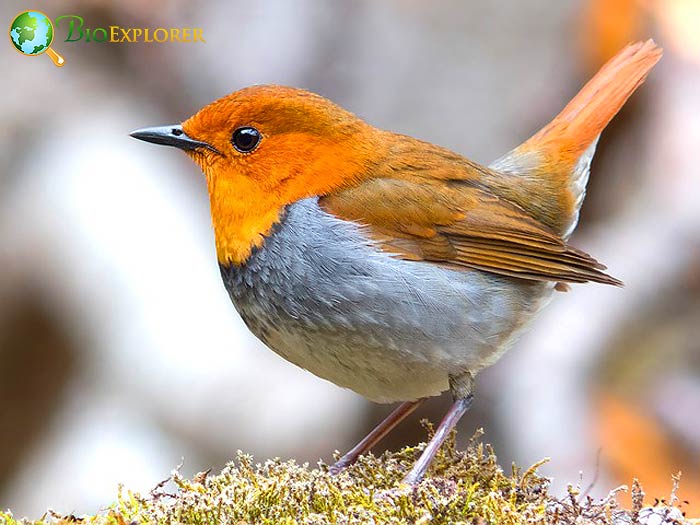 Robins can hunt and eat up to 20 earthworms an hour. Interestingly, a young robin was previously documented to eat 14 feet of worms in one day.

How Often Do Robins Eat? 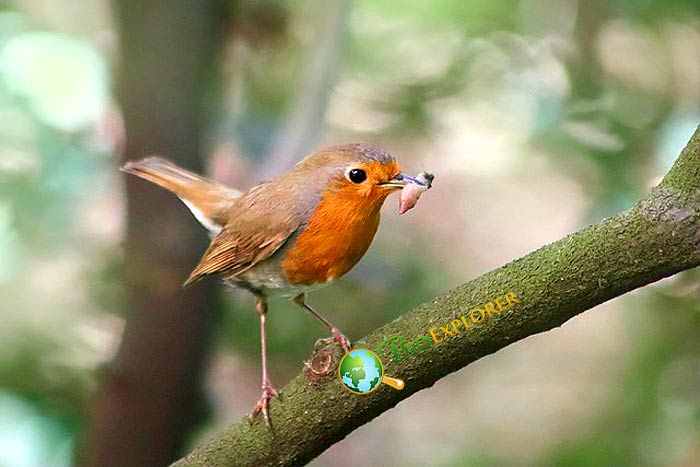 Robins will tend to the east as often as possible, as long as they can meet their daily threshold. When their preferred food source is scarce during winter, these birds resort to eating fruits and berries. In general, many winter bird species conserve body water and heat during winter. So they consume less food in this period. 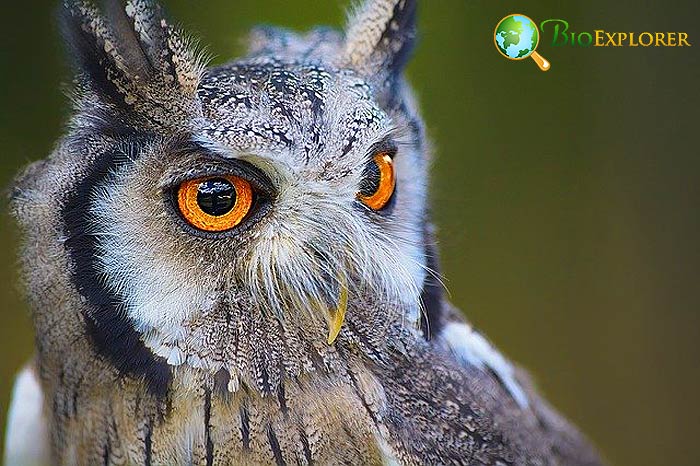 Fewer species feed on the adult members. The eggs and juveniles are threatened by many organisms. Some of the robin predators of the species studied above include the following. 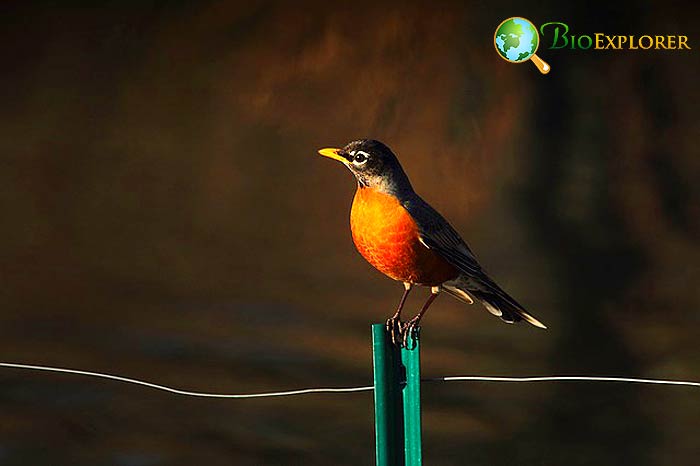 Old-World robins are mainly insectivorous. By feeding on insects, these birds play an imperative role in controlling these organisms’ local populations within their ecosystems. Additionally, robins and their eggs provide a great source of protein to their natural predators, who include but are not limited to raccoons, rodents, snakes, cats, dogs, foxes, and large birds of prey.

Yes, robins do and can eat bread. But, unfortunately, as much as they love such kinds of food, they do not provide them with the nutrition they need.

Do robins have courtship feeding?

Yes, robins engage in courtship feeding, where the male species provides over a third of its mate’s food when in the process of building nests and laying eggs.

How do baby robins get their food?

When the eggs are hatched, and young robins emerge, the task for the parents begins, at least for the next few weeks. Both parents share the role of feeding their young ones, a task that can last for up to three weeks. At the lapse of this period, juvenile robins are independent and can fend for themselves. In this regard, orphaned robins tend to have low chances of surviving.

Robins are passerine birds that are endemic to diverse habitats around the world. Most of these birds are commonly spotted in Europe, Africa, and Asia. Some robin species were previously considered to be vulnerable, but conservation efforts restored their numbers.

While some species are still on the brink of extinction, it is becoming increasingly important to promote awareness among human populations regarding the critical role these birds play in the ecosystem. The above content is one of the many ways of promoting understanding of robins and why conserving is vital for the present and future.