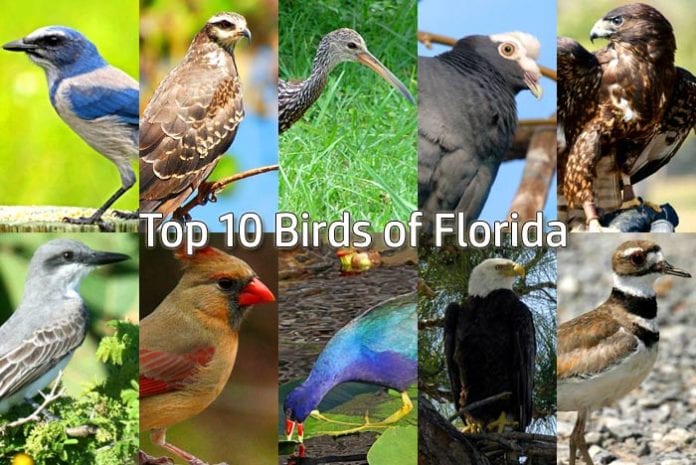 Florida Birds: Because of its unique geographic location and suitable tropical climate, Florida is home to some of the most astonishing birds ever discovered. Here, we list the top ten most spectacular Florida birds. 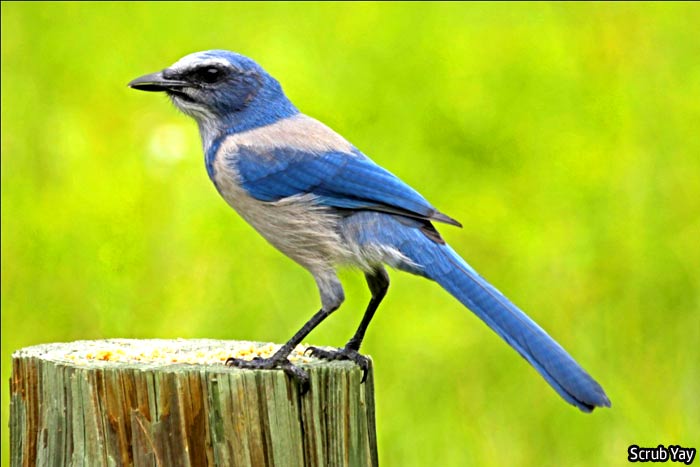 Coming from the genus Aphelocoma which means “smooth-hair“, the Florida Scrub-jay Aphelocoma coerulescens is the rarest of the five species of the genus. 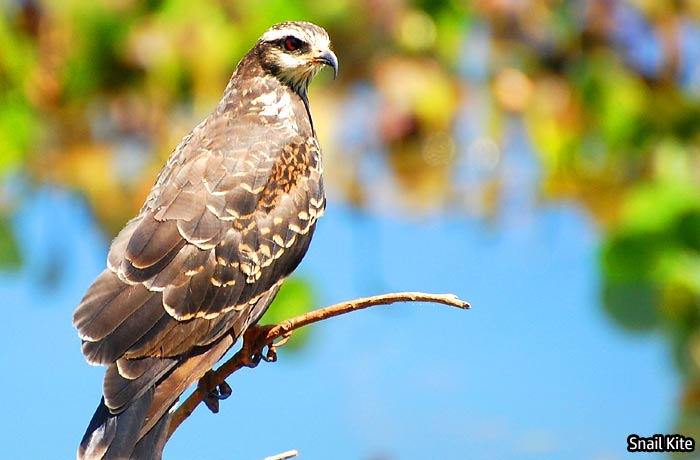 The Snail Kite bird Rostrhamus sociabilis can be considered as one of the most morphologically distinct raptors in the world. This is because of its presence of a highly modified and strong bill that enables it to feed on snails, Apple snails Pomacea in particular. 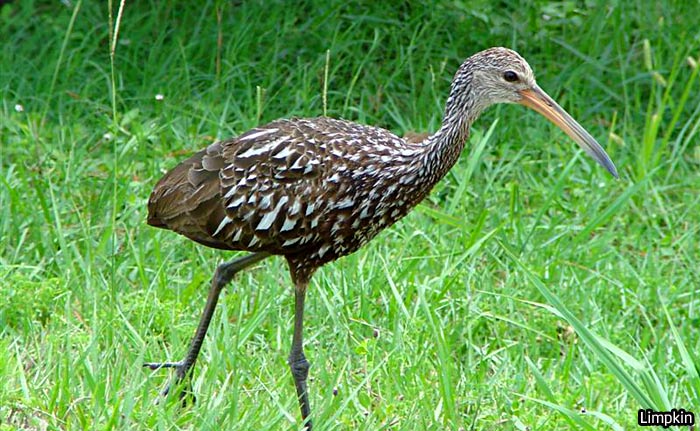 Limpkin is an unusual bird that thrives in the wet marshes of Florida. In these habitats, it can be seen feeding on Apple snails Pomacea with its long bill. 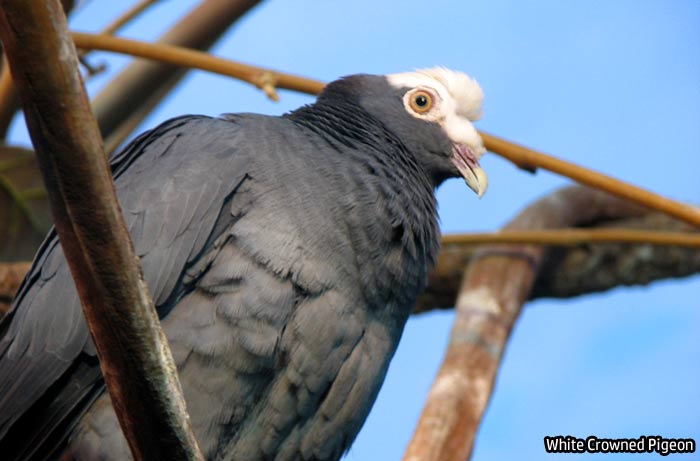 The next bird in this Florida birds list, the White Crowned pigeon is endemic only to the southernmost part of Florida and Keys in the United States. 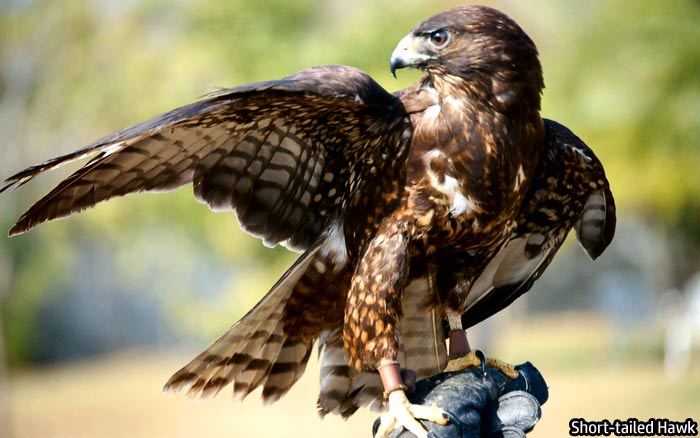 Widely distributed in Florida, the Short-tailed hawk is known to inhabit the evergreen forests and foothill forests of the area. This Florida bird is mostly observed flying as it hunts for its prey, normally smaller birds. 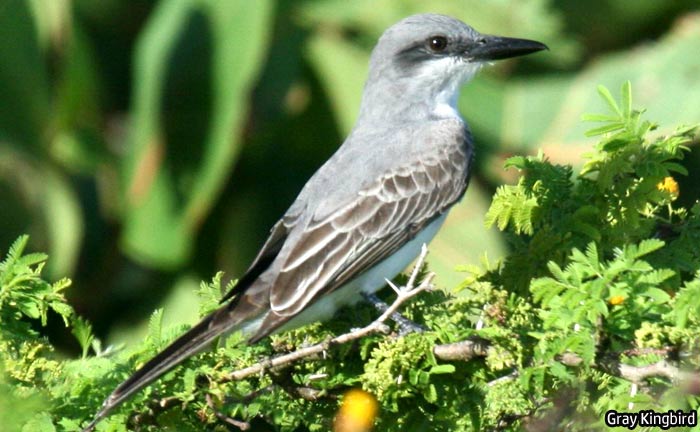 During the first days of April, Gray Kingbirds arrive to Florida from the cold lands of Caribbean. 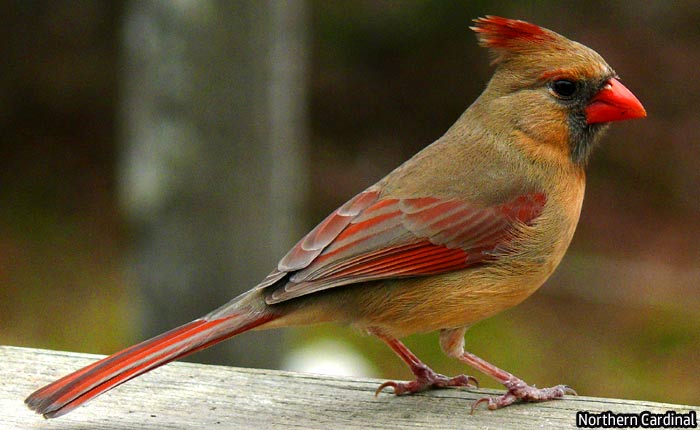 The Northern Cardinal is a medium-sized songbird of Florida that exhibit sexual dimorphism. Males have an overall red plumage with a black face mask, whereas females have light brown to greenish brown plumage and some red highlights. Females also lack black face masks. 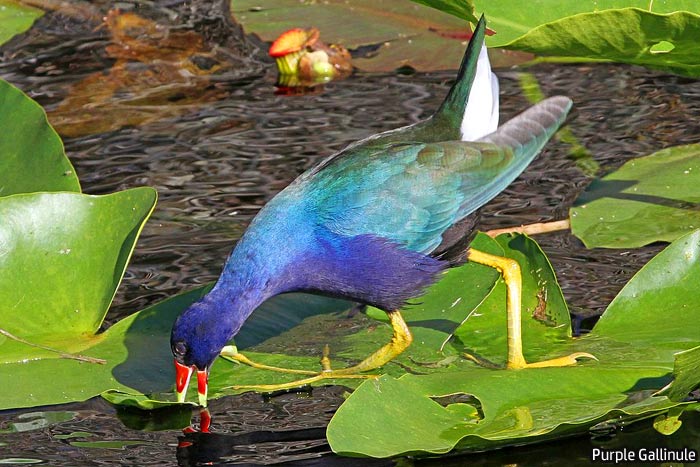 Just about the size of a chicken, the Purple Gallinule is a brightly colored bird adorned with blue-green feathers, red bill tipped with a bright yellow color, and long yellow legs. Check out this Florida bird which was also featured in the most colorful birds list too. 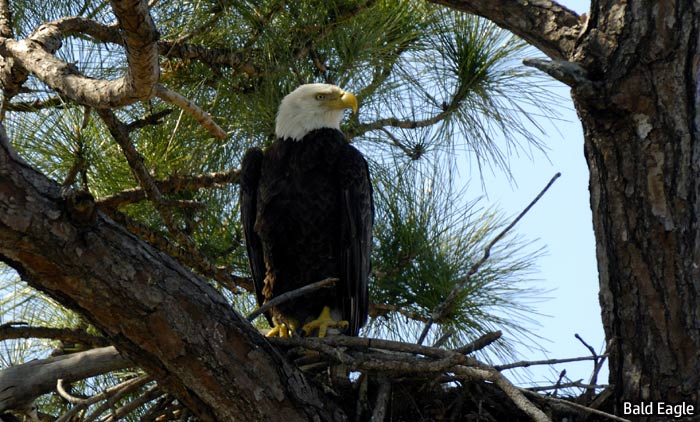 The Bald eagle Haliaeetus leucocephalus is known to be the only species of eagle that is endemic to North America. 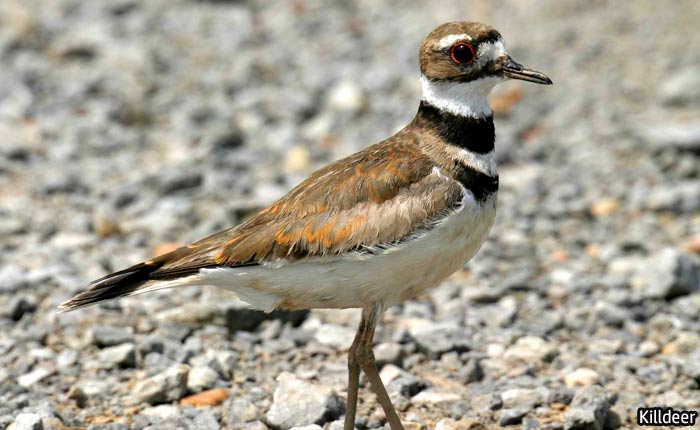 The Killdeer got its name from the killdeer call they produce. During the 1800s, killdeers often annoyed townspeople, hence getting a name like “Chattering Plover” or “Noisy Plover“.

Do you know the names of other bird species that can be found in Florida?