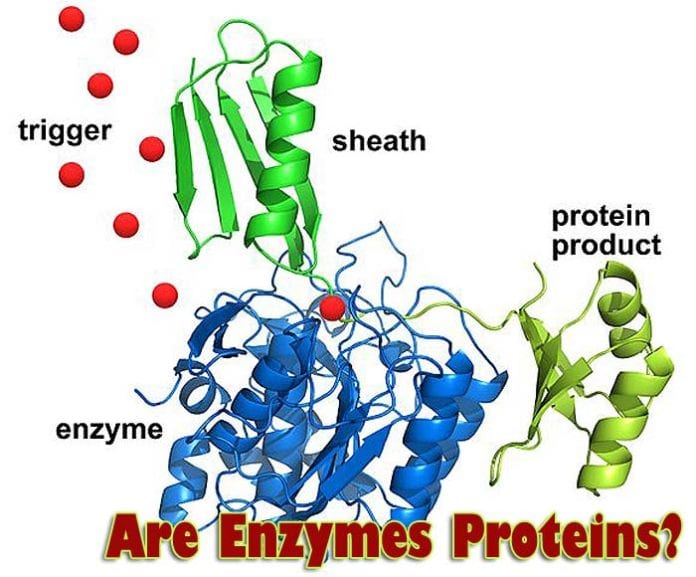 Are Enzymes Proteins? There are multiple processes taking place in our bodies. They are possible because of enzymes. These complex molecular structures perform multiple functions. Without them, many complex processes, starting from the creation of DNA itself, would be non-existent.

Let us look at them closer.

Yes. Basically, enzymes are a group of proteins that are able to catalyze reactions. Not all proteins have this property: there are structural proteins, or transport proteins, for instance.

Lately, it has been found that some other molecules too have an ability to speed up chemical reactions, but, as a rule, only catalytic proteins are called enzymes by scientists.

No, enzymes are not amino acids. Amino acids are relatively simple organic molecules. Enzymes, however, are very complex. They are what chemists call polymers. They are molecules that are composed of multiple building blocks that can make long chains.

What Are Enzymes Made Of?

There is also some evidence that RNAs also can work similar to enzymes, but most enzymes are proteins, and we will describe protein-based enzymes here.

Where Are Enzymes Found?

What Are Enzymes Active Sites?

The proteins that work as enzymes are not simple chains. They usually are folded up into complex shapes. The shapes they form are essential. Each protein has a particular area that can participate in reactions with other molecules.

If you look at a wholly formed protein in 3D, it would be the hollow or cleft -like area composed of polar or non-polar amino acids that can specifically interact with a minimal number of molecules. This area is called the active site of an enzyme.

What Properties Do Enzymes Have?

Colloids are gel-like substances. The Cytoplasm of the cell is a colloid made up of different molecules, for example. Due to that property, they are relatively stable chemically and can be isolated with special methods, such as dialysis.

Catalytic means that enzymes can significantly speed up reactions. For example, if you have a solution with two molecules that can potentially react with each other, the addition of the enzyme can speed up reaction from 108 to 1012 times compared to the usual rate.

Each type of enzyme works with only one type of reaction or molecule. For example, enzyme lactase breaks up lactose and cannot react with anything else.

Cofactors are non-protein molecules, often elementary (for example, zinc). Without them, the enzymes are unable to participate in reactions.

How do enzymes work & speed up chemical reactions?

The ability of the enzyme to perform its function depends on its active site. The active site is formed by the residues of amino acids in such a way that it can bind to a molecule of a particular composition and shape. This mode of action is called the lock-and-key model.

If those molecules were just placed in the solution, they would react much slower. It happens for several reasons:

When the reaction is finished, the products no longer fit into the active site of the enzyme, so they are released. Another molecule can take its place, and the whole process can begin again.

Inhibitors that can block the enzymes have similar shapes to the “correct” molecules, but they bind to the active site in the slightly wrong way so that the specific activity of this particular protein (for example, ability to attach chemical groups) is blocked.

What functions do enzymes perform in the cell?

There are several types of enzymes:

In the natural environment, enzymes are responsible for digestion and creation of new molecules (nucleic acids, lipids, and other proteins).

They can also modify and control the activity of other molecules. Humans also use enzymes in the industry (Example: Washing powders).

Enzymes are crucially important for our well-being. For example, when the system of digestive enzymes fails, we can get severely sick, as we are unable to take up nutrients from our food. Because of their importance, enzymes are an active focus of researchers. There are still many things we do not know about them. 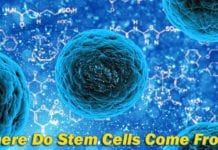 Where Do Stem Cells Come From?