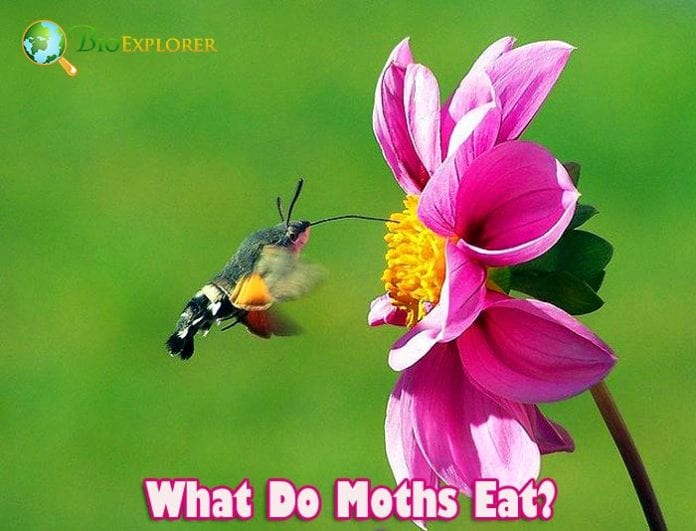 Moths are insects categorized under the Order Lepidoptera, which they share with butterflies. Over 160, 000 moth species exist in the world today, with many of these yet to be described scientifically.

Moths eat many different things. A majority of the moths dine on leaves and flowers from plants. Some caterpillar moths feed on seeds, fruit, animal products like fur or beeswax. In contrast, the carnivorous ones consume aphids and other soft-bodied insects.

This page will shed light on the different types of moths, pointing out what they eat and how they hunt. We will also explore insight into when moths eat, how often they eat, what predates on them, and their role in the animal food chain.

What Do Atlas Moths Eat? 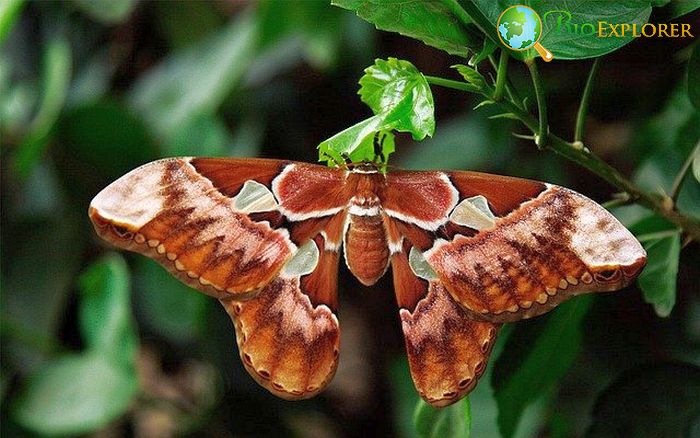 Atlas moth (Attacus Atlas) is one of the largest insects on the earth. Their wingspan can extend up to 12 inches wide, which explains why they are considered giant moths.

What Do Tiger Moths Eat? 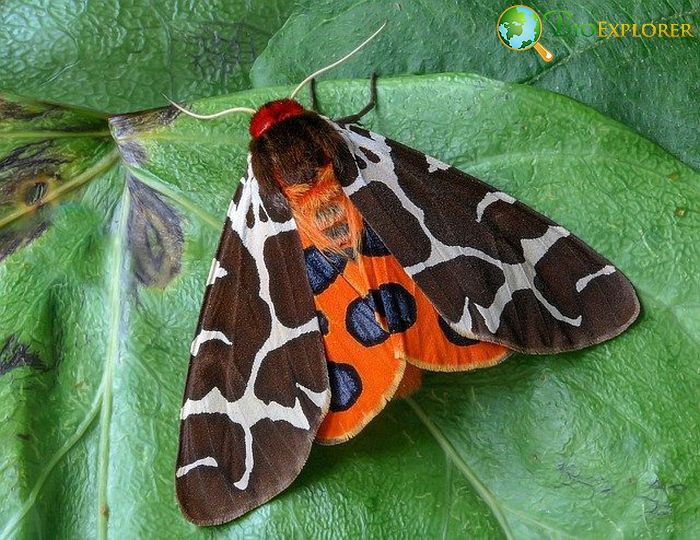 What Do Wavy-lined Emerald Moths Eat? 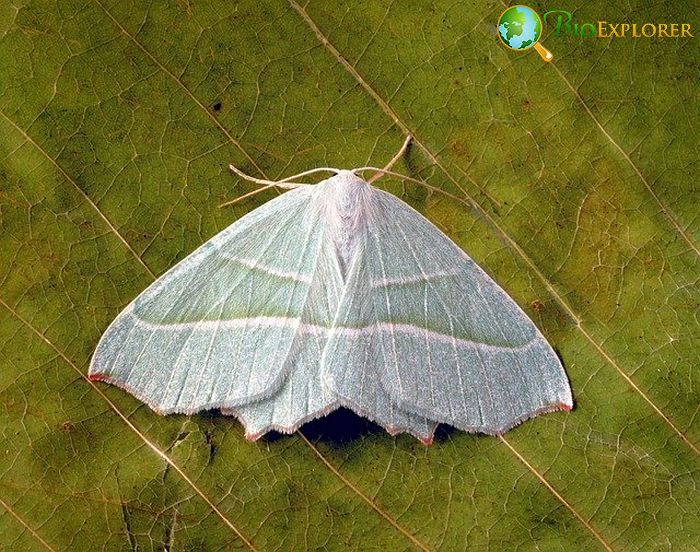 The wavy-lined emerald moth (Synchlora aerate) is classified under the family Geometridae.

What Do Rustic Sphinx Moths Eat?

Rustic sphinx moths are classified under the family Sphingidae, alongside other sphinx moths. 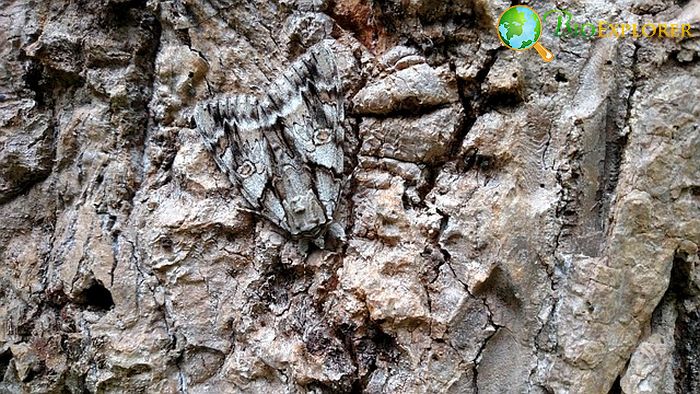 What Do Small Emerald Moths Eat?

What Do Elephant Hawk Moths Eat? 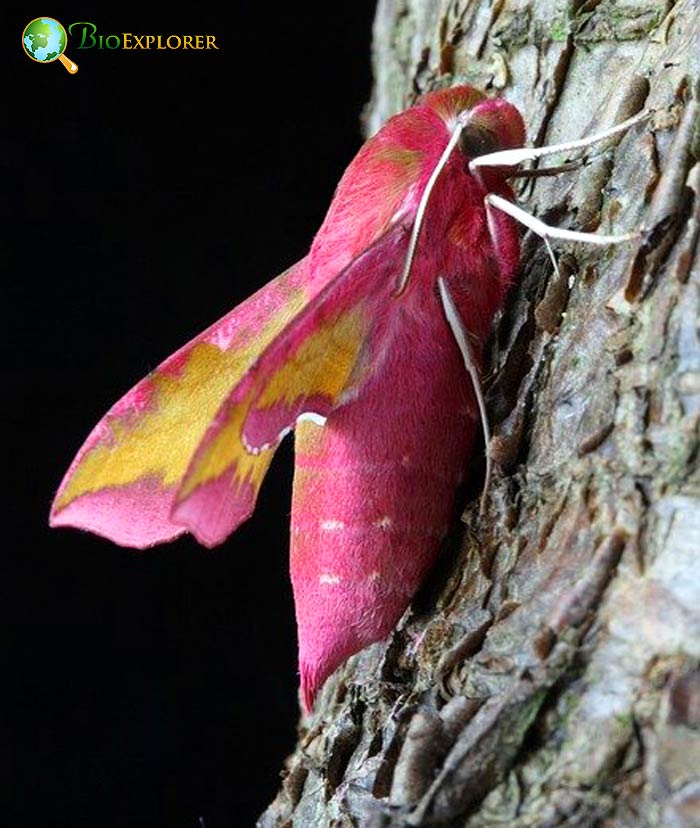 The Elephant hawk-moth is a beautiful gold and pink moth, often spotted at dusk in habitats like gardens, grassy lawns, woodlands, and parks.

What Do Rosy Maple Moths Eat? 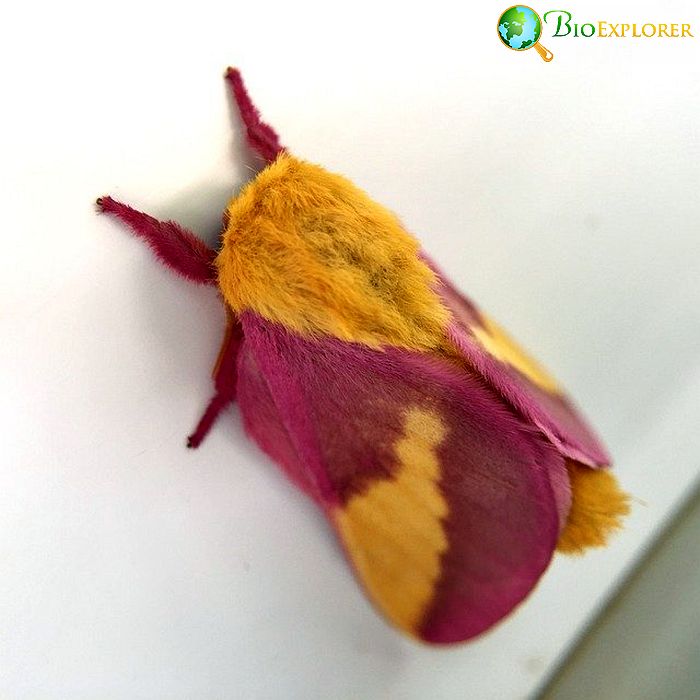 The rosy maple moth is native to North America. This moth species commonly inhabits temperate deciduous forests in this region.

What Do White Ermine Moths Eat? 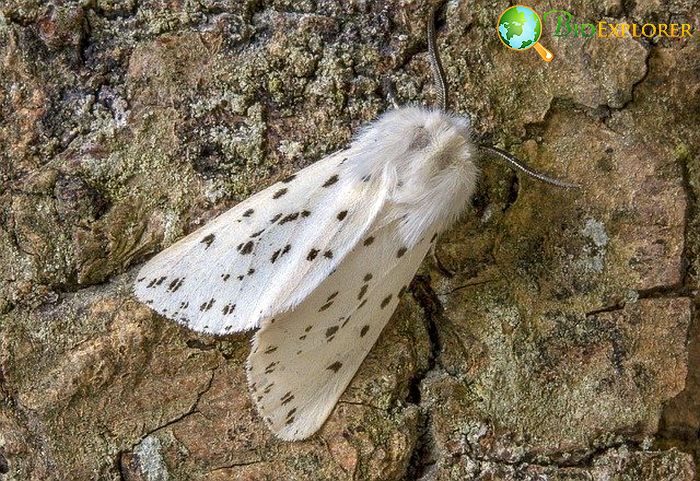 The white ermine moths (Spilosoma lubricipeda) are medium-sized moths that get their name from their appearance. 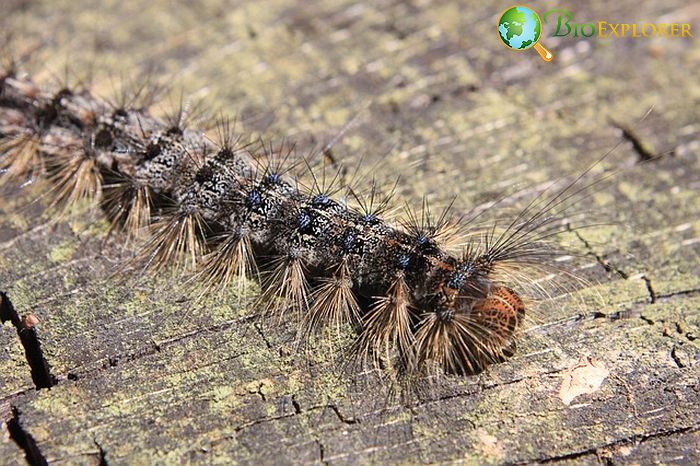 The eastern tent caterpillar moths are widespread in the central and east parts of the United States of America.

What Do Green-spotted Moths Eat?

What Do Redbud Leaffolder Moths Eat?

The adult forms of the redbud leaffolder moths (Fascista Cercerisella) are small insects that are either black or dark brown and white spots.

What Do Carpenterworm Moths Eat?

The carpenterworm moth (Prionoxystus robinia) is native to the North American region, particularly in riparian habitats.

What Do Melonworm Moths Eat? 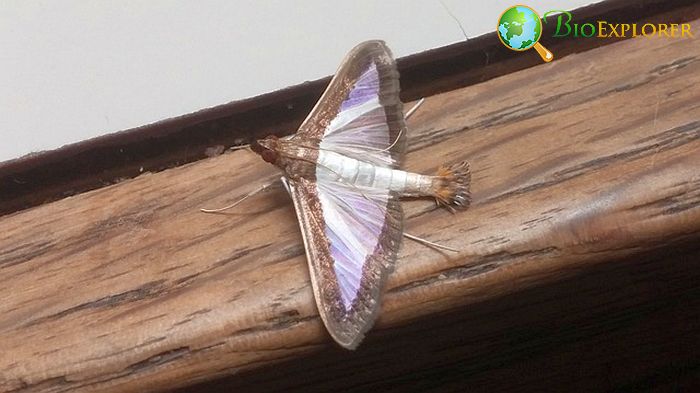 Melonworm moths (Diaphania hyalinata) are found in wide distribution in the Caribbean and central and south America.

When Do Moths Eat? 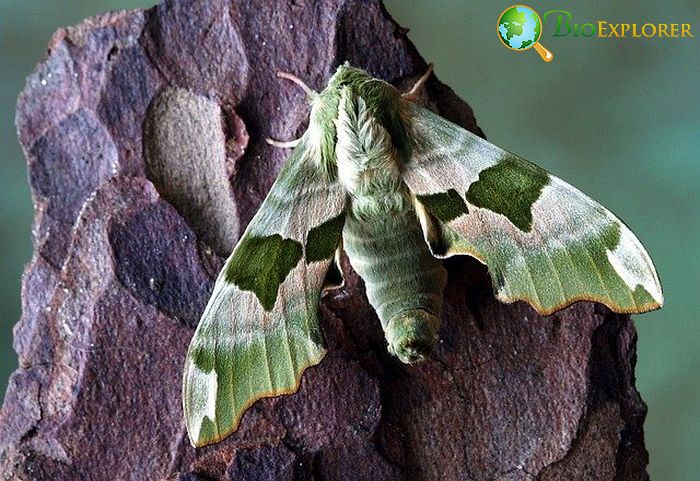 How Often Do Moths Eat? 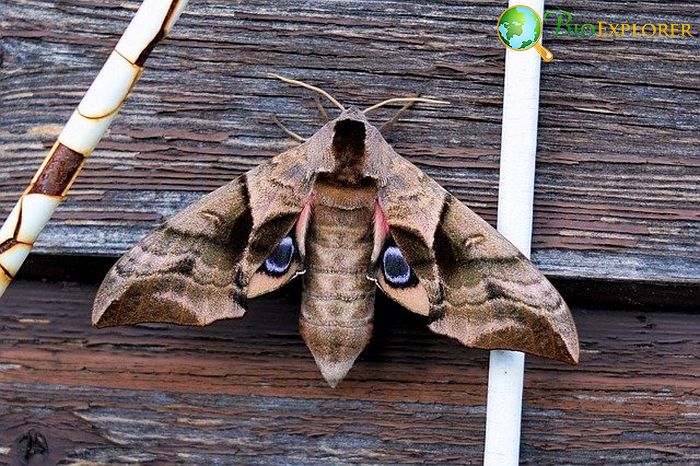 Moth larvae are the most gluttonous eaters compared to adult moths. After morphing into adults, a majority of the moth species do not eat at all. 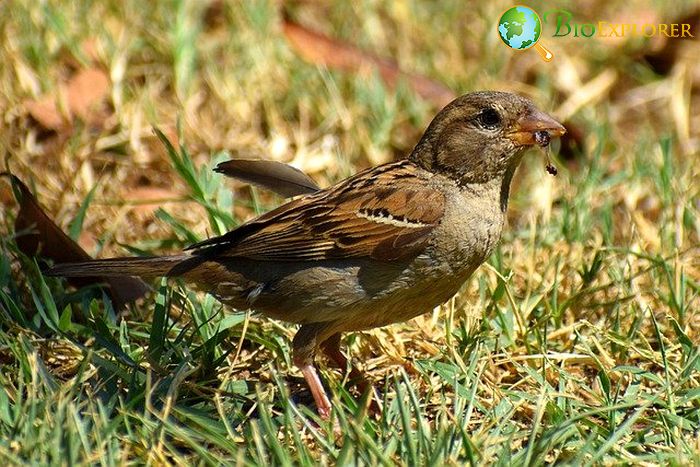 Moths are found in abundance, making them critical players at the bottom of the food chain, considering that they are a great source of nutrients to many organisms that rely on them for food.

Examples of organisms that feed on moths include but are not limited to bats, some bird species like owls, sparrows, lizards, cats, dogs, bears, some rodents, and amphibians.

Do Moths Predate on Humans? 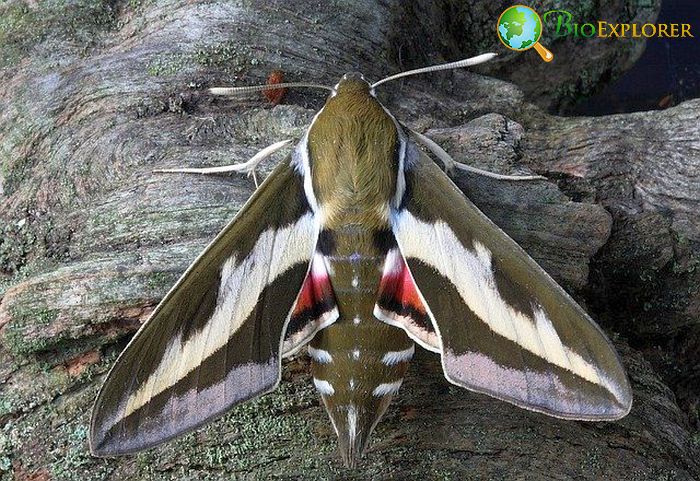 Moths do not predate humans. A majority of the adult forms lack mouthparts.

What Role Do Moths play in the Animal Food Chain? 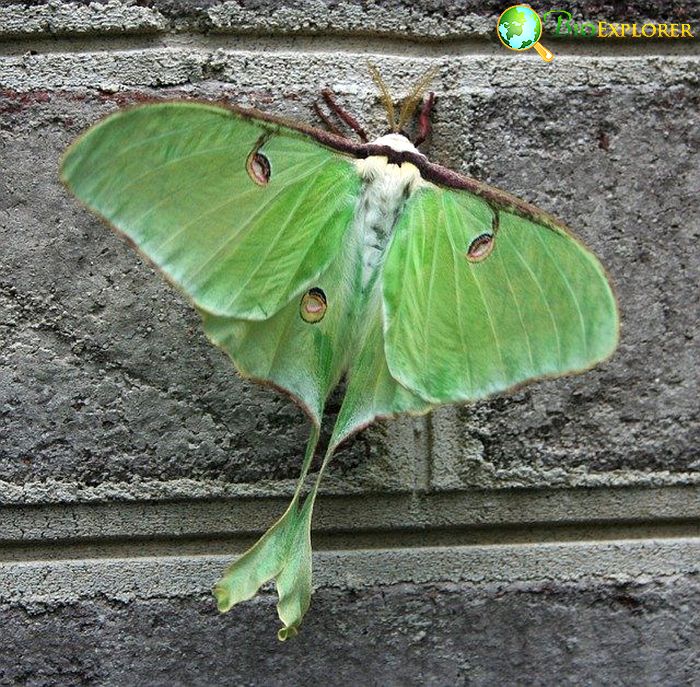 Moths play an instrumental role at the bottom of the animal food chain because of their abundance.

This implies that their absence or a massive decline in their numbers indicate a compromised ecosystem.

What Do Crickets Eat?