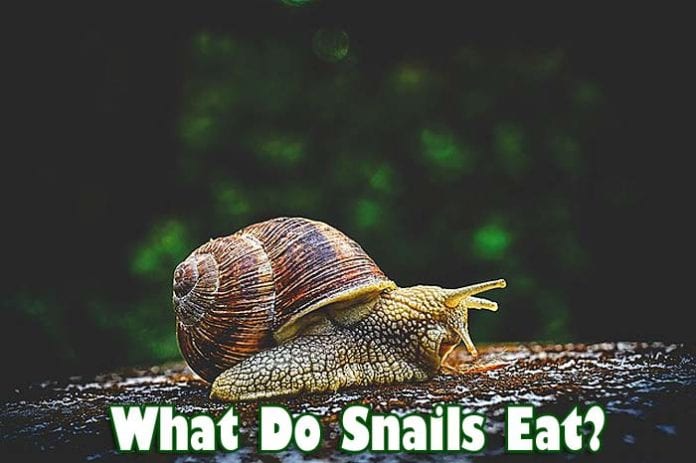 What Do Snails Eat? Snails are categorized under the phylum Mollusca, making up the largest class of invertebrates. These miniature creatures are diverse feeders and what they eat depends on their classification as herbivores, carnivores, omnivores, and detritivores.

Their diet is also determined by their body needs, e.g., the body’s need for calcium. As such, these little creatures eat an assortment of foods which may include plant matter, animals, decomposing material, sand, and small stones.

In this article, we will explore what do snails eat and their diets by different types of snails in the world of Mollusca.

Suggested Reading: Speaking of decomposing material, What Do Beetles Eat?

What Do Snails Eat?

The snails identified above consume varied diets, as summarized below: 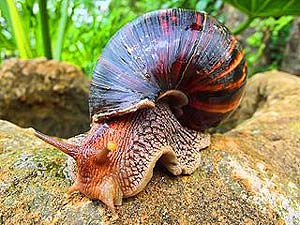 As the name suggests, this snail is native to Africa, and it is one of the largest snail species considering its approximate length of 20 cm. This gastropod is considered to have a high reproduction rate. Its habitat constitutes river banks, streams banks, shrublands, gardens, plantations, and wetlands. It also has its home in a myriad of urban locations. This type of snail thrives in habitats that are humid and hot.

What Do Roman Snails Eat? 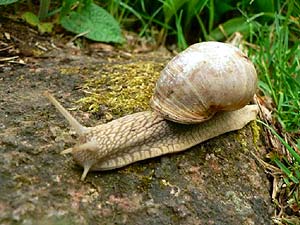 The Roman snail is native to Europe. This gastropod mollusk is widely known because it is edible. Its habitat mainly constitutes temperate forests which record low rainfall and have humid temperatures.

What Do Garden Snails Eat? 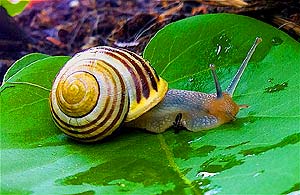 The Garden Snail is also mainly herbivorous eating a vast range of plant matter. Sometimes they are also detritivores and omnivores. They feed on the decomposing organic matter from plants and animals, and even crushed animals like other snails and worms.

This gastropod is also referred to as the European brown garden snail, and its habitat is mainly terrestrial land. This type of snail is small and ubiquitous thanks to its proliferation in terrestrial areas around the globe.

What Do Mediterranean Green Snails Eat? 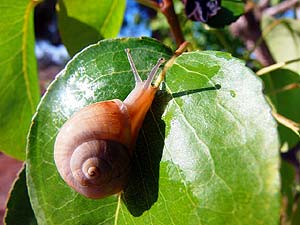 This type of snail is commonly found in the North African region. Its habitat is mainly in the rainforests. It is also native to Europe in the area near the Mediterranean Sea.

What Do Orchid Snails Eat? 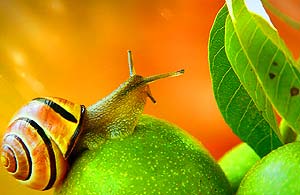 Orchid Snails are Herbivores who feed on horticultural vegetation including orchids.

This bluish-grey gastropod mollusk is originally from North America. This is a small mollusk whose diameter can go only up to 6 mm. Its habitat is mainly in greenhouses, in orchids and other cultivated regions.

What Do Atlantic Moon Snails Eat? 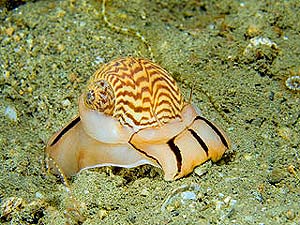 As the name suggests, this snail is commonly found in the Atlantic area, implying they are sea/marine snails. The habitat typical for these gastropod mollusks is in the marine environs.

How Do Snails Hunt? 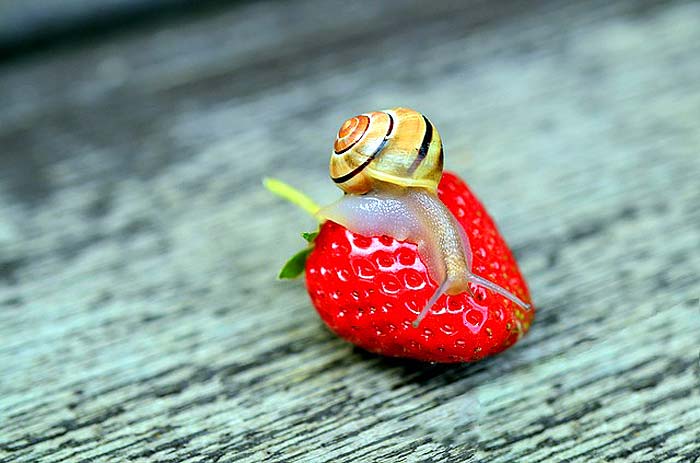 Hunting is typical for carnivorous or cannibalistic snails like the moon snails.

When Do Snails Eat? 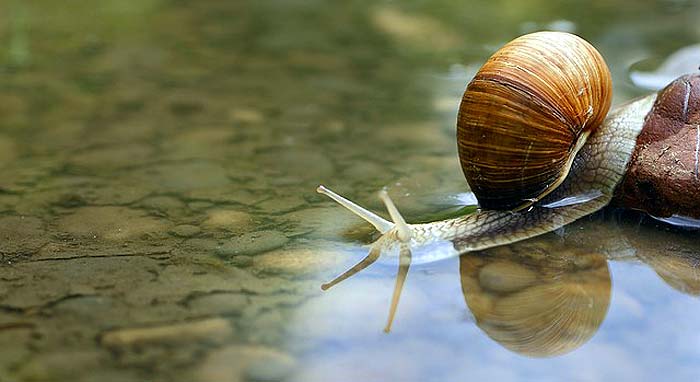 Snails are nocturnal feeders meaning they prefer dining at night as opposed to during the day when they are at risk of drying out because of the harsh temperatures and light. 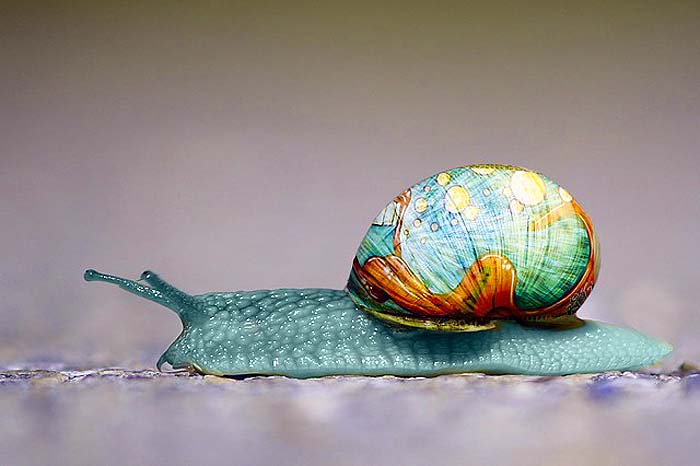 Snails eat once per day, and this is often at night. In some instances, they feed on rainy days. 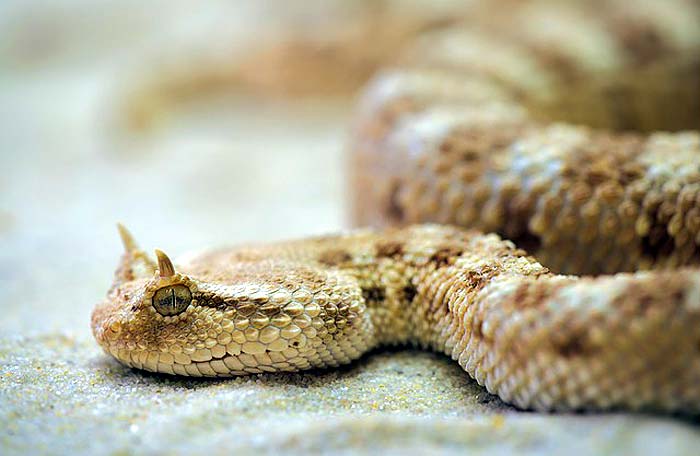 Snail predators include but are not limited to humans, other mammals such as gorillas, toads, snakes, lizards, salamanders, insects, and birds such as orioles.

Where do Snails Fit in the Animal Food Chain? 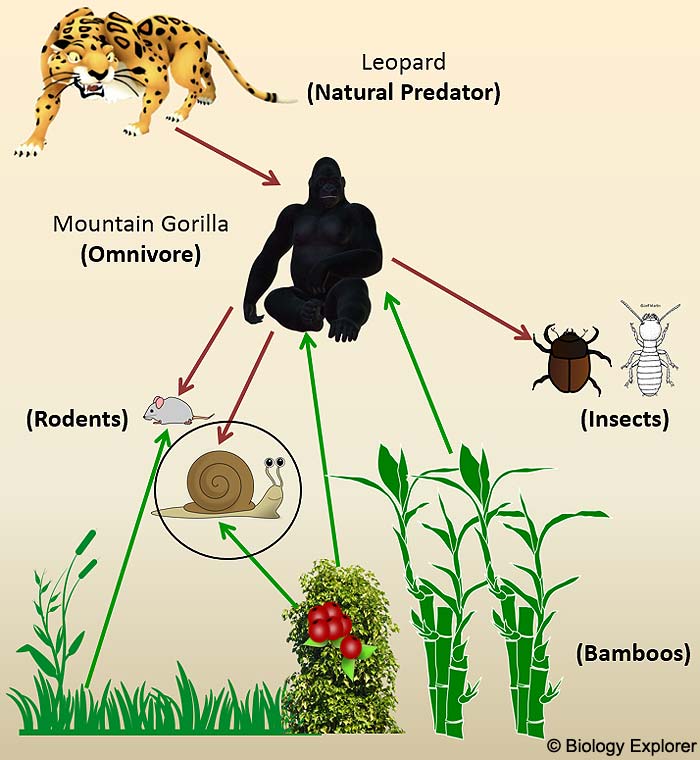 Snails have an important place in the animal food chain. They are instrumental in the process dubbed calcium cycling. These gastropod mollusks find calcium from their food, accumulate it in their shells, and further pass it to the food chain to their predators (either shell invaders or crushers).

In general, these invertebrates provide the perfect sources for not only cleaning up the ecosystem by taking their role as organic decomposers but also supplying food for a vast range of creatures in the food chain, some of which have been highlighted above.