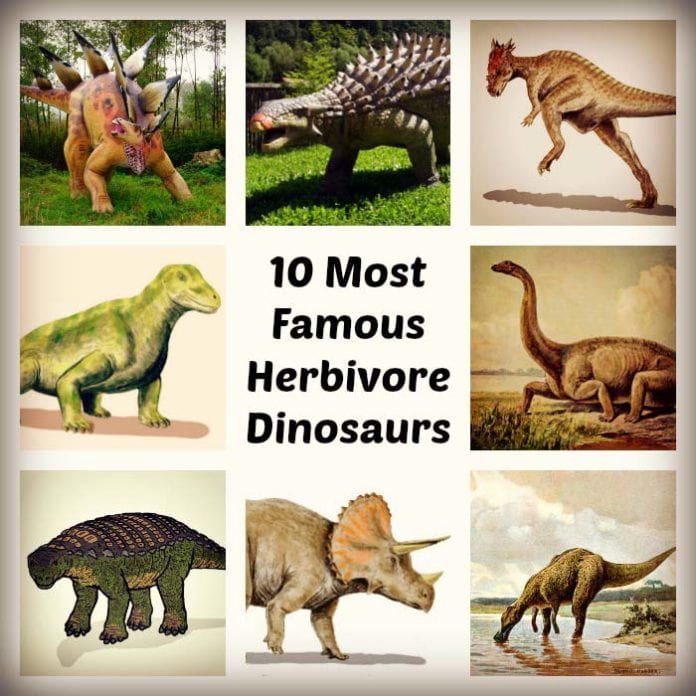 Herbivore Dinosaurs: Dinosaurs, as what we have observed in the media, are characterized as ferocious meat-eating reptilian predators. But believe it or not, only 35% of the total general dinosaur population was composed of carnivores.

The remaining 65% were herbivores! It is important to note that the success of these herbivorous dinosaurs can be significantly attributed to the special adaptations of their teeth and digestive tract.

In general, they have flat teeth that were perfect for stripping and grinding plant materials and specialized stomach acids to digest cellulose. The only way to determine their exact diet is to find their fossilized remains (referred to as coprolites) that contain the plant material.

Excited yet? Let’s not have much ado, welcome to the wonderful world of pre-historic plant eating dinosaurs! Don’t miss out the flying dinosaurs from the earlier post.

Coming from the 3 Greek syllables “tri” which means “three“, “kéras“, which means “horn“, and “ops” which means “face“, Triceratops are herbivore dinosaurs that existed in the regions of North America during the end of the Cretaceous period.

The Dracorex is an herbivorous dinosaur that existed during the late Cretaceous period. This dinosaur reached up to 4 feet high and 21 feet long and weighed about a hundred pounds. It is characterized by its long snout and a skull with numerous spikes and bumps.

Moschops is a genus of a prehistoric herbivorous mammal-like reptile that existed during the Permian Period. Much of their remains were excavated in the region called Karoo in South Africa.

The next herbivore dinosaur in this list is the Argentinosaurus , which could have possibly been the largest and most massive terrestrial animal that ever existed. The Argentinosaurus lived an herbivorous lifestyle as it fed on plants present during the Jurassic up to the end of the Cretaceous period. It had long neck to be able to reach tree tops easily.

The Stegosaurus is known to be a genus of herbivorous dinosaurs that predominantly existed in the regions of western North America during the late Jurassic period.

Characterized by having a beak-like snout, short arms, yet a very long pointed tail, the next dinosaur in this list is the Edmontosaurus.

Known for being long-necked and whip-tailed, the Diplodocus is considered to be one of the longest terrestrial animals that ever existed.

Literally meaning “sturdy lizard“, the Hadrosaurus is a genus of herbivorous dinosaur that existed in parts of North America during the late Cretaceous period.

Another known herbivorous dinosaur is the Nodosaurus , which is very notable for being one of the few “armored-plated” dinosaurs.

Literally meaning “fused lizard “, the Ankylosaurus is a genus of bony dinosaur that existed in parts of western United States and Canada during the late Cretaceous period.

Which among these herbivorous dinosaurs captured your attention the most? 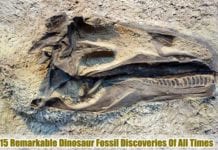 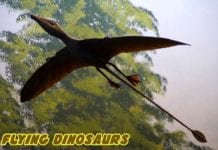 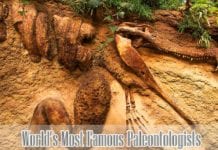