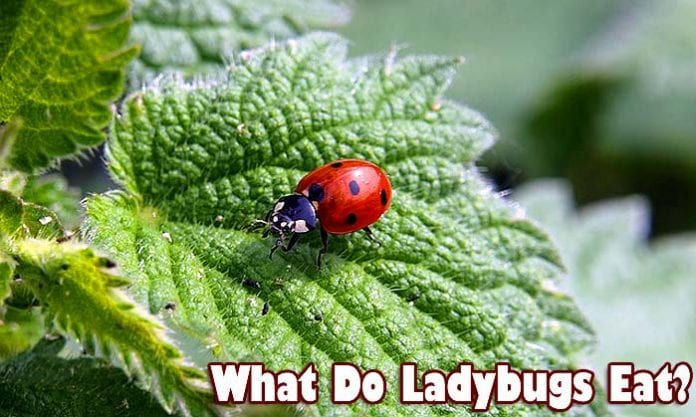 What Do Ladybugs Eat? Ladybugs are notable for their magnificent wings which are often red or orange. These insects are very good with pest control and so are useful to farmers whose crops are infested with notorious insects like aphids.

Ladybugs are primarily carnivores, insectivores in particular feeding on a diet of aphids among other insects. In the event of resource scarcity of insects, some adult ladybugs species may eat pollen.

What Do Ladybugs Eat?

Types of Ladybugs and Their Habitats

About 6,000 ladybug species exist around the world. Thanks to their wide distribution, these insects are known by different names in various regions.

For instance, in the US and Canada, they are referred to as ladybugs. In the United Kingdom and related British Commonwealth nations, they are known as ladybirds. They are also known as lady beetles in other areas.

Examples of the different types of ladybugs are given below.

What Do Seven-spotted Lady Beetles Eat? 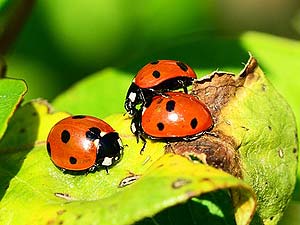 Seven-spotted Lady Beetle feeds on aphids , but in the event of their scarcity, they eat pollen, thrips, and fungal spores.

What Do Two-spotted Lady Beetles Eat? 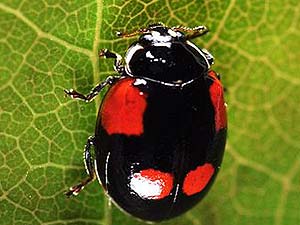 Two-spotted Lady Beetles are mainly carnivorous, and they feed on soft-bodied insects.

What Do Eye-spotted Ladybugs Eat? 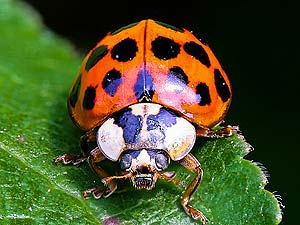 What Do Asian Lady Beetles Eat? 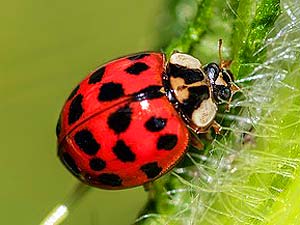 How do Ladybugs Hunt? 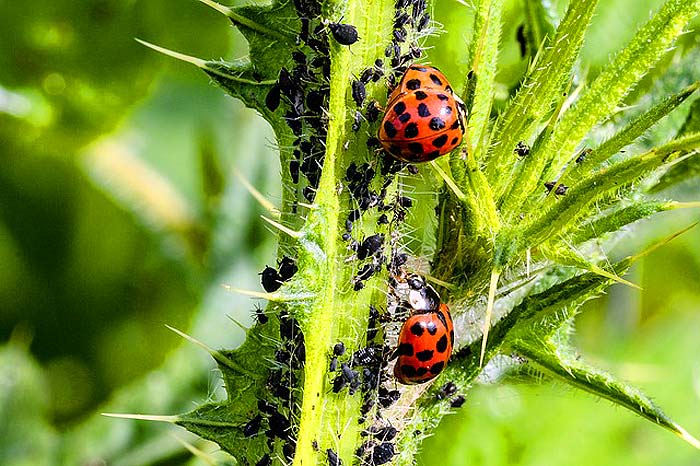 Ladybugs have mastered a more straightforward way of finding food.

When do Ladybugs Eat? 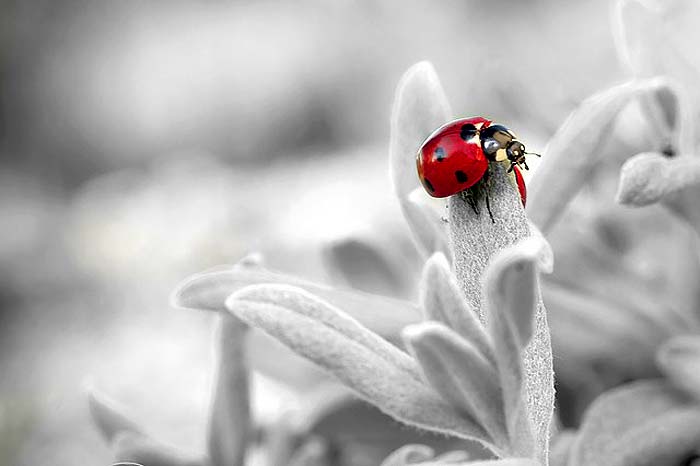 Ladybugs are mostly diurnal, meaning they are active during daylight hours. These insects tend to use sunlight for feeding and mating.

How often do Ladybugs Eat? 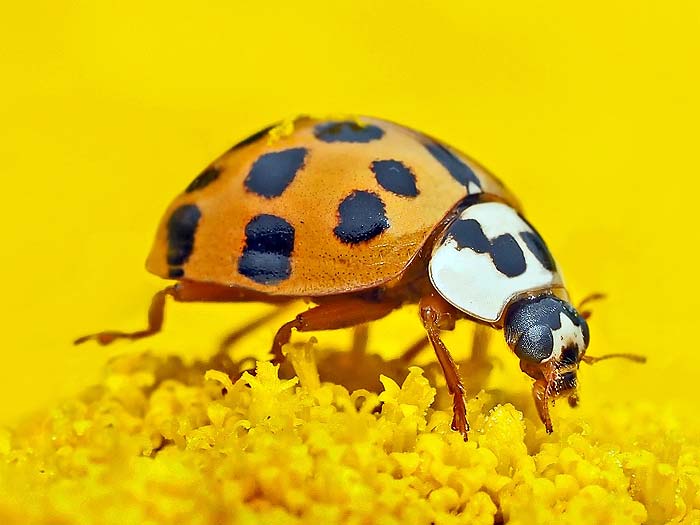 Ladybugs eat very often. Interestingly, an adult ladybug can eat up to 50 aphids while their larvae can consume 300-400 aphids, a day! 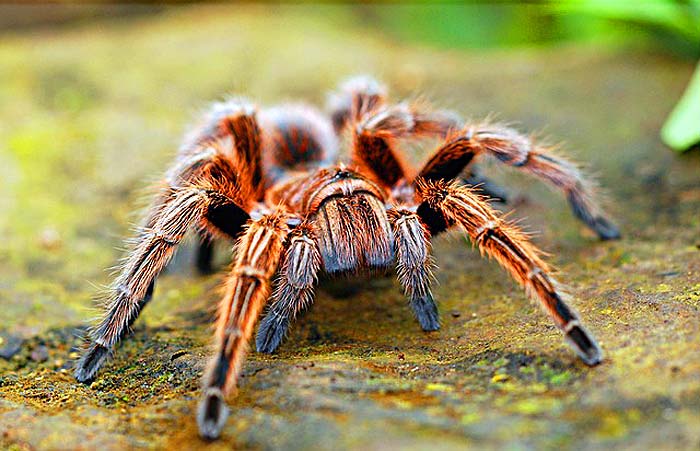 As much as ladybugs have ways of protecting themselves from predators (their bright coloration, and their secretions), they are predated on by numerous organisms found in their environment.

Some of the organisms that feed on them include birds, some ant species, other ladybugs, spiders, predatory beetles, and small rodents.

Where Do Ladybugs Fit in the Animal Food Chain?

Ladybugs play an essential role in the animal food chain as prey and predators.

As such, ladybugs prevent overpopulation of the insects they eat, thus promoting the existence of a healthy and thriving ecosystem.