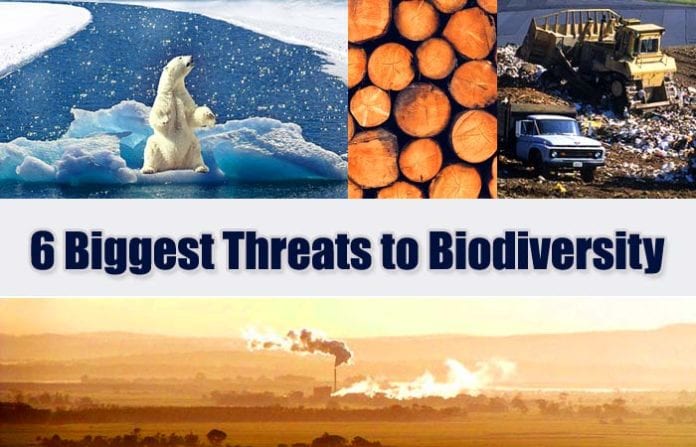 Threats To Biodiversity: Biodiversity, which literally means “the diversity of life“, refers to the variety of life forms on Earth. This diversity includes all the variations that exist in all levels of biological organization.

Biodiversity is vital to boost productivity in ecosystems where species depend on to live. However, a lot of man-made activities impose huge impacts on biodiversity.

Below, we discuss six of the major threats to biodiversity: climate change, habitat loss and degradation, pollution, invasive species, over-exploitation and epidemics. Learn how serious these threats are in contributing to the loss of biodiversity in our planet. 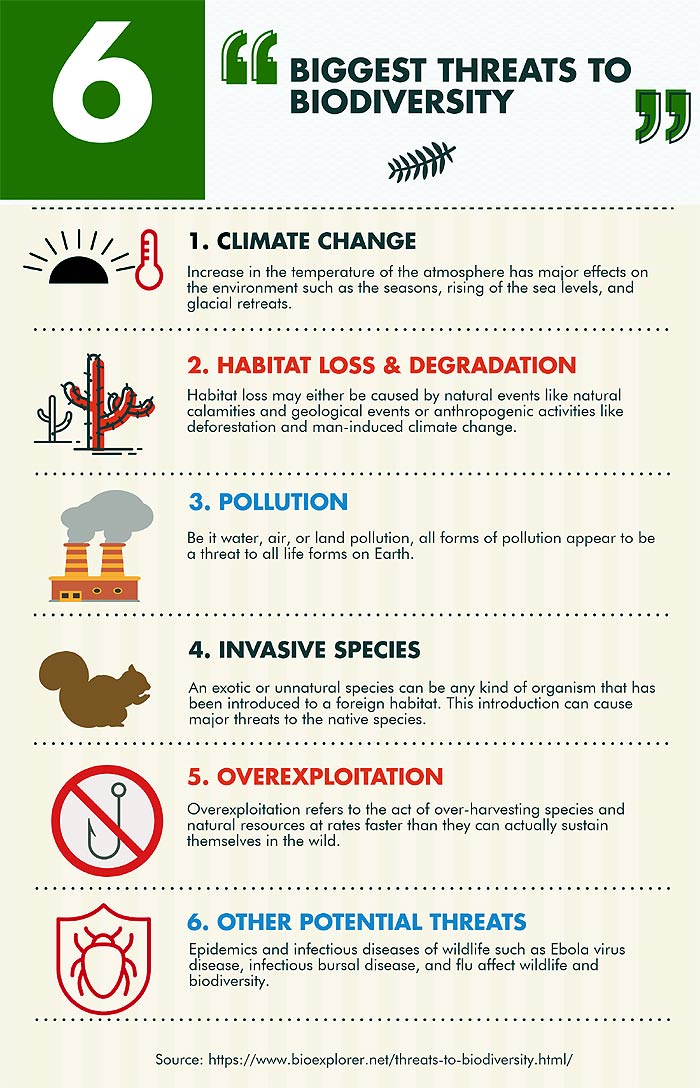 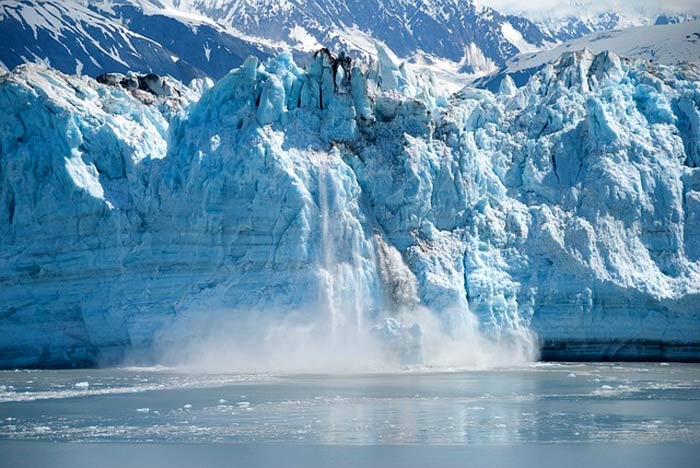 Climate change refers to the long term and irreversible change that occurs in the Earth’s climate. This increase in the temperature of the atmosphere has major effects on the environment such as the seasons, rising of the sea levels, and glacial retreats.

For humans, the rapidly increasing rate in climate change imposes great threats for human security as the natural resources are becoming more and more limited. At present, global warming and climate change already have irreversible impacts on biodiversity. And these effects, if not mitigated, can lead to more significant threats in the future. 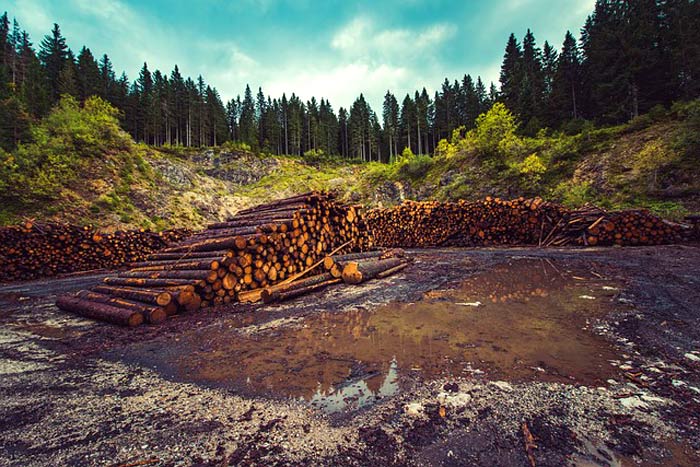 Habitat loss refers to changes in the environment that result to the rendering of a specific habitat to be functionally valuable. The habitat can no longer accommodate and support the life of the organisms present, thereby declining their population.

Indeed, man-made efforts are the prime reasons for habitat loss. At present, the practice of clearing out ecosystems for agriculture conversion and industrial expansion continues to displace organisms of their natural habitat. Other activities include logging and mining. 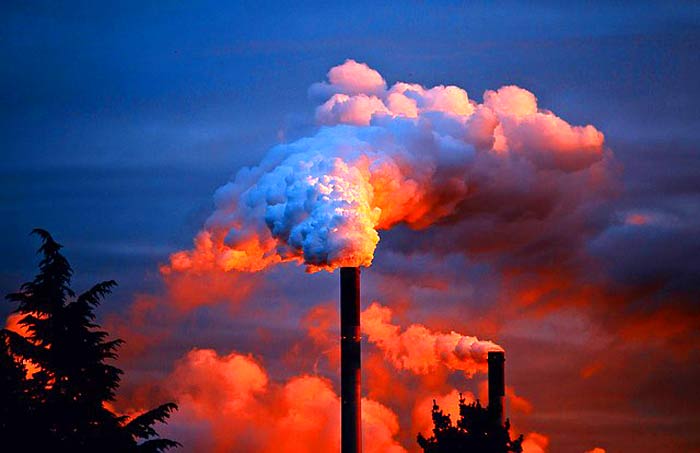 Be it water, air, or land pollution, all forms of pollution appear to be a threat to all life forms on Earth. However, it plays a major threat to biodiversity when it comes to the nutrient loading of the elements nitrogen and phosphorus.

Some types of pollution, like the depletion of the ozone layer, can be reversible. However, this shall only happen when humans stop or limit the use of various chemicals that contribute to its destruction. 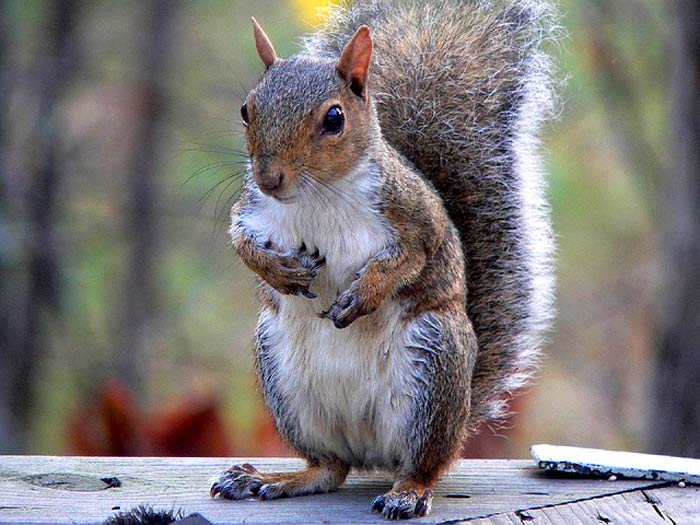 An exotic or unnatural species can be any kind of organism that has been introduced to a foreign habitat. This introduction can cause major threats to the native species as they often become subjected to great competition for resources, disease, and predation. When these species have successfully colonized the area, they are already called “invasive” ones.

Most exotic species are brought to a certain place to replace or add something to the vegetation. It is important to note that not all introduced species become invasive. Most of these attempts have become successful. 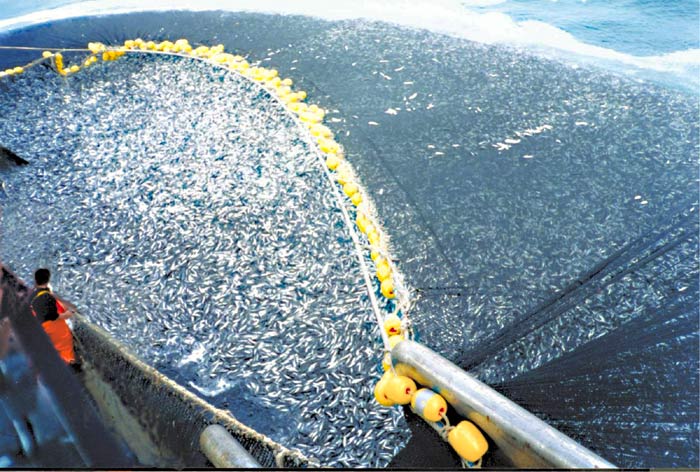 Overexploitation refers to the act of overharvesting species and natural resources at rates faster than they can actually sustain themselves in the wild. Because of this, species population is put into great risk of reduction.

If the act of overexploitation continues, it can ultimately bring extinction to many species, even if they still exist in the wild. 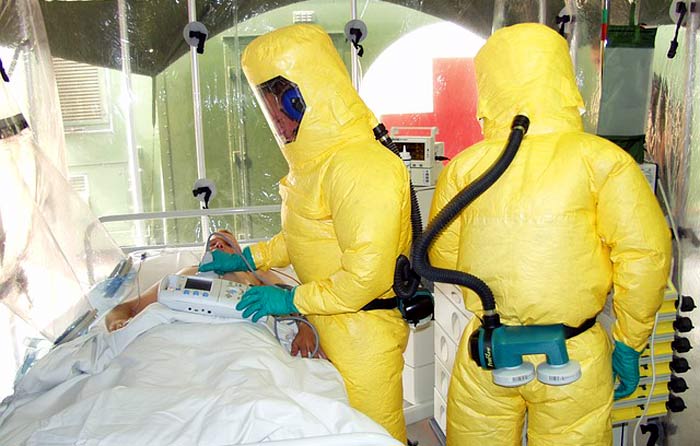 Aside from the five aforementioned threats, there are still a lot of drivers that may either directly or indirectly contribute to the loss of biodiversity. One good example of this are the epidemics and infectious diseases of wildlife such as Ebola virus disease, infectious bursal disease, and flu. This phenomenon does not only affect wildlife but also human health as well.

Clearly, human activities have the most significant impact on biodiversity loss. At present, our planet continues to face these threats to biodiversity.

In the future, your children or the younger generation might ask you a question along the lines of, “When the crisis on biodiversity became so rampant during the early 2000s, what did you do about it?” What will your answer be?