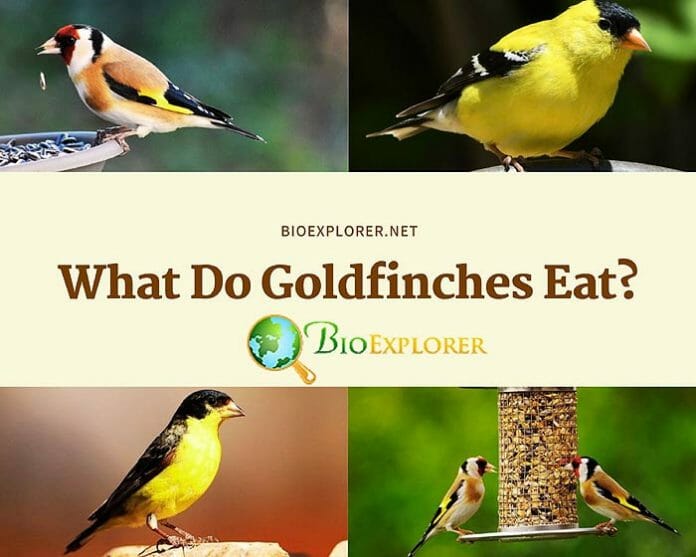 Goldfinches are omnivorous birds that consume a variety of plant and animal matter. These songbirds mainly eat seeds obtained from lavender, dandelion, teasels, and thistles. During spring, goldfinches eat small insects, which are mainly given to the young.

This article will shed more light on goldfinches, particularly their diet, how they hunt, when they eat, how often they eat, how much they eat, their predators, and their role in the animal food chain.

What Do Goldfinches Eat? 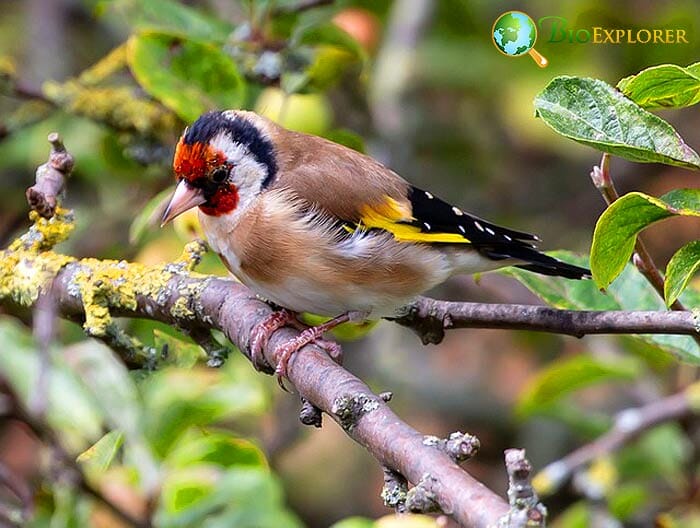 The primary diet of these types of goldfinches is plant seeds and plant leaves, and they are relatively similar to all Goldfinch types. Still, there are some particularities among them, such as how much food they prefer to eat, their bill length, overall size, and egg-to-nestling ratio.

What Do American Goldfinches Eat? 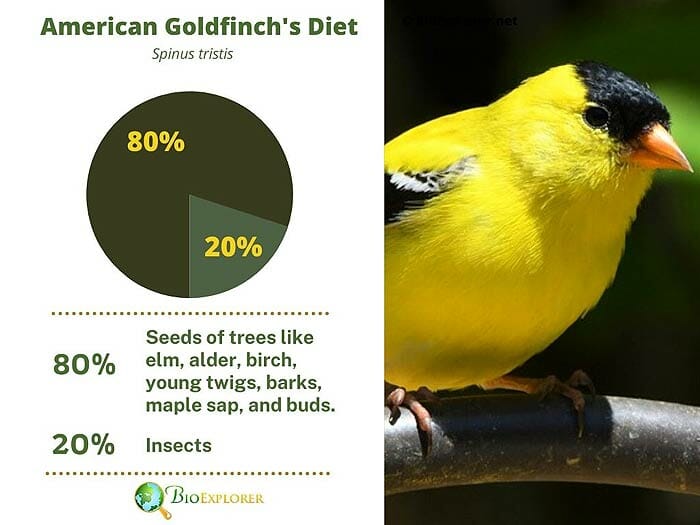 American goldfinches occasionally eat insects during summer, but they do not actively seek out the insects.

The American Goldfinches can be spotted in the Americas, particularly in floodplains and weedy fields. However, these birds can also be spotted in backyards, orchards, roadsides, and cultivated areas.

What Do European Goldfinches Eat? 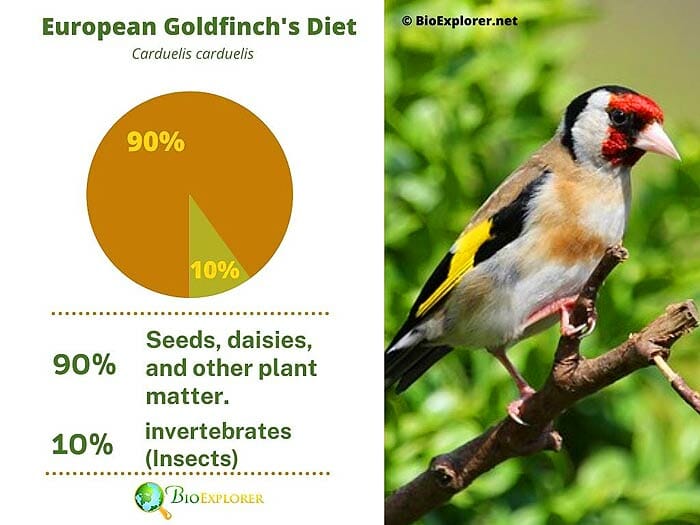 During summer and spring, European goldfinches stalk readily available invertebrates. Often, the protein-rich invertebrates are given to the young ones.

What Do Lawrence’s Goldfinches Eat? 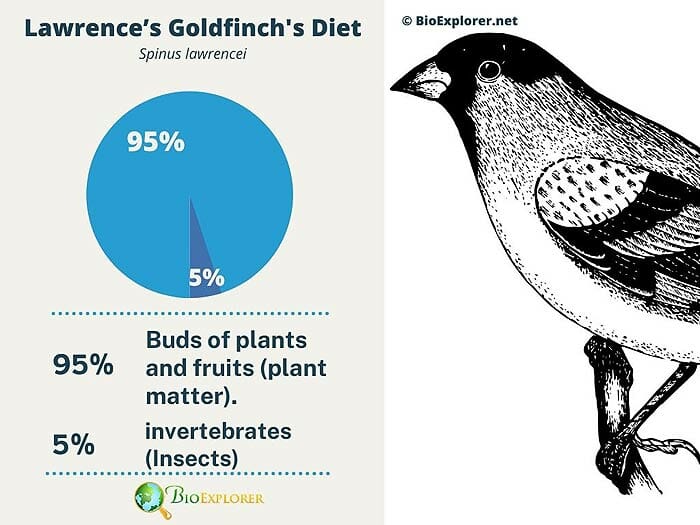 Diet: Lawrence’s Goldfinch is mainly herbivorous, meaning that about 95% of its diet is obtained from plant matter, particularly seeds. Their preferred diet entails buds of some plants and fruit. These birds occasionally eat animal matter, about 5% of their diet.

The Lawrence’s goldfinches mainly forage in trees, weeds, and shrubs. They often feed quietly after foraging on the ground. The strategy they use when looking for food is mixed flock foraging. This strategy is helpful because it increases the pairs of eyes when foraging, thus heightening their chances of hunting success.

The Lawrence’s Goldfinch can be found in Southern California, New Mexico, western parts of Texas, and southern Arizona. This bird will likely be seen in weedy fields, open oak woodlands that are dry, and next to a source of fresh water.

What Do Lesser Goldfinches Eat? 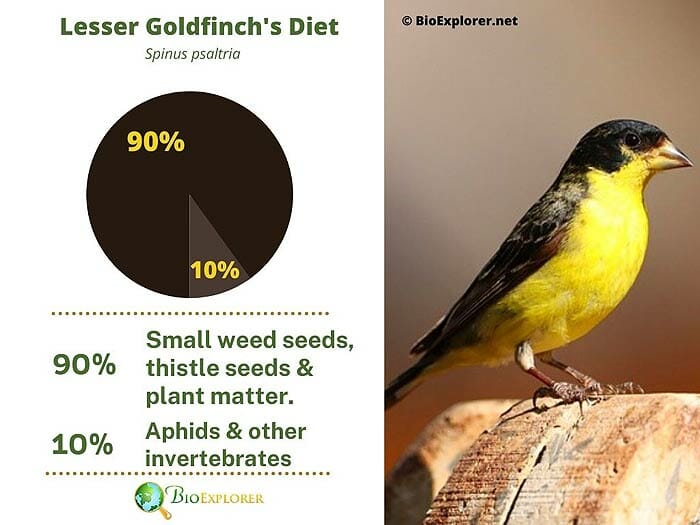 Diet: The lesser goldfinches are omnivorous, meaning they eat both plant and animal matter. · These birds feed on seeds, which make up 90% of their diet. In addition, they primarily consume tiny weed seeds, especially thistle, lavender, and teasels.

The lesser goldfinches are omnivorous, meaning they eat both plant and animal matter.

The lesser goldfinches are active foragers. Except when nesting, these birds look for food in flocks, which is strategic because it increases the pairs of eyes when spotting food.

Lesser goldfinches can be spotted in any patchy and open fields in the U.S to South America. However, their preferred habitats are those next to forest clearings, farmlands, desert oases, scrubland, and weedy fields.

When Do Goldfinches Eat? 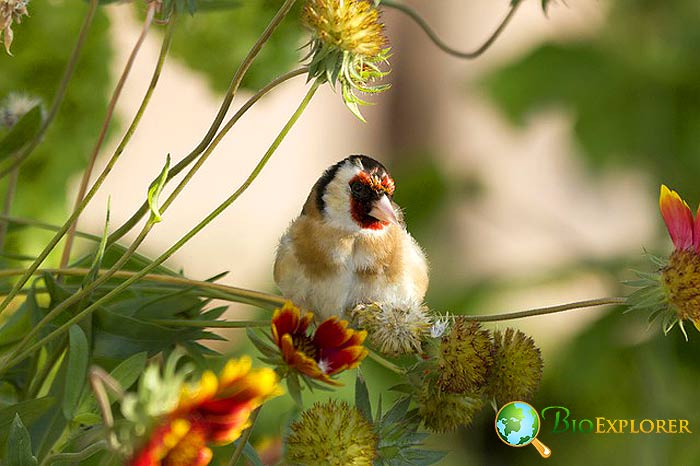 Goldfinches are diurnal feeders. This means that these birds will likely be seen during the daylight hours, hanging on the seed heads, in the quest to access their beloved seeds.

How Much Do Goldfinches Eat? 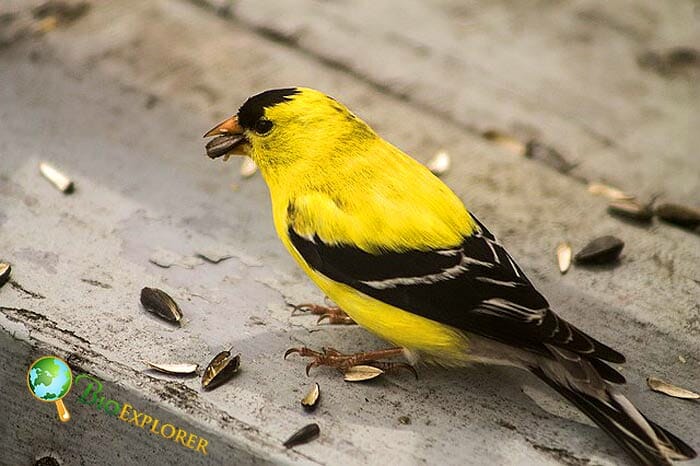 On average, birds consume about half or a quarter of their body weight daily to sustain their lives.

How Often Do Goldfinches Eat? 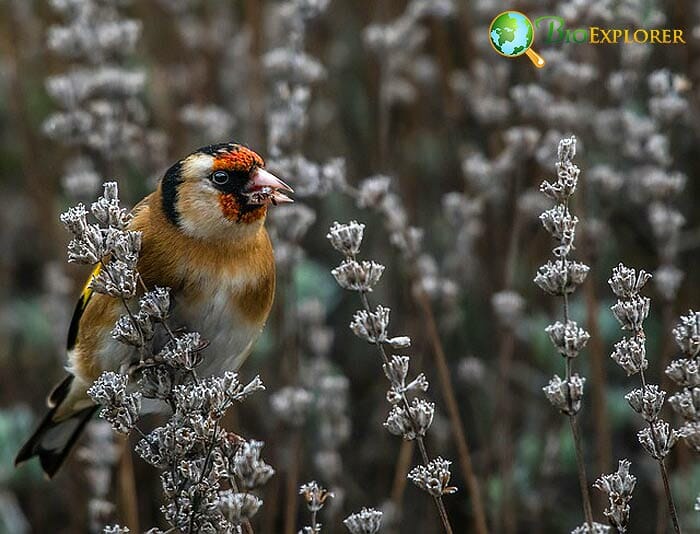 Goldfinches eat as often as possible to meet their daily energy requirements. 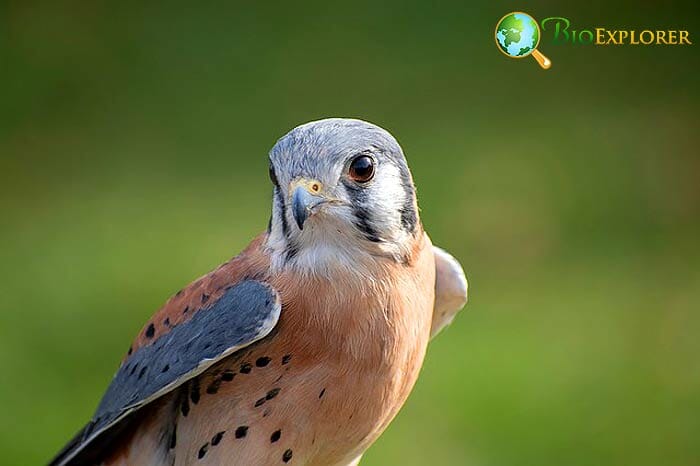 Different organisms find goldfinches to be an ideal source of nutrients. Some of the goldfinch predators for the various species are as follows: 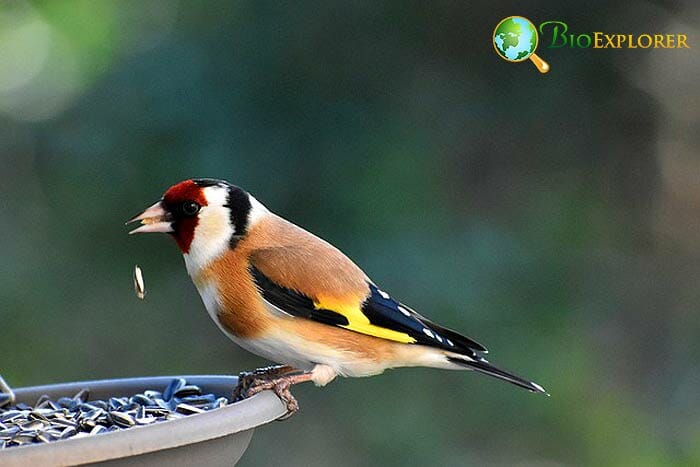 Goldfinches play a tremendous role in the animal food chain in various capacities.

Which particular food do goldfinches love? 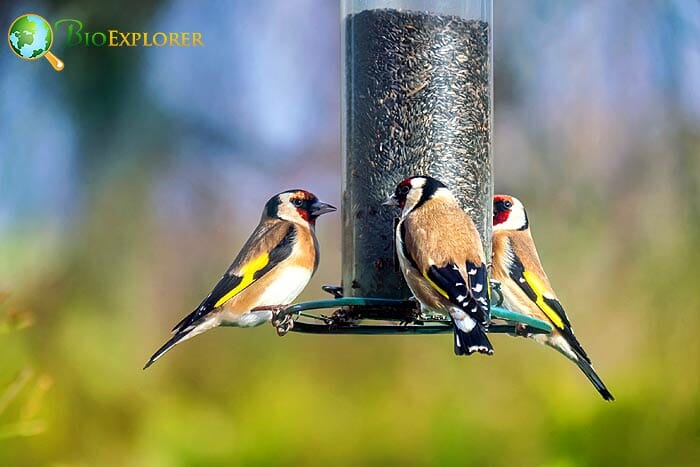 Goldfinches love nyjer seeds. These small seeds have a high oil content that comes in handy to offer energy to active birds like goldfinches.

For how long goldfinch nestlings are fed by their parents? 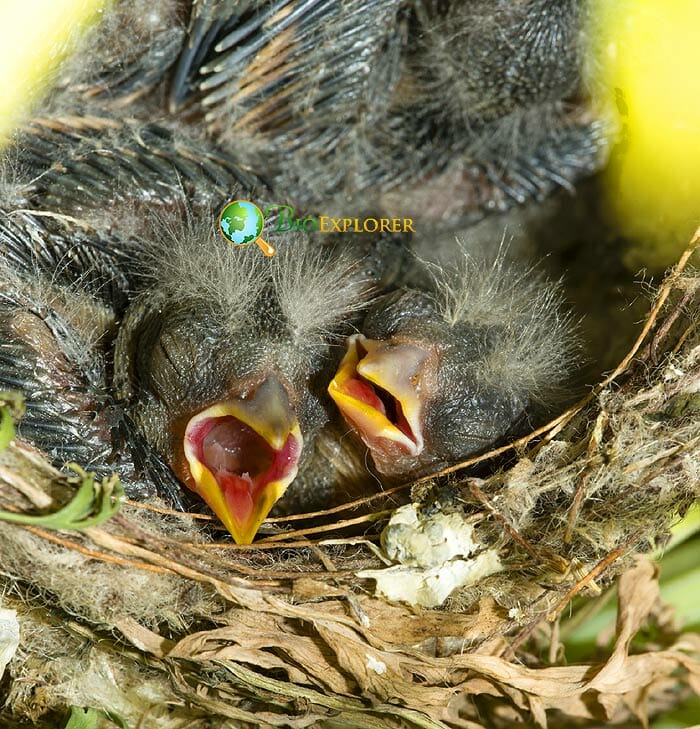 Goldfinch nestlings are fed by both parents from their nests for about two weeks. These birds then fly out from the nests. The parents continue to feed them for another week.

How do young goldfinches obtain their nutrition after hatching from their eggshells?

Nestlings’ parents feed them until they leave their nests. Then, they consume regurgitated matter, which entails a mixture of seeds and insects. Thus, early broods are lucky because they are fed more insects, enhancing their growth.

How do nesting goldfinches get their food nutrients? 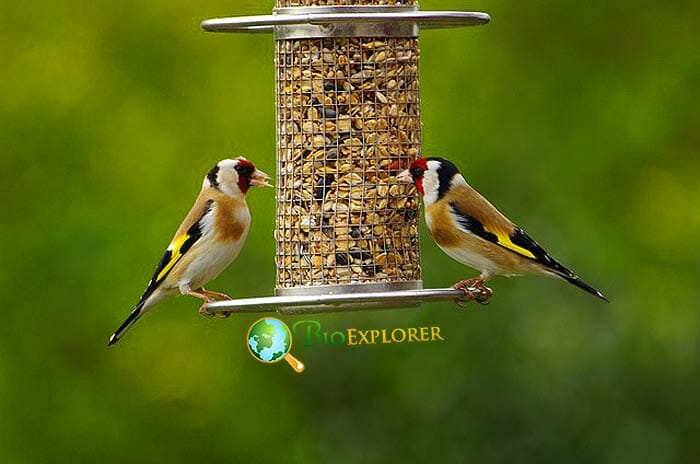 Females are fed thanks to a process referred to as courtship feeding. 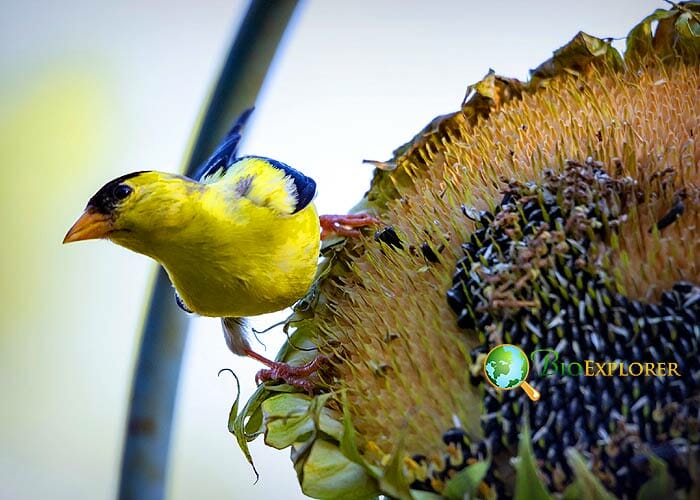 Goldfinches will eat sunflower seeds and can be purchased in seed mixes or on their own for feeding. They seem to prefer thistle seeds over sunflower seeds. However, they will still come to the sunflower feeder if there is nothing else available for them.

Goldfinches also love sunflower leaves and other large leafy plants where they can munch on leaves until just the leaf veins are left out. Note that sunflower leaves contain Vitamin-E, Selenium, fats, protein, potassium, magnesium, vitamin B-6, and iron which are excellent nutrients for birds.

Goldfinches are medium-sized songbirds categorized into two genera. For these birds, though omnivorous, a more significant portion of their diet is drawn from seeds of the daisy family. These birds are prey and predators of aphids. With such roles to play, it is necessary that there is awareness about them to ensure their population remains stable. This is important to maintain the integrity of their ecosystems.