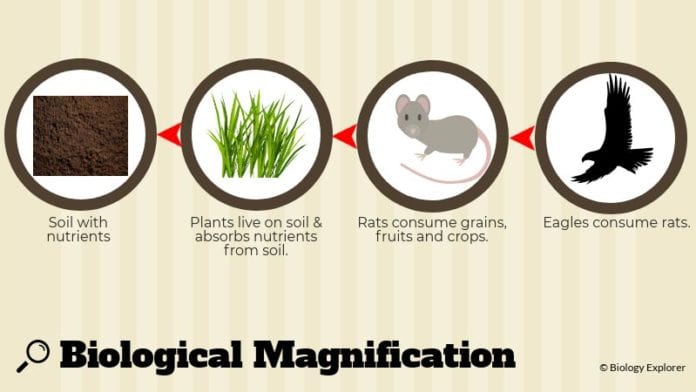 Biological Magnification: If you are a student of Biology or other related natural science courses, you may have studied or heard about the field called “ecotoxicology“. This field of biology focuses on the negative effects of harmful chemicals and toxins on different ecosystems and the living organisms present there.

Aside from that, it also takes into account the direct and indirect effects of these chemicals on the overall structure of habitats as well as the amount of food in that area.

In this article, we will give you a brief overview of how ecotoxicology works. Here, you will learn about how these harmful chemicals make their way through soils, different bodies of water and in biological food chains in the process called biological magnification.

Also referred to as “biomagnification” or “bioamplification,” biological magnification happens when there is an increase in the number of chemicals and toxins that accumulate through the trophic levels of a food chain. Chemical substances from agriculture and industries tend to be released into the environment, making their way toward food chains and food webs.

Normally within food chains and food webs, biological magnification doesn’t directly affect living organisms. However, exposure to these harmful chemicals may cause some long-term and irreversible side effects.

Here is an example of biological magnification:

Suggested Reading: What Do Wolves Eat?

Biological magnification, despite being a biological phenomenon, is often caused and triggered by anthropogenic factors. Some of these causes include organic contaminants, agricultural and industrial wastes, pollution from plastics, and heavy metals from mining.

Organic contaminants like carbon, nitrogen, and phosphorus are known to be very abundant in the natural environment. As a general rule, too much of everything can be very bad. While these chemicals are known to be necessary for organism survival, their excessive amounts in ecosystems can lead to a phenomenon called eutrophication. 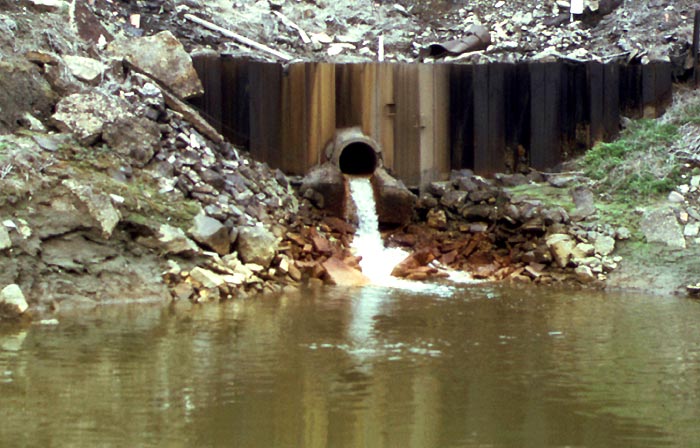 Chemicals from inorganic fertilizers, herbicides, pesticides, and fungicides are often known to contaminate soils and bodies of water via runoff from rains and storms. 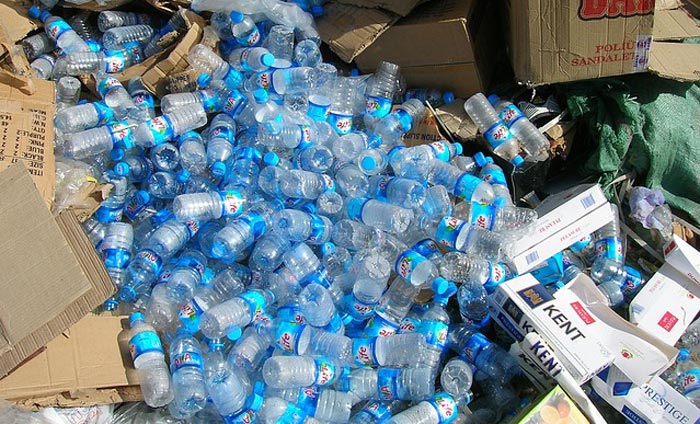 In the recent years, pollution of oceans due to excessive plastic disposal has become a significant global environmental problem. 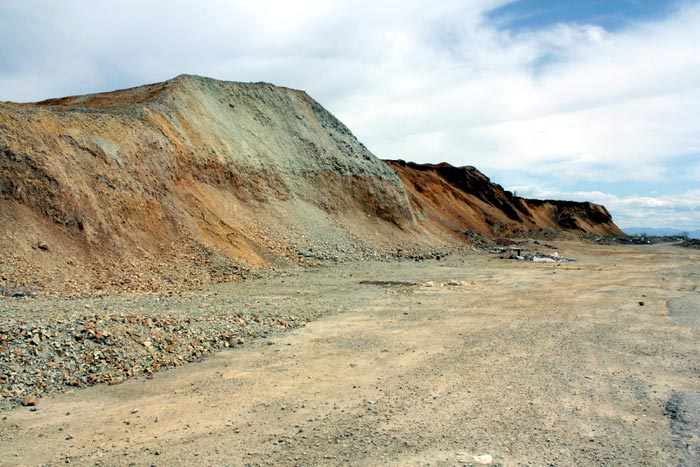 Last but not the least, are mining activities that result in the discharge of heavy metal deposits (i.e., zinc, silver, gold, cobalt) into aquatic environments. As a result, levels of chemical toxicity in these areas increases tremendously.

As alluded to earlier, biological magnification, especially when not controlled, can be fatal to living organisms. The following are just some of its negative effects. 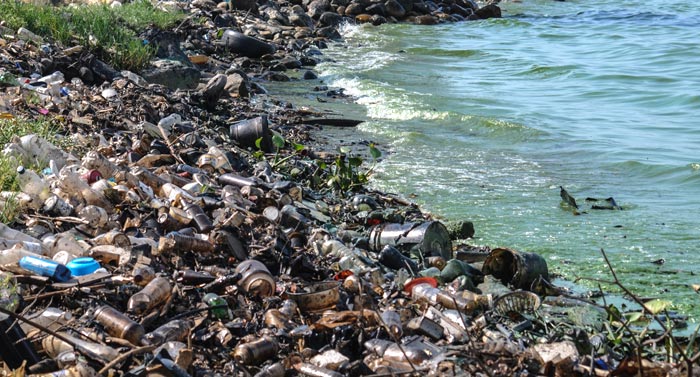 Pollutant build up, especially from those persistent chemical elements, is one of the most common effects of biological magnification. Being made up of a single element, these chemicals accumulate fast, and when they do, they become very hard to biodegrade. Water plants and algae can easily accumulate harmful chemicals because they share similar qualities with the kinds of nutrients these organisms need for growth.

While some toxins are easily removed from the body, there are also those foreign chemical substances that tend to be stored within the fat cells of organisms. Such occurrence is very hard to treat because some of these chemicals can only be removed using specific enzymes.

3. Effects on The Health of Organisms

As alluded to earlier, organisms located at the higher level of the food chain also harbor the higher risks for biomagnification. Nevertheless, the mere build-up of these harmful chemicals inside living cells and tissues can pose a great risk to health.

Environmental problems like biological magnification have already been present for a long time. As you have seen in this article, humans are the biggest threat to the ecosystem, and ironically, we are also the ones who can take actions to prevent its destruction. Knowledge and awareness are the first steps to doing this.

Timely concerns about environmental sustainability intensify the need to teach people about the relationship between human health and the states of our ecosystems. By engaging in activities, we develop a greater understanding of the core values between humans and environment.