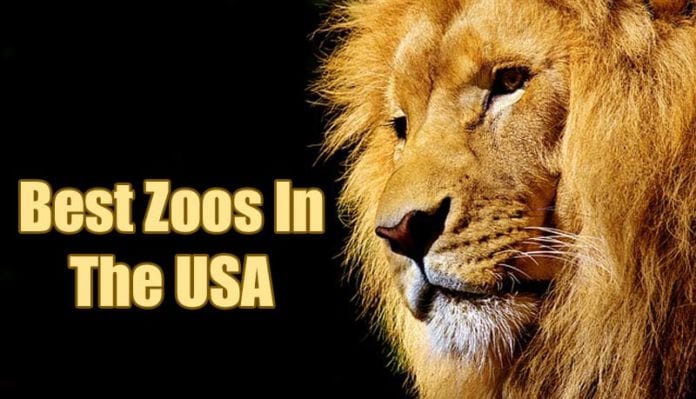 Best Zoos in the USA: In general, zoos serve as a home for numerous animals. With its large area and varied geographical features, it is no denying that the United States is home to some of the world-class zoological parks in the world.

And while most of these facilities are located in urban areas, these zoos are definitely worth the visit.

To help you choose the perfect (and possibly the nearest) zoo to visit, we’ve listed below the top 15 best zoos in the USA, as well as short descriptions about them.

Home to more than 650 species of animals, Denver Zoo is considered to be the state’s top cultural attraction. The zoo houses a wide array of animals like lowland gorillas, Komodo dragons, elephants, and lions. Tourists, especially kids, will definitely enjoy as the zoo offers special interactive events like the feeding of Penguins, elephant demonstrations, and encounters with the llamas. Founded in 1896, Denver Zoo is one of the oldest zoos in the US. 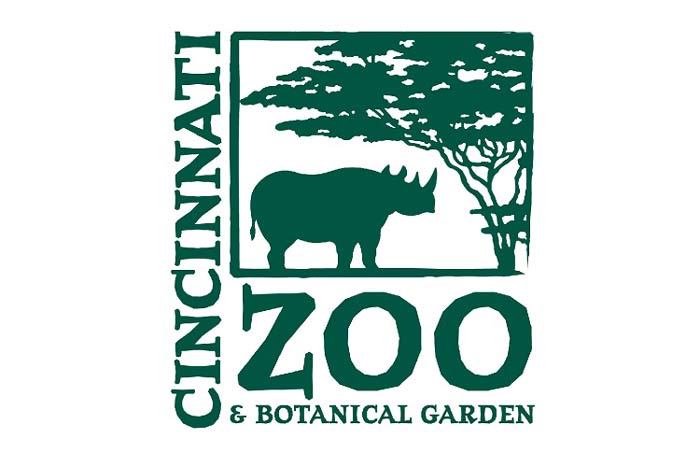 Established in 1875, the Cincinnati Zoo is known to be the second oldest zoo in the United States. For almost 150 years, the zoo has served as a home for a wide variety of animals like leopards, armadillos, macaws, bears, and bearded dragons. One of the highlights of the zoo experience is the encounter with the zoo’s two-toed sloth. 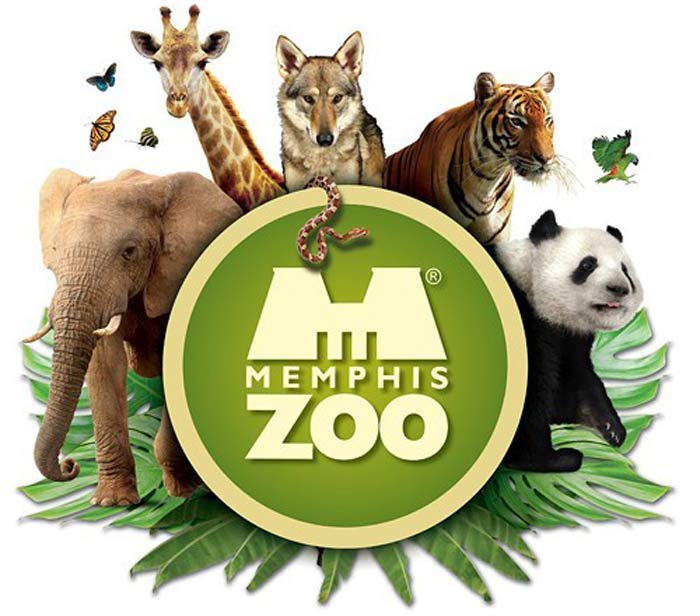 Located in Memphis, Tennessee, the Memphis Zoo is one among the only four zoos in the United States to house giant pandas. Aside from that, the place is also home to more than 500 species of animals. To name a few, these include polar bears, sea lions, crocodiles, and flamingos. The Memphis Zoo was established in 1906 and for more than a hundred years now, it has already invested more than $77 million in its expansion and renovation. 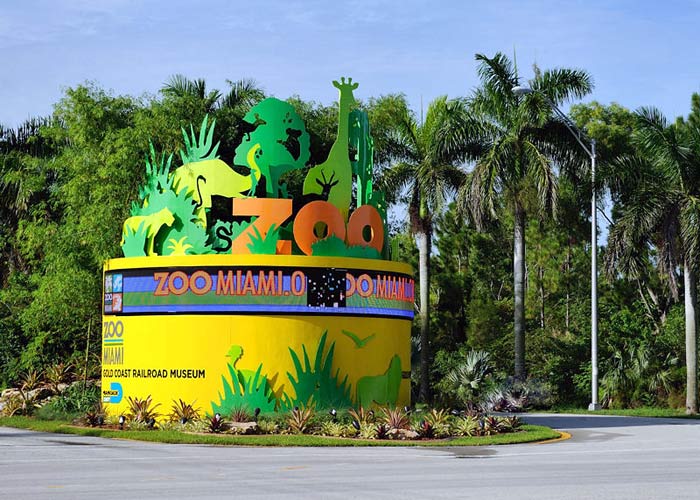 Also called as the Miami-Dade Zoological Park and Gardens, Zoo Miami is a lot of spectacular things rolled into one. Established in 1948, it is considered to be the widest and oldest zoo garden in the state of Florida and the sole subtropical zoo in the continental US. Due to Florida’s suitable climate, the zoo is able to keep numerous animals from different continents of the world. Lions, rhinoceros, and elephants are some of the most common animals here. Furthermore, more than 1,000 plant species can be found inside the zoo. 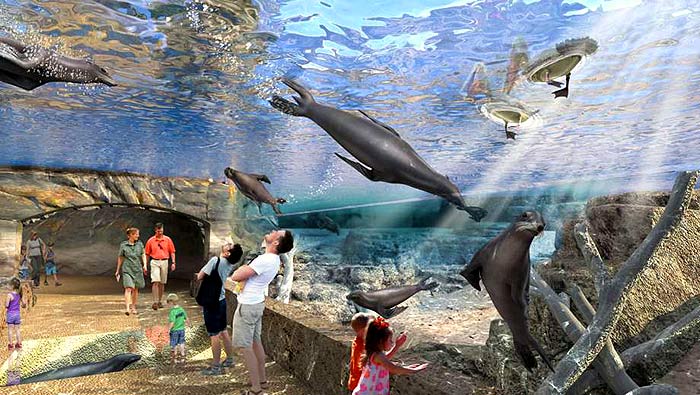 Formally opened in 2010, the Houston Zoo serves as a permanent home to more than 6,000 animals of different species. Annually, more than 2 million tourists visit this place to enjoy and discover how animals live in different ecosystems. Some of the most popular animals in the zoo include chinchillas and hedgehogs. And if you are a fan of bird-watching or birds in general, the Houston Zoo is perfect for you as it takes pride in having one of the country’s largest collection of birds. 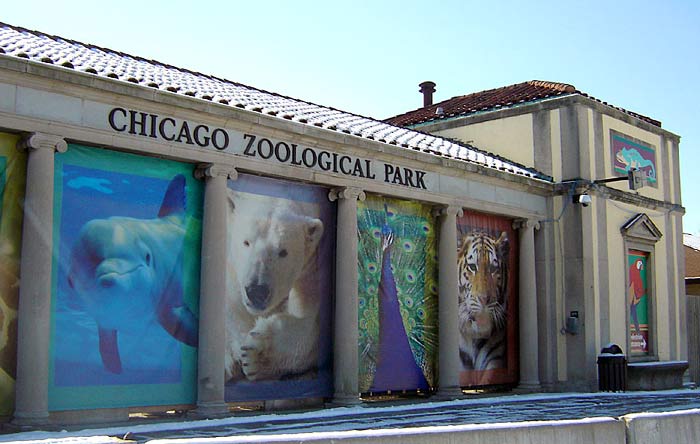 The Brookfield Zoo is known to have the most diverse collection of tropical animals in the United States. Among all the animals there, the zoo became popular for serving as a home for a wide variety of primates like spider monkeys, orangutans, and gorillas. Also, the zoo also features a Penguin Encounter room wherein visitors can encounter the Humboldt penguins. The zoo is also sometimes called the Chicago Zoological Park. 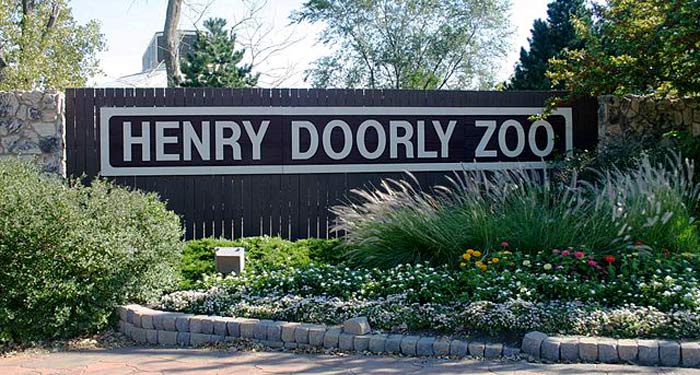 If you are looking for a zoo that is worth a travel and learning experience, the Omaha’s Henry Doorly Zoo and Aquarium in Omaha, Nebraska is perfect for you. The Omaha’s Henry Doorly Zoo features the largest indoor rainforest and largest indoor desert in the world, as well as wild animals in exotic locations like underground caves. Aside from being a mere “zoo and aquarium“, the zoo also leads a world-acclaimed conservation program in the United States. 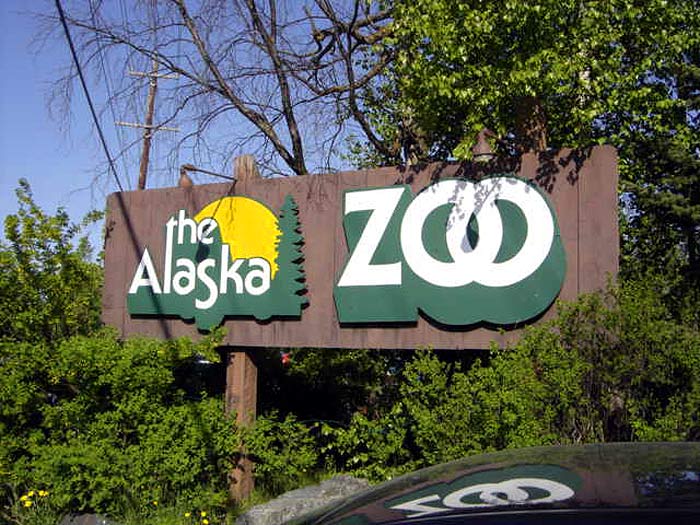 Committed to the promotion of the conservation of the Arctic and the sub-Arctic regions, the Alaska Zoo is a one of a kind zoo that lets people learn about the lifestyle and behavior of Arctic animals in their habitat. With a seeming winter wonderland set up, the zoo features animals such as reindeer, snow leopards, and musk oxens. Nevertheless, the zoo also houses other exotic wild animals like camels and tigers. 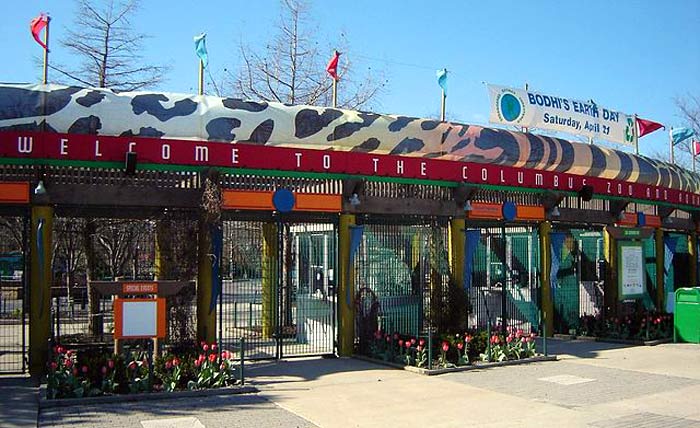 Located in Delaware, Ohio, the Columbus Zoo and Aquarium features more than 9,000 animals from about 650 different species. The zoo is a home to different animals like gorillas, koalas, manatees, and other mammals. Aside from that, the place also features a 22-acre water park, making it the best zoo in the US, according to the USA Travel Guide. Interestingly, the zoo is also engaged in environmental sustainability activities as it gives more than $1 million of its profit to support conservation projects worldwide. 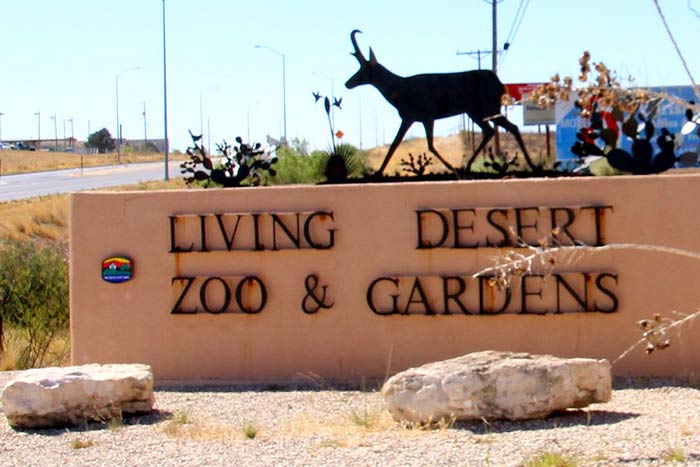 As its name suggests, the Living Desert Zoo is a zoo that features the geographic replicas of different deserts (i.e. deserts of Madagascar, and the Viscaino Desert in Baja California). As such, some of the most common animals found in this zoo include cheetahs, zebras, lions, and giraffes. With this kind of set up, one of the zoo’s main vision is to promote the conservation of deserts, as well as the plants and animal living there. 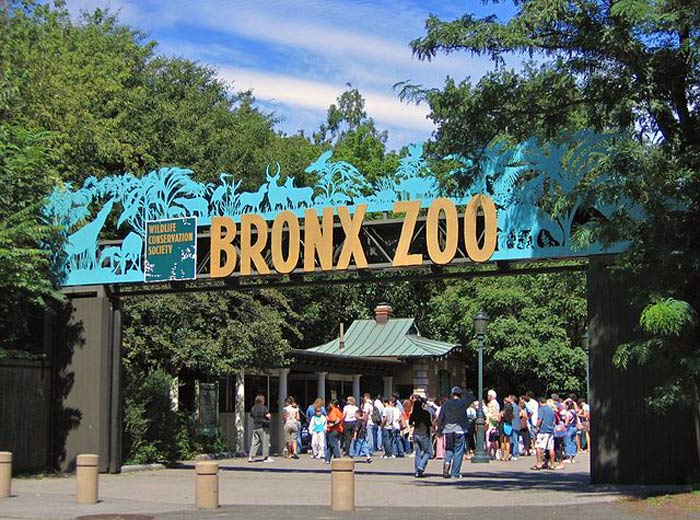 Known to be the biggest metropolitan zoo in the US, and possibly among the largest in the world, the Bronx Zoo in New York is very popular because of its vast simulation of animal’s natural habitats. The zoo is populated with various animals like mandrills, gorillas, and different insects. In addition to this, the zoo also offers other visitor experiences like the newly-opened aerial adventure park called the Treetop Adventure. 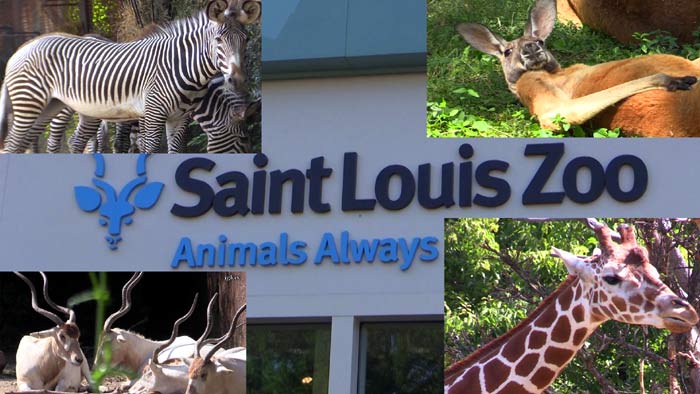 Also known as St.Louis Zoological Park, the St.Louis Zoo serves as a home to more than 16,000 animals, many of which are wild and endangered. To name a few, the zoo houses giraffes, zebras, pandas, and the most popular one, a polar bear weighing more than 850 pounds. In addition, the zoo is very famous for its conservation efforts regarding animal conservation, education, and research. Every year, the St.Louis Zoo is visited by more than 3 million tourists across America and even the world. If you are on a tight budget, worry not because the zoo does not ask for an admission fee. 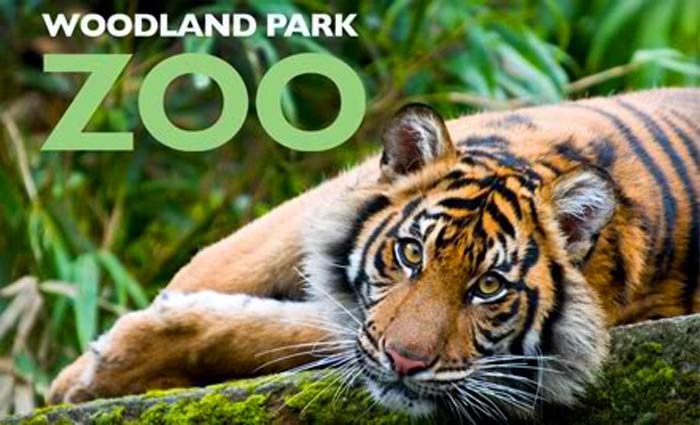 Spanning more than 90 acres, the Woodland Park Zoo in Seattle, Washington is a very popular tourist destination for nature lovers. Basically, the zoo features numerous animals from various biomes: lions and zebras from savannahs, red pandas from temperate forests, and owls from the Northern trail. The zoo works in partnership with other organizations to help promote wildlife conservation and public awareness. 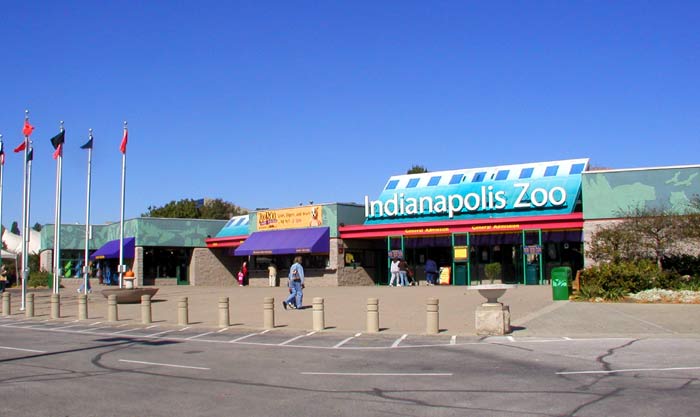 Located in Indianapolis, Indiana, the Indianapolis Zoo is a zoo, botanical garden, and an aquarium at the same time. The zoo, which has been operating since 1964, boasts a variety of plants and animals (more than 2,000 animals and 2,000 kinds of plants) in their simulated habitats. Every year, more than 1 million tourists visit the zoo to learn more about the organisms, as well as to learn how to conserve them. 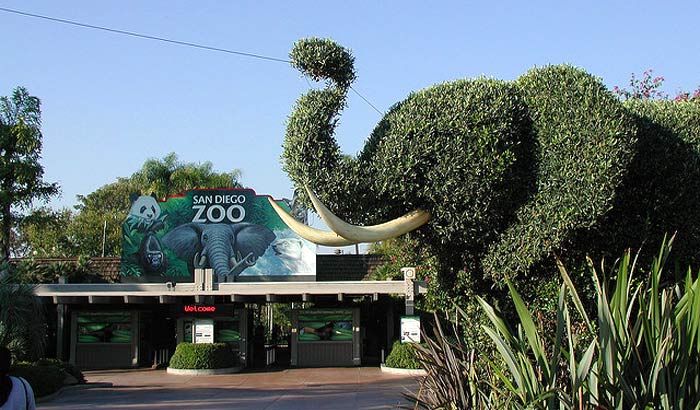 With more than 3,500 rare and endangered animals and more than 700,000 wild plants, the 40-hectare San Diego Zoo in California is considered to be one of the largest zoos in the world. Founded in 1916, the zoo features wild animals like elephants, apes, and giant pandas. In addition, the zoo also pioneers several conservation efforts regarding wildlife preservation and promotes animal captive breeding before being released into the wild.

The aforementioned zoos are definitely a paradise and a must-see in the United States. So what are you waiting for? Plan your trip as early as now! 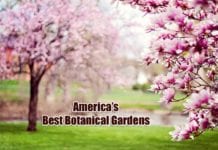