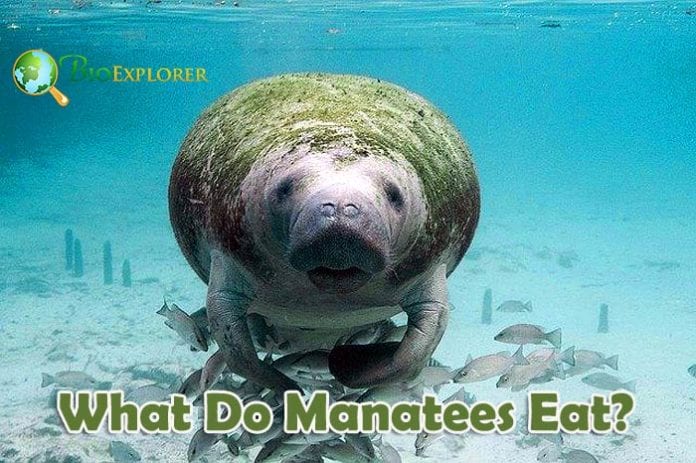 Manatees are large mammals that are also referred to as sea cows. Despite their massive bodies, these giant creatures are great swimmers.

Manatees are mostly herbivores. Their diet mainly consists of seagrasses found on the seafloor, plant leaves, and plant roots. Some manatees (the African manatees) are omnivorous, whose diet entails meat drawn from fish and mollusks, in addition to their plant diet.

What Do Manatees Eat in the Ocean?

Types of Manatees and their Habitats

Manatees are classified under the family Trichechidae. Under this family, there is the genus Trichechus, which constitutes of the three species of manatees. Insight into these three species is provided below.

What Do West Indian Manatees Eat? 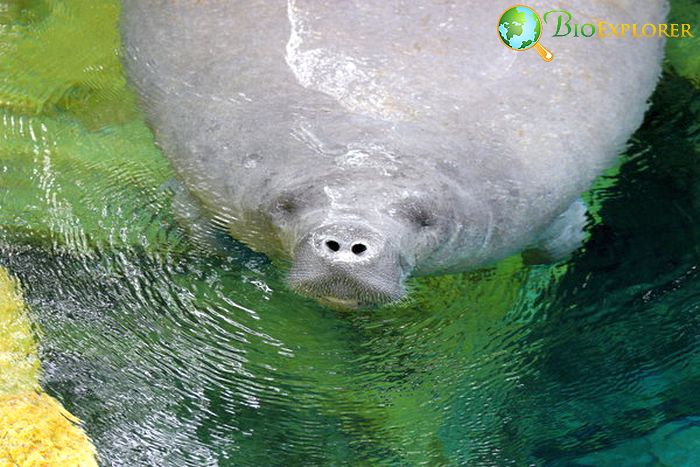 The West Indian manatee can grow to lengths of about 3 meters. Some members of this species can grow to 4.5 meters length, including the tail.

What Do Amazonian Manatees Eat? 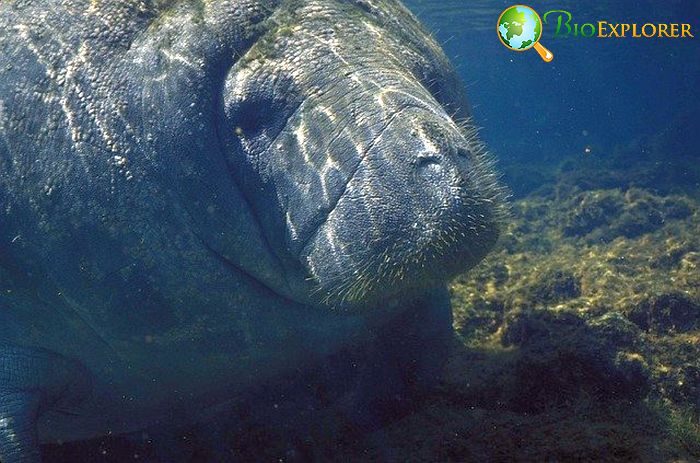 The Amazonian manatee is also dubbed as the South American manatee. This species can be found on the mouth of the Amazon river.

What Do African Manatees Eat? 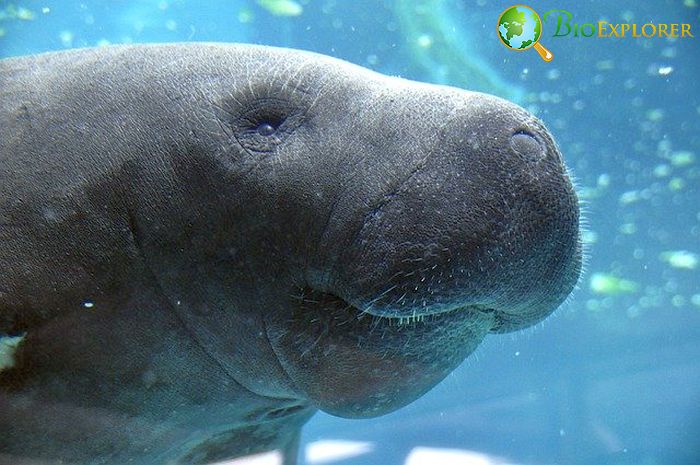 How Do Manatees Hunt? 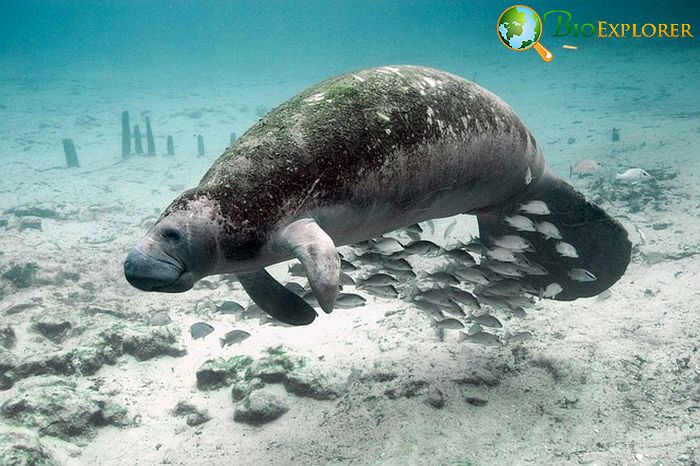 The African manatees have been documented to capture fish and mollusks trapped in fishing nets. 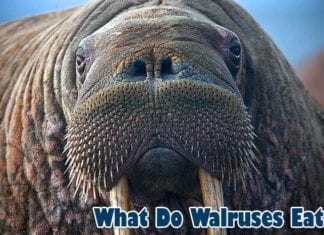 What Do Walruses Eat?

Walruses are Arctic Circle’s creatures, considered to be one of the largest fin-footed sea mammals. Explore what do walruses eat, how walruses hunt & more.
Read more

When Do Manatees Eat? 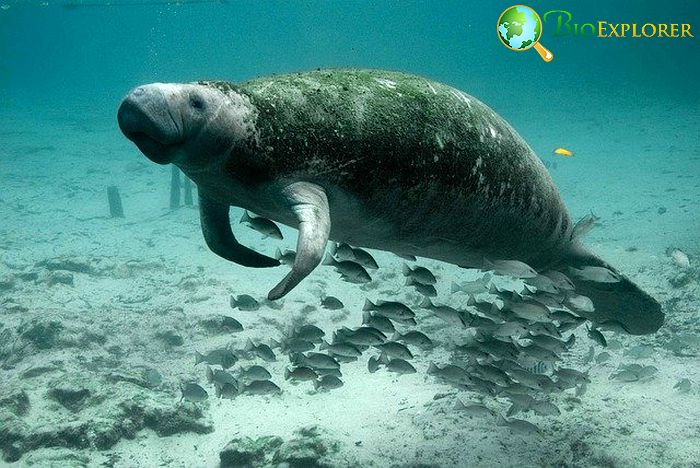 Manatees do not strictly display nocturnal or diurnal tendencies; on the contrary, these aquatic mammals can feed at any time of the day. Manatees can spend between 6 and 8 hours a day eating.

How Often Do Manatees Eat? 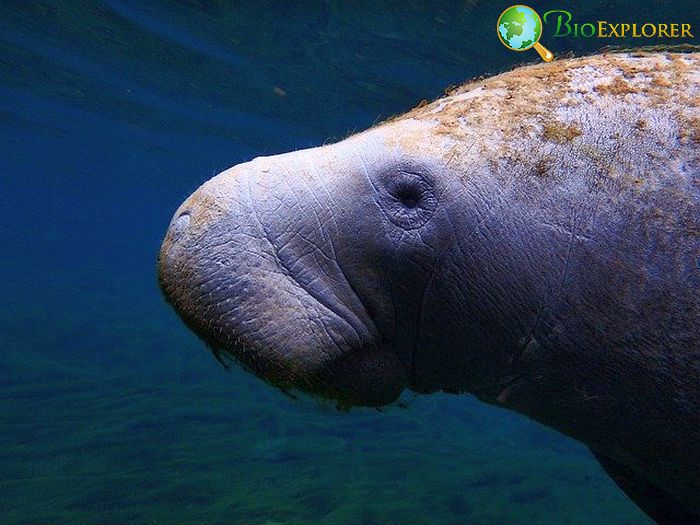 Manatees can spend between 6 and 8 hours a day feeding. 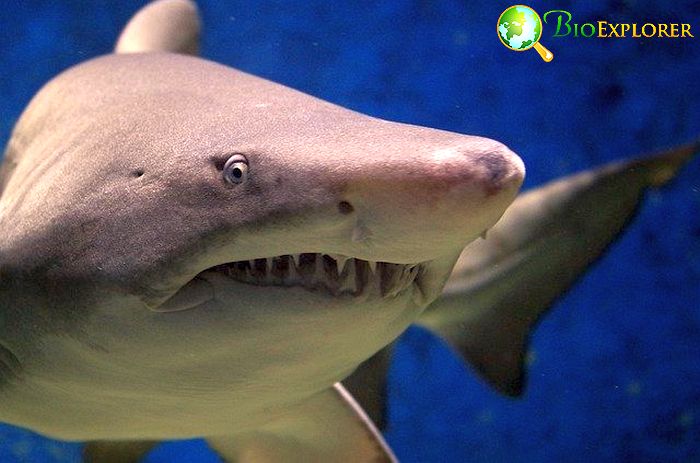 Manatees do not have natural predators. 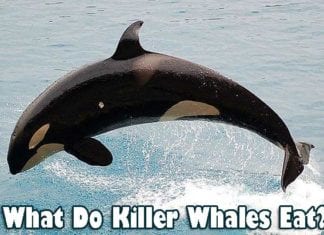 What Do Killer Whales Eat?

Killer Whales also referred to as orcas, are sea mammals. Explore what do killer whales eat, diet by their types, what eats killer whales & other questions.
Read more

Where Do Manatees Fit in the Animal Food Chain?

Manatees play an essential role in the animal food chain.

In general, the absence of manatees to the ecosystem as a result of threats from habitat loss and poaching would impair the overall integrity of the animal food chain.