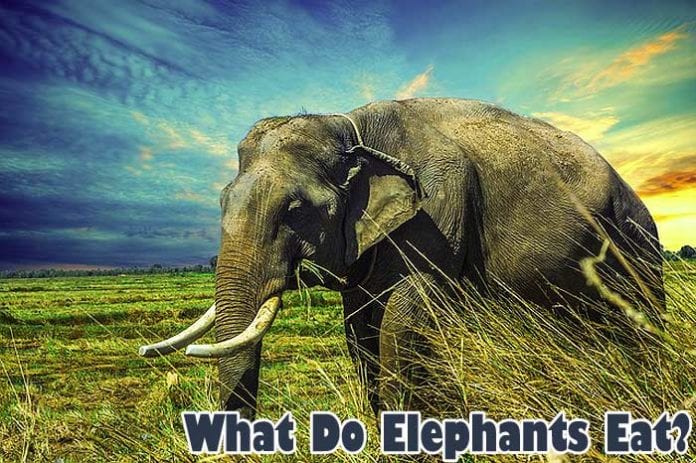 What Do Elephants Eat? Elephants are the largest living mammals on land. They are notable for their magnificent tusks, trunks, and large ears, which can reach a length of 5 ft.

These enormous mammals are known for their excellent memory, given that they can remember watering holes and trails.

What Do Elephants Eat?

Three extant species of elephants exist in the world today. These species will be explored in this section as well as their habitats.

What Do African Bush Elephants Eat? 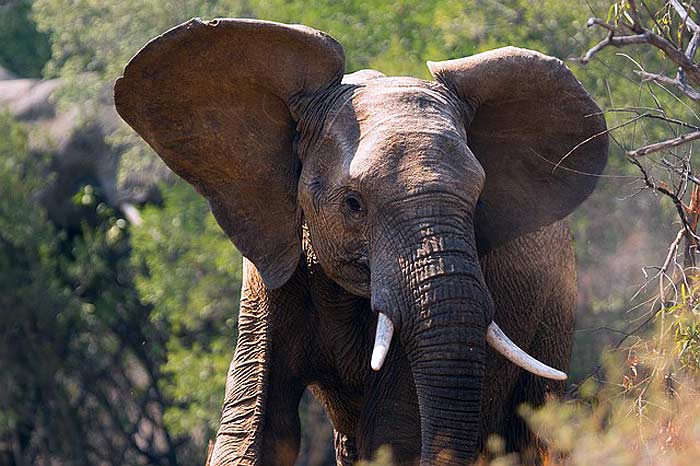 What Do African Forest Elephants Eat? 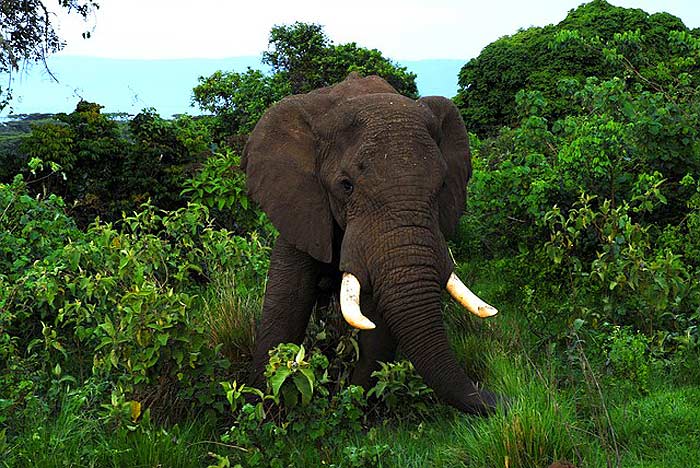 African Forest Elephants are herbivorous, consuming a diet that constitutes of fruits, tree bark, and leaves. These elephants also crave salt and will thus be found licking soil to provide them with the necessary minerals which may be absent from their diets.

What Do Asian Elephants Eat? 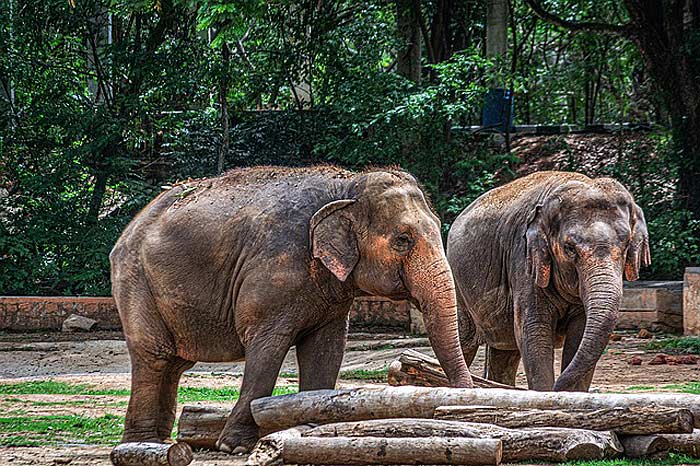 Asian elephants are also herbivores. They mostly feed on grass and a wide variety of plant species including palms and different legumes.

How Do Elephants Hunt?

Elephants are herbivores, meaning they obtain all of their nutrients from feeding on vegetation. As such, they do not hunt.

When Do Elephants Eat?

Elephants are both diurnal and nocturnal land mammals. 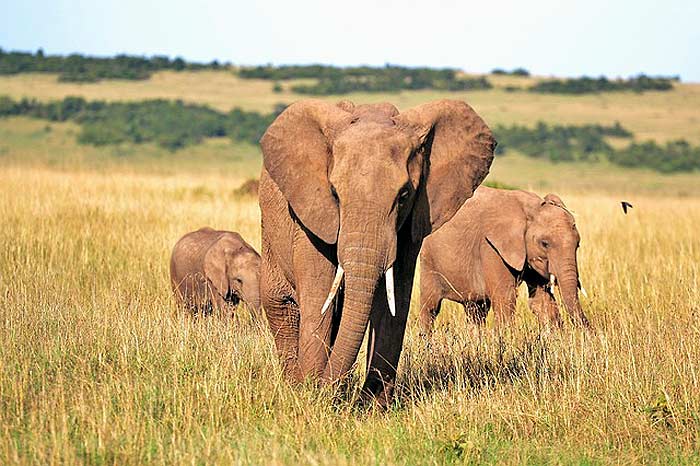 How Often Do Elephants Eat? 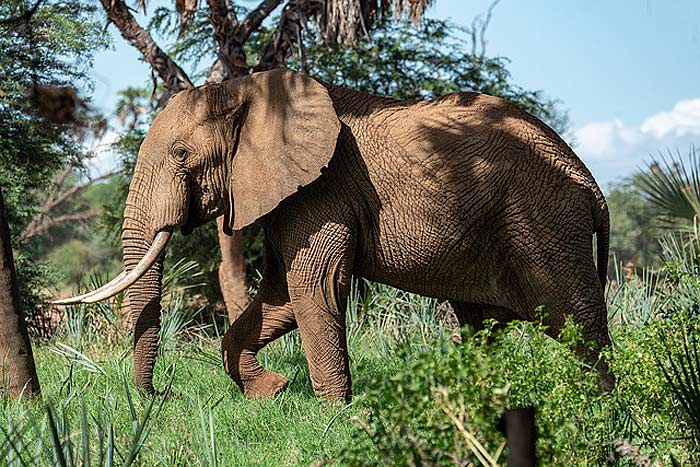 Given their enormous size, elephants consume between 200 and 600 pounds of food a day, and they spend anything between 12 and 18 hours out of 24 hours, feeding. The implication of this is that these large mammals will tend to feed as often as they can to realize their daily threshold.

Because of their large size, adult elephants have almost nil predators.

Where Do Elephants fit in the Animal Food Chain?

Elephants play an instrumental role in the animal food chain.

In general, the continued existence of elephants in the animal food chain promotes the thriving of different organisms, considering the presence of various dynamic relationships.