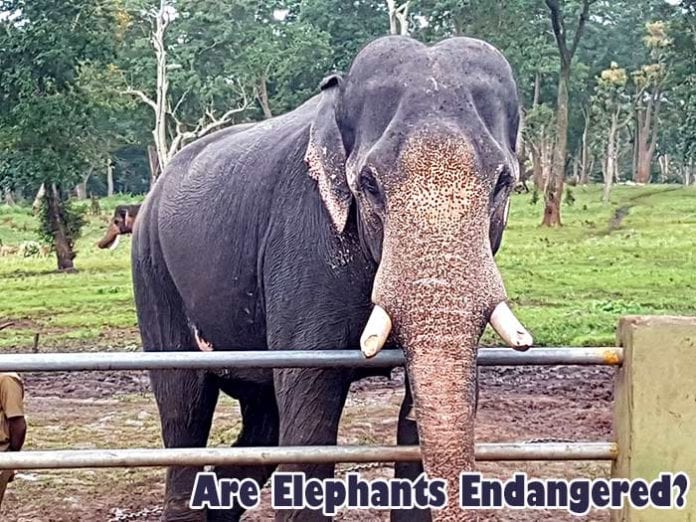 Are Elephants Endangered? Distinguished by their long trunks and huge bodies, elephants are considered to be the largest known living land animal in the world. Along with their extinct relative, the mammoths, elephants are from the family of herbivorous mammals known as the Elephantidae.

Regarding appearance, they are characterized by having brown to gray coloration with numerous coarse body hairs. Elephants usually thrive in a wide range of habitats like rainforests, savannas, grasslands, and even deserts and highlands.

Once considered to be very widespread across Asia and Africa, the population of elephants has significantly diminished starting from the 20th century. Elephants are regarded by scientists as animals with no natural predators.

However, why is their number rapidly decreasing every day? Are African Elephants endangered? Throughout history, there has never been a period when they were considered to be safe.

Every day, elephants across the world face a multitude of threats such as exploitation (hence under threatened species list), habitat loss, and (anthropogenic) climate change.

The short answer is YES. Let us explore as why elephants became vulnerable species and endangered in detail below. 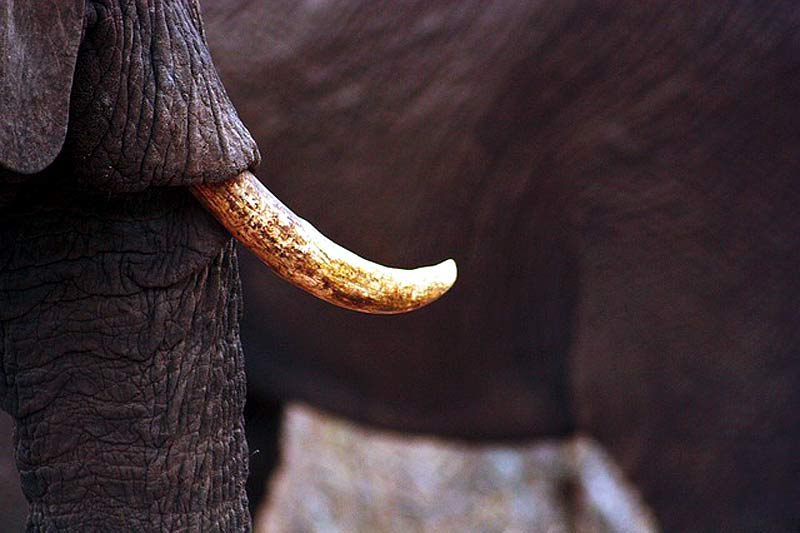 Ivory trade is known to be the illegal buying and selling of ivory from the tusks and teeth of elephants and other animals. Every year, thousands of elephants are hunted for their tusks, which are then put up for sale in the ivory trade. 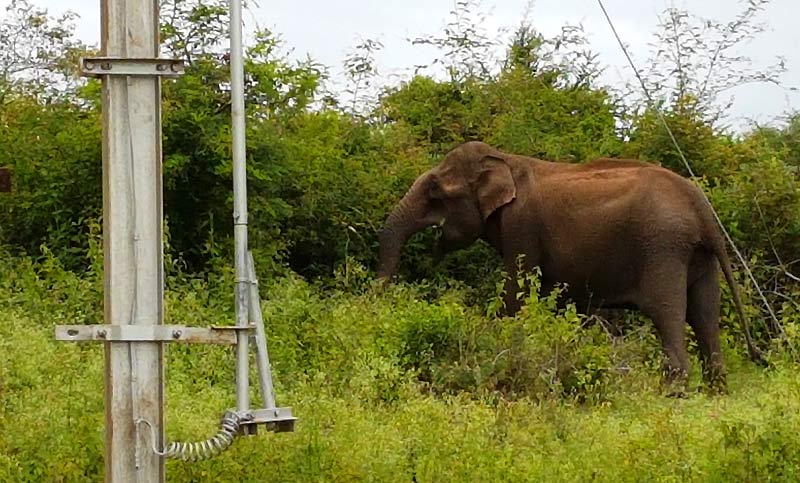 Because of the growing population of humans, as well as the rapid development of infrastructures and settlement that comes with it, the areas of the natural habitats of plants and animals are reduced.

In the case of elephants, their natural habitats tend to become fragmented, and as a result, different groups become separated from the population. Because of this, elephants, which are usually in herds, find it very difficult to look for food and water.

Aside from that, it also causes the reduction of their breeding possibilities, which eventually could lead to a decrease in their population’s biodiversity.

Suggested Reading: What Do Elephants Eat? 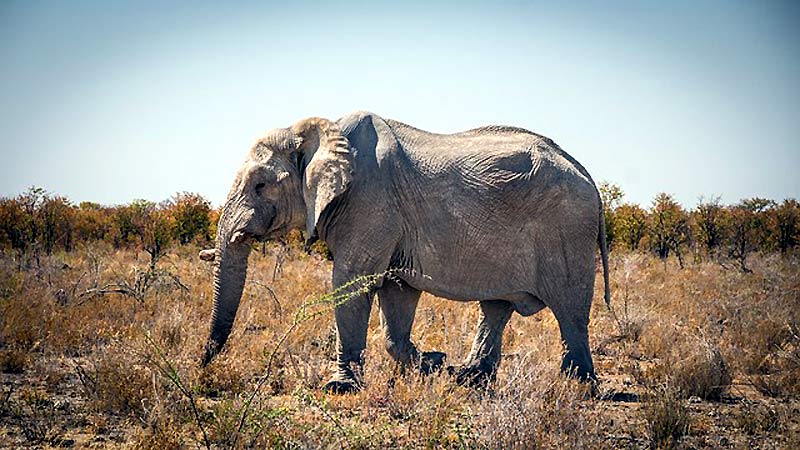 Climate change, or the change in the distribution of the world’s weather patterns, is also one primary reason behind the reduction in the population of elephants. Interestingly, the close relative of modern-day elephants, the Woolly Mammoths became extinct because of the extreme increase in the Earth’s temperature.

These animals, which had adapted to thrive in cold environments, had struggled to live in the changing environment, but eventually couldn’t handle such heat.

Inconsistent pattern of rainfall, which is caused by climate change, also has a significant effect on the breeding of elephants (According to studies, elephant birth rates increase during rainfall peaks).

During drought seasons, the amounts of food and water become less available due to a decrease in vegetation. The minimum water requirement of elephants range from 150 to 300 liters every day (They use it for drinking, playing, and keeping themselves moist).

Why Are Elephants Important? 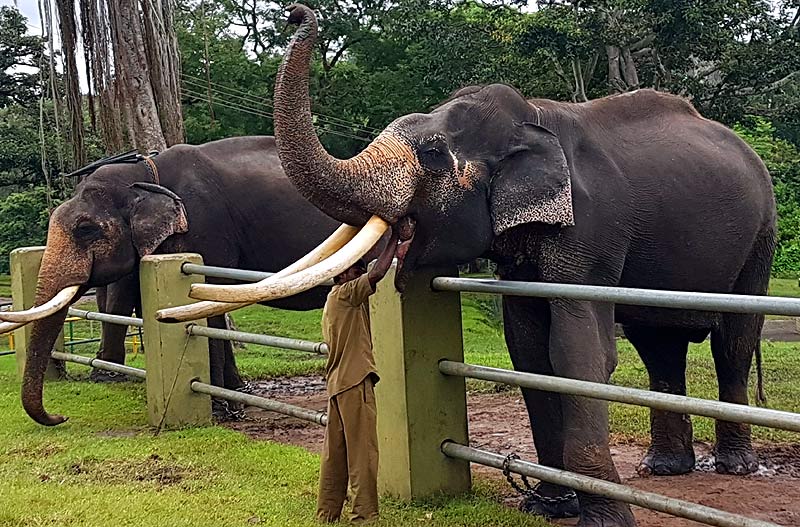 In the animal kingdom, elephants are considered to be one of the smartest living organisms with whom humans share the planet with. In some continents, particularly across Africa, elephants were given respect as the people share the habitat with them; hence representing cultural importance.

Furthermore, elephants are considered to be a keystone species. As such, they serve as a species on which other organisms in the ecosystem depend on, and when gone, can result in the change in the system significantly.

Also, as keystone species, elephants help maintain the biodiversity of the environment they are living in. 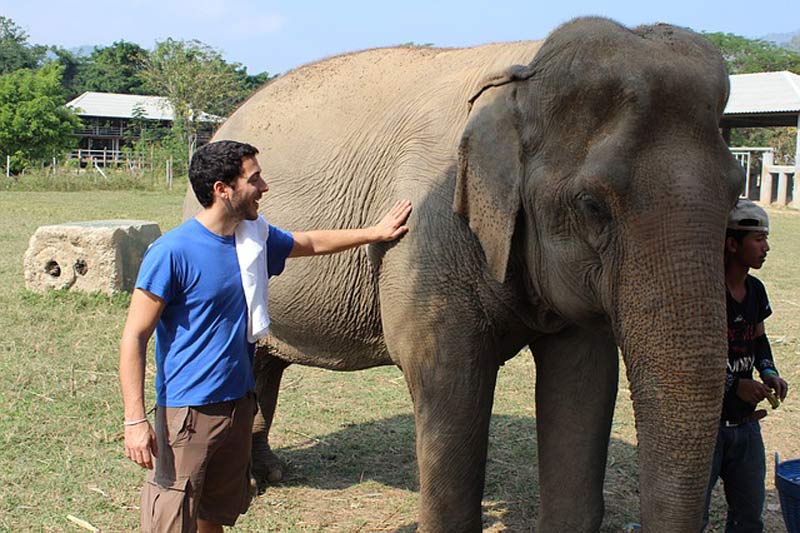 In general, elephants are one of the many endangered animal species that reflect the challenges in the resource optimization and resource integration for their conservation. Moreover, as mentioned earlier, various factors affect the condition and survival of their remaining population.

Addressing the problems related to it is very complicated because there are many differences regarding the views and culture of people, as well as the habitats and infrastructures people and elephants live in. Furthermore, at present, strategies about the efforts to conserve the population of wild elephants and elephants in captivity are still unclear.

As alluded earlier, by nature, elephants have no natural predators, and yet, their number rapidly decreases every day.

Humans were once blamed for the extinction of the mammoths, but it is the present generation that will determine what will happen to the world’s remaining elephant populations.