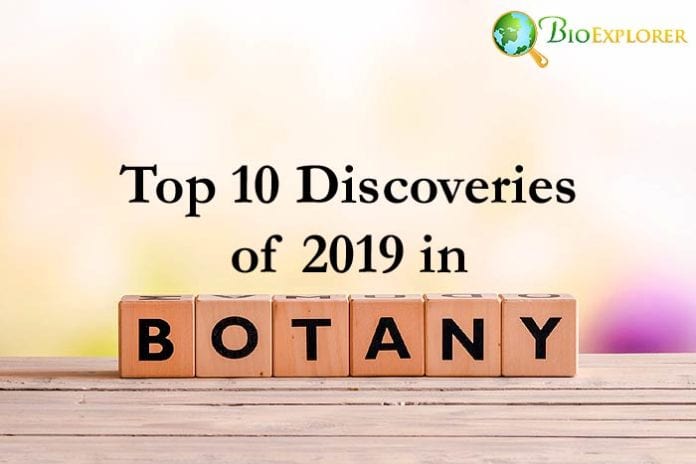 Botany Discoveries in 2019: Botany is a science that becomes increasingly fascinating with the development of novel approaches and methods. The papers published in 2019 illustrate this shift in the field well.

All fields of botany – including systematic and physiology are making considerable progress. For example, the specialists in taxonomy have to revise their materials, and new species are being discovered – for instance, a new shrub variety in Africa. Some species thought extinct are making a comeback as well. 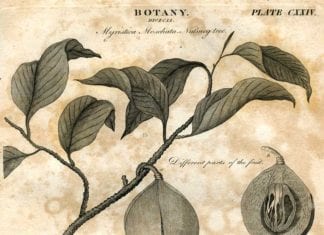 Botany is the systematic and scientific study of plants. The history of botany goes as far as to 4th century B.C.E. Check out timeline of botany history.
Read more

Paleobotanists show that ancient polycultures of so-called “lost crops” may have been more successful compared to our current monocultural approach.

This is supported by the recent discovery that plants interact and support each other based on age, which leads to the development of successful and influential plant communities. The mechanisms behind the ability to form complex structures and protect themselves from illnesses are more precise as well due to novel methods available.

Biology of plants can probably be one of the most promising fields of the future, and the studies in this list are aimed to demonstrate why it is so in the year 2019.

A new treasure from an old forest: a new species of shrub was discovered in the protected mountain area between Mozambique and Zimbabwe [United Kingdom-Belgium, October 2019].

Chimanimani mountains constitute a protected area on the border between Mozambique and Zimbabwe. Many plants there are endangered and are of great interest to botanists. A team of specialists affiliated with Kew gardens has found a new species of low shrubs growing in this area.

This discovery shows that the diversity specialists may be in a race against the clock to record new plant species before they risk going completely extinct without adequate conservation measures.

Reference: “Synsepalum chimanimani (Sapotaceae), a new species from the Chimanimani Mountains of Mozambique and Zimbabwe, with notes on the botanical importance of this area”. Accessed May 09, 2020. Link.

Finding the secrets of indigenous tribes through experimental botany: the scientists have shown that growing certain types of crops could provide huge harvests for tribes that cultivated them [USA, December 2019].

They also contain critical biological remains that are currently of considerable interest to scientists. It was found as early as 1930 that Native American populations used to multiple grown crops very different from maize that is now associated with their way of life.

These so-called “lost crops ” are of considerable interest to modern paleobotanists and ethnobotanists. Moreover, these studies could also be potentially useful for modern agriculture. As the methods of growing “lost crops” are unknown, they can be reconstructed experimentally only through trial and error. A team of paleobotany specialists at Cornell University has conducted the following experiments:

Even though the success of the reconstruction was only partial, it is still a significant breakthrough both for the study of the past and perspectives for the future of crops.

Unconquered flower: a species of a bush from South Africa thought to be extinct was discovered by a student [Republic of South Africa, November 2019].

A Ph. D.student in Botany of the University of Cape Town has made a unique discovery while studying the flora of the Winterhoek Mountains for his thesis.

The rediscovery of this plant gives hope that probably other species may have evaded extinction and could be preserved for future generations.

Reference: “The rediscovery of the extinct Psoralea cataracta after 200 years – SANBI”. Accessed May 09, 2020. Link.

The secrets of making traps: the unique study has shown for the first time how carnivorous plants form traps [United Kingdom, October 2019].

Plants have a unique ability – they can use their basic body plan and “experiment” upon it to adapt to different surroundings.

Leaves are the most common part of the plant to be transformed in such a way – they can grow big or small, form cups or become thorns. carnivorous plants, in their turn, transform leaves into spherical traps to catch insects and animals.

A team of scientists at the John Innes Center, Norwich, United Kingdom, decided to analyze how such traps are formed with the help of multiple research methods.

This study shows that there is a universal mechanism for leaf development that can be changed based on the plant’s genetics and requirements.

Reference: “Shaping of a three-dimensional carnivorous trap through modulation of a planar growth mechanism”. Accessed May 09, 2020. Link.

There is a group of oxygen-containing molecules that are referred to as reactive oxygen species (ROS). These molecules react with other substances quickly and destroy them – which makes them dangerous for an organism. That is why we need substances called antioxidants that neutralize such molecules in our cells and blood.

However, plants were found to subvert reactive oxygen species to their gain as signaling molecules. And a group of scientists has elucidated how exactly the plants do that.

This discovery points to the previously unknown mechanisms of the regulation of root growth. It may help in agriculture, as it may be necessary to regulate the growth of plant roots. It also seems that the role of ROS is significantly more diverse than previously thought. 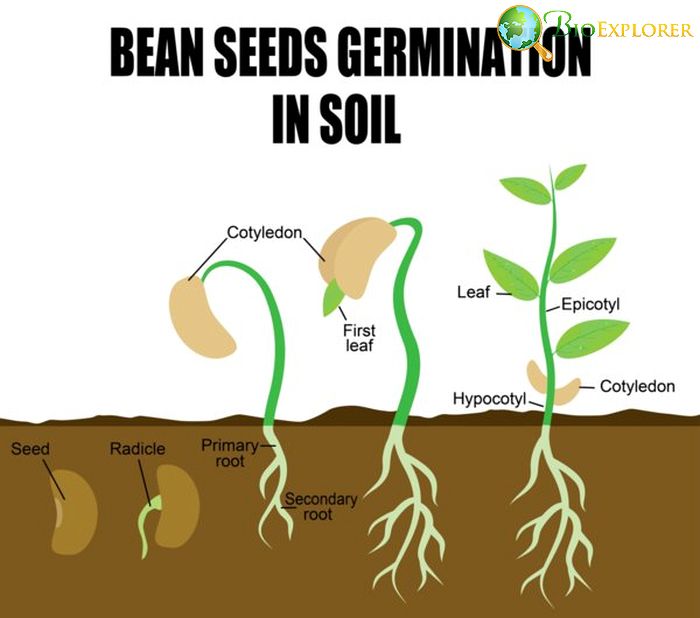 The deficit of food crops and increasing soil degradation are currently becoming a significant problem. There are several approaches to overcome the latter problem:

The latter approach is proposed by the team at the Department of Civic and Environmental engineering at MIT. They have proposed:

This method was proven to be successful and less harmful for the environment compared to the overuse of fertilizers.

Plants can be good elders for their young: plants are shown to interact and support younger seedlings [Spain-UK, 2019]. 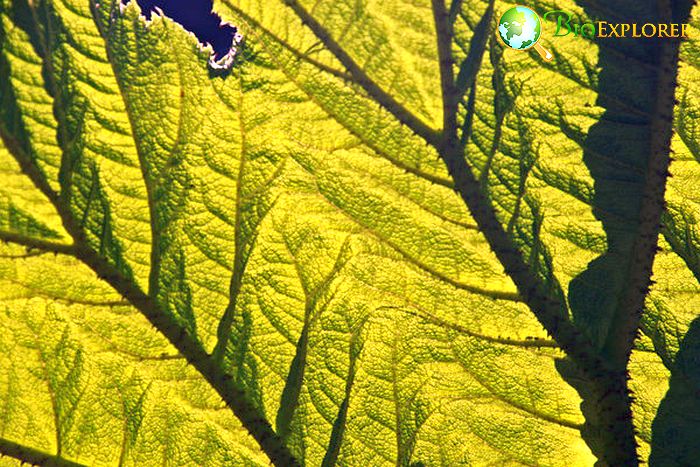 Our understanding is that in the plant world, every individual plant is in competition with others. Each plant would compete with its neighbors for sunlight, water availability, and nutrients.

But the international team consisting of British and Spanish scientists has proven it is not always so.

This discovery provides specialists with a new outlook on how the plants grow and interact during their life cycle. This discovery can also have an impact on agriculture, especially when one considers growing crops in nutrient-poor soils.

Reference: “Benefits for nurse and facilitated plants emerge when interactions are considered along the entire life-span – ScienceDirect”. Accessed May 09, 2020. Link.

Pectin as an aluminum armor: how plants protect themselves from aluminum poisoning [Japan, October 2019].

Aluminum can be toxic to plants in certain forms when the acidity of the soil is high. As a result, the plants develop strategies to protect themselves from absorbing too much aluminium.

Japanese scientists from the University of Tsukuba have compared wild-type rice and a mutant plant sensitive to aluminum toxicity (star1) to understand the mechanisms of protection better.

Based on these results, the scientists proposed that pectin located in the tips of the roots helps protect the roots from aluminium poisoning. Supposedly, pectin helps distribute aluminium in the root cells in a way that is least damaging to the plant growth. This finding can be significant for developing protection for crops that grow in acidic, aluminum-rich areas.

A fungus in sheep clothing: fungi are using special chitin-binding proteins that protect them from plant immunity [Slovenia-Netherlands, August 2019]. 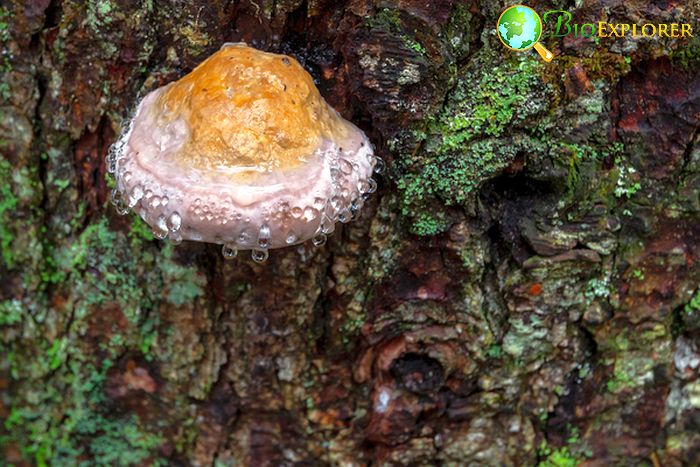 Chitin is a crucial component of fungi. As many fungi live as plant parasites, plants have special receptors that recognize chitin and help mount an immune response against fungal pathogens.

When those receptors are activated, the plants either deploy reactive oxygen species or specialized chitinazes to destroy the invading pathogens.

However, fungi have also adapted to the plant reactions and can evade the immune system of plants. The mechanisms of such evasion are mostly unknown.

This study has helped the botanists and mycologists understand the mechanisms of fungal plant infections better.

Silverswords are rare plants that grow only in certain areas in Hawaii, including Haleakala National Park. A team of specialists has decided to study how the silversword plants survive in the conditions of increasing drought brought about by climate change.

The team led by Paul Kruschelnycky has been experimenting with silverswords grown in the greenhouses and outplanted at several locations:

The scientists have drawn the conclusion that in the conditions of the increasing drought, only plants that were initially adapted to obtaining less water could survive.

The results of the experiments coincide with actual events observed in the wild – silversword plants at lower elevations are currently dying out more rapidly compared to higher-elevation plants.

The processes in the plants are attracting a lot of interest from scientists. In the changing environment, when the quality of the soil worsens and drought, as well as infections, are becoming significant threats for agriculture, it is crucial to understand the plant world better and develop a strategy to protect both our crops and the diversity of the wild plants of the world.

The papers published in 2019 do their best to answer pertinent questions – how plants protect themselves from toxic substances and parasites? How likely are they to survive in stressful environments? How do they achieve complex adaptations to unusual conditions?

One of the areas where significant progress was made, but we have no space to discuss in-depth, is plant genetics.

For instance, it was found that some plants, for example, sorghum, can partially control their own genome. Other species, such as red algae, were shown to contain significantly fewer genes than were thought to be viable.

The scientists also do their best to increase the genetic diversity of existing crops – and search for wild relatives of domesticated plants. All of these efforts are aimed at one goal – to help our plants survive. We simply would not be able to last long on our planet if they don’t.