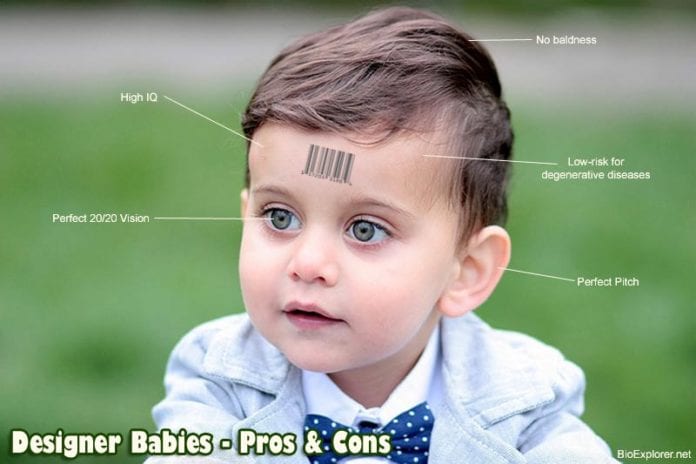 Designer Babies Pros and Cons: About four decades ago, the first ever test tube baby was created using the process of In Vitro Fertilization (IVF). After forty years, how far do you think did the technology improve? Did new scientific innovations arise?

Since fertility and reproduction can already be assisted, do you think it would also be possible for parents to edit out the genetic “imperfections” that their future child may exhibit?

The answer to these questions is all yes. Such a desire can now be possible through the creation of designer babies. Explore the designer babies pros and cons in detail below.

What Exactly Is A Designer Baby? 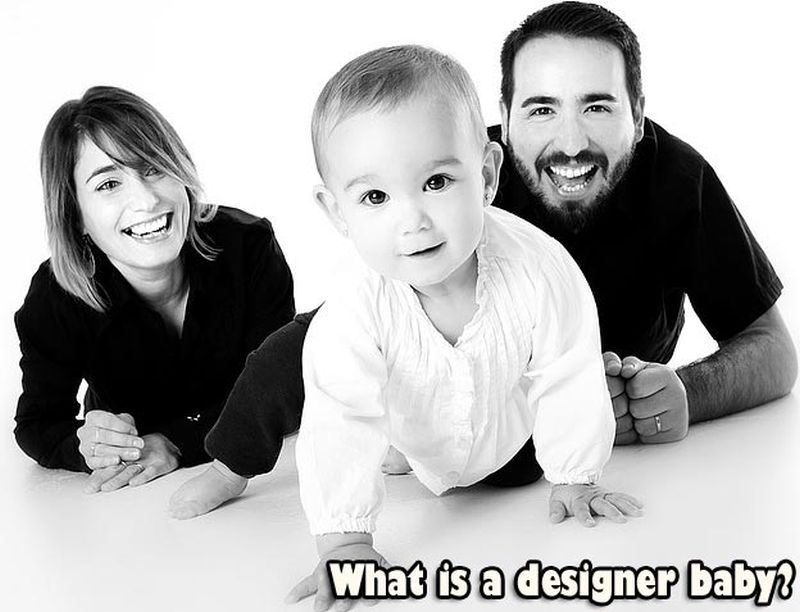 As its name suggests, a designer baby is a child whose characteristics were “designed” or selected by his or her parents. The process of genetic engineering used to be only science fiction.

However, with the rapid advancement of technology, such a dream is now very close to becoming a reality.

Like any scientific innovations, the technology of creating designer babies has a wide variety of promising advantages. Listed below are the top 10 designer babies pros.

Genetic engineering technology offers a wide variety of choices for parents. The option to bear a child has long been established, but more modern innovations in the field open the chance to choose or eliminate specific characteristics and traits. Parents can “design” the features of their child such as skin color, facial attributes, height, and even intelligence (almost like picking items from the supermarket shelves into the shopping cart!). Read more on genetic or biological determinism here.

2. The sex of the baby can be chosen

Along with the choice for desirable characteristics, the sex of the child can also be selected. About this, there are already previously available procedures to choose the child’s sex. To name a few, these include IVF and artificial insemination.

With the alteration of an individual’s genome, inheritable diseases and disorders can be prevented from being passed on to future generations. Some of these disorders include Down syndrome, Alzheimer’s disease, Huntington’s disease, and spinal muscular dystrophy.

Aside from the ones mentioned earlier, the creation of designer babies can also help prevent the occurrence of mitochondrial-related disorders. To be specific, the process of mitochondrial replacement therapy can get rid of mitochondrial mutations from family lineages and ultimately prevents them from being inherited.

5. Aid in the lowering of the risks of diseases in future generations

Aside from the most common genetic disorders, conditions like anemia and obesity can also be prevented in designer babies. Furthermore, scientists claim that the chances of diseases like diabetes and cancer can be reduced. Because of this, the survival rates of designer babies are increased.

According to theories, by manipulating the genome and removing the child’s unwanted genes, the individual is left only with healthy genes; thus, he/she will have higher chances of becoming healthier. By doing so, the life expectancy of an individual is presumed to increase up to 30 years.

7. Prevention of discrimination & Assistance to people with disability

Supporters of the creation of designer babies believe that such actions will help people to decide on difficult choices and in a broader sense, will have a good impact in the society. Furthermore, they think that this could even help regarding the better knowledge about the prevention of discrimination and the benefit of people with disability.

8. Provide a positive influence on the child

One of the goals of the creation of designer babies is the promotion and provision of a positive influence on the child. Aspects like his/her health, physical appearance, intellectual ability, and other are greatly enhanced; thus boosting his/her self-confidence and self-esteem.

9. Early control of the child’s lifestyle

Often, a child’s way of thinking and overall development is influenced by various factors like education, moral values, a way of living, religion, and many more. Parents who want to have designer babies prefer to influence their child by creating influences of similar kinds, even before he/she is born.

10. Contribution to the better understanding of genetic engineering

Ultimately, the creation of designer babies will contribute to the growing knowledge and better understanding of genetic engineering and its applications on humans. Scientists hope that with this technology, more essential ideas and future scopes can be uncovered in the field.

The reason behind the widespread distrust of technologies like genetic engineering roots from the idea that its use could give other available options not found in nature. In line with this, listed below are the ten possible disadvantages of creating designer babies.

Critics of designer babies think that the technology is exceptionally unethical and is almost similar to the process of abortion. Many of them believe that the enhancement of human characteristics and traits should not become a practice for civil societies.

2. The technology is still not well-developed

The development of the genetic engineering in designer babies is still in the early stage; in other words, many experiments are still being done to perfect the process. With this, its effects are still not fully determined and adequately understood.

3. Bring harm to the embryo and the mother

As alluded to earlier, the technology of creating designer babies is still not well-developed; hence, it may be practically unsafe for both the mother and the baby. According to some doctors, the technology could cause miscarriage or grave injuries to both mothers and children.

4. People with disabilities may experience devaluation

Instead of equality, many people believe that the creation of designer babies will only breed inequality and promote devaluation of people with disabilities. In this case, some children will have a higher biological advantage over some children.

5. Only wealthy people can afford the procedure

One of the significant concerns about the technology of designer babies is that they are too expensive to be available to the common public. A small genetic test could reach up to more than $200. The type of procedures has varying costs : the average price for IVF is about $8,000, the average price of pre-implantation genetic diagnosis is about $3,500, and the selection of the child’s sex is about $18,000.

6. Widen the gap in the society

As mentioned above, the technology is very costly and rich people will only be given an unfair advantage from it. With that, many believe that instead of achieving equality, it will only emphasize the difference between social classes.

7. Violates the rights of the babies

Through the manipulation of the child’s genome even before he/she is born, many believe that it is considered as a violation of human rights. Aside from that, it also overlaps with the child’s consent. As a result, designer babies may even appear like a manufactured commodity which has no self-worth.

8. Gene pool may be affected

The problem with designer babies is that when their population has grown to a considerable size, more individuals will have the same set of genes. With this, there will be less variation in the gene pool. As a result, the new generation will become very susceptible to various disorders.

9. Many genetic disorders remain to be unelucidated

Despite the already advanced understanding of numerous genetic disorders, many remain to be unelucidated. Critics argue that the genetic manipulation process could unintentionally lead to the rise of novel forms of genetic disorders in humans.

Last but not the least, a major concern in the process is that genetic engineering could result in the unexpected removal of some genes that are necessary for the growth and development of a child.

At present, there is limited availability of treatment services for couples who are unable to conceive children. Aside from that, this is further impeded by the fear that such technology might fail. Because of that, the society’s balanced is faced with the choices of couples who have no other option aside from it.

However, how far away can this novel technology lead us? Can it possibly take humanity into a world composed of partially artificial beings? What do you think?