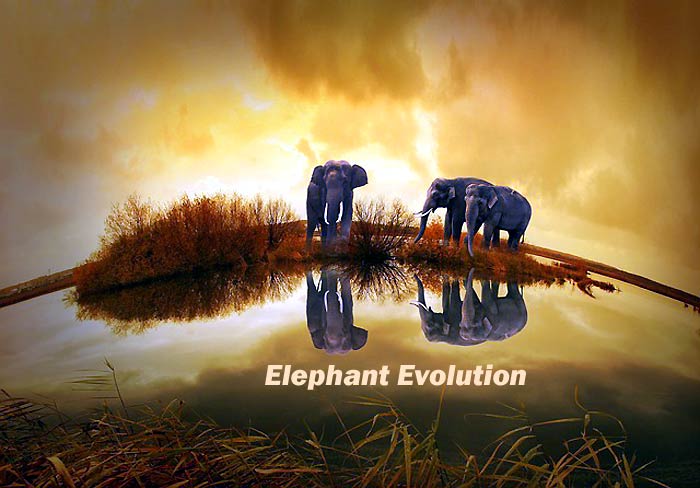 Elephant Evolution: Elephants evolved over a period of millions of years. It took 60 million years for elephants to evolve their long tusks and trunks. The earliest ancestors of elephants looked nothing like elephants.

Let’s explore the ancestors of elephants starting from the earliest in more detail below:

Moeritherium is a genus of animals that are ancestors of elephants. Moeritherium was named after Lake Moeris combined with Ancient Greek.

Suggested Reading: What Do Hippos Eat?

Deinotherium is a genus of animals that are ancestors of elephants that resemble elephant more than animals of the genus Moeritherium.

Unlike modern elephants, animals in the genus Gomphotherium had two sets of tusks – one coming from their upper jaw and one from the lower jaw.

The woolly mammoth is the most commonly known elephant ancestor. Wooly mammoths only went extinct thousands of years ago, unlike the first three ancestors.

The steppe mammoth was two times the size of a modern elephant.

We have seen that cells are of paramount importance to life, without which life is unsustainable. The cell theory describes the basic principles which surround and govern all cells of all living organisms irrespective of their internal features and differences, and this theory forms the basis and foundation of modern cell biology.