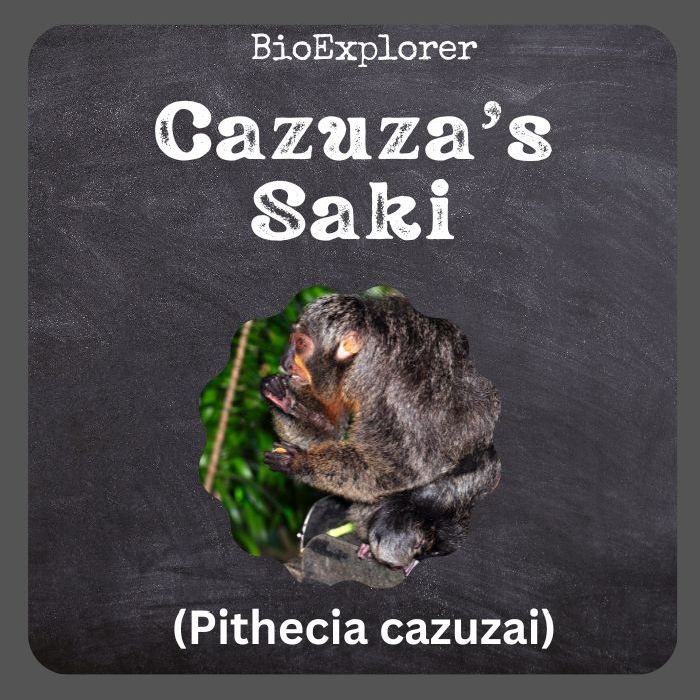 Cazuza’s saki[1] is a species of saki monkey, a type of New World Monkey. It’s native to northwestern Brazil.