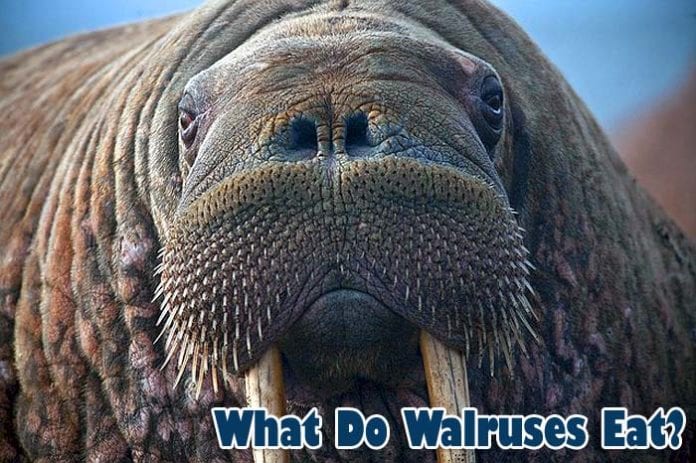 What Do Walruses Eat? Walruses are ‘Arctic Circles creatures, considered to be one of the largest fin-footed, semi-aquatic animals, sea mammals in particular.

These organisms have flabby bodies, which often spot pink or brown hue, with short fur lining most of their bodies except for their fins. Though not aggressive, walruses are carnivorous.

These sea mammals mainly feed on benthic bivalve sea mollusks and other invertebrates. They will occasionally feed on other sea mammals, including seal carcasses, mainly during scarce resource scenarios.

What Do Walruses Eat?

Only 1 walrus species exist. This species is categorized under the family Odobenidae. The scientific name of these sea mammals is Odobenus rosmarus.

Walruses prefer a diet of mollusks, primarily bivalves like clams. These enormous sea mammals may also dine on other marine bottom-dwelling invertebrates such as sea crustaceans, sea cucumbers, worms, gastropods, and cephalopods. They also feed on fish, seabirds, and seals.

Walruses inhabit the areas around the Arctic Ocean. They can be found spending time inside the marine waters, on the icecaps, or the coastal sandy beaches.

How Do Walruses Hunt? 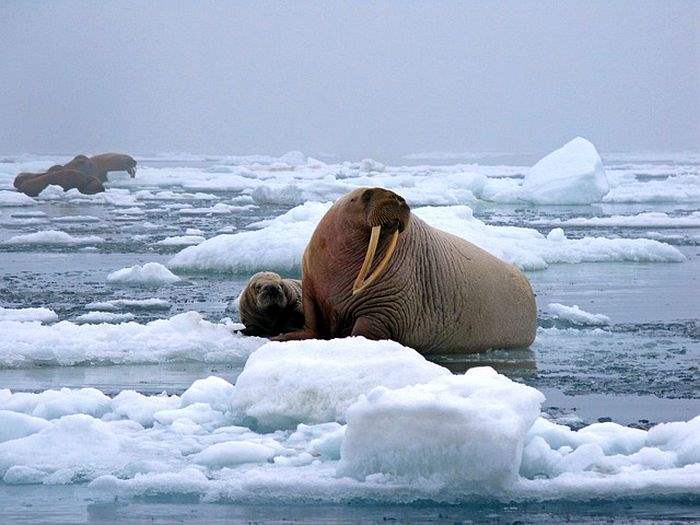 Walruses obtain their food (benthic invertebrates) by sweeping the bottom of the ocean.

When Do Walruses Eat? 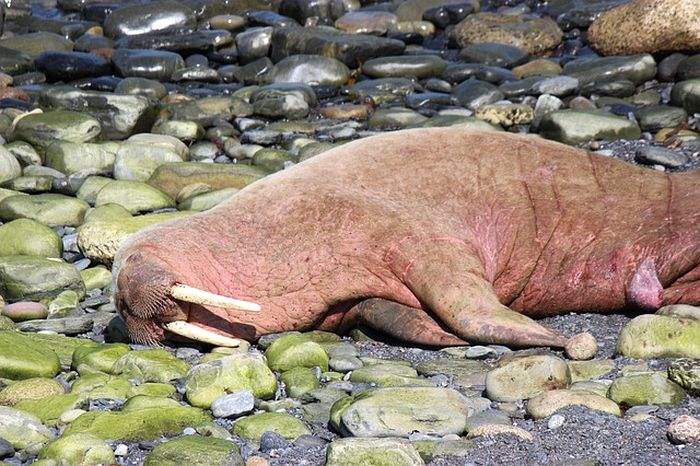 Often, walruses have been noted to follow a diurnal activity pattern. Meaning, they will likely be found foraging for food and eating at night.

How Often Do Walruses Eat? 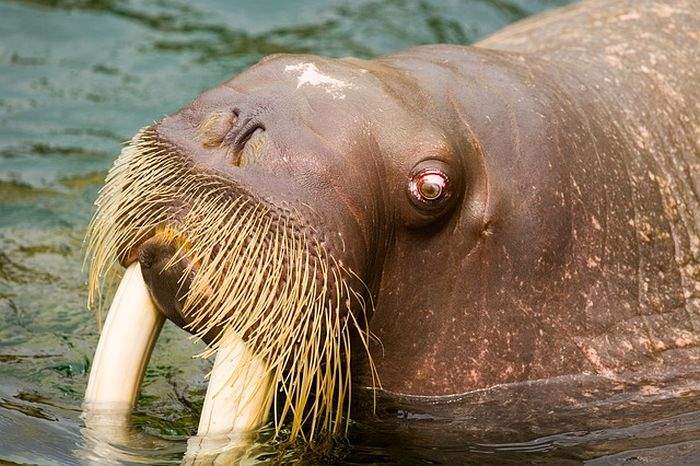 Observations on walruses feeding have indicated that these organisms can fill their stomachs twice per day. 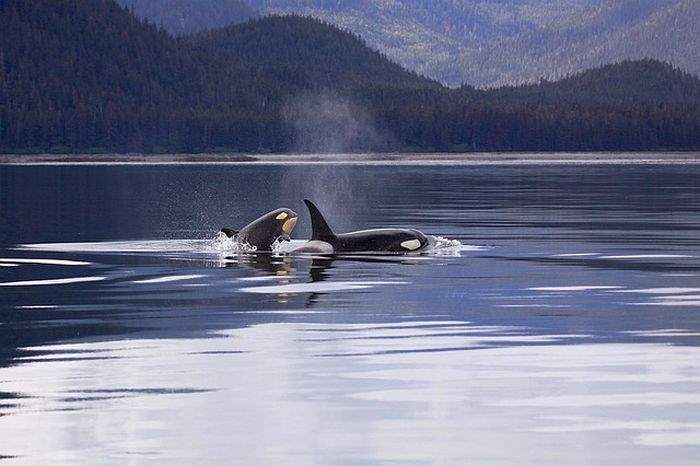 Adult walruses use their magnificent tusks as weapons to ward off predators.

Where Do Walruses Fit in the Animal Food Chain? 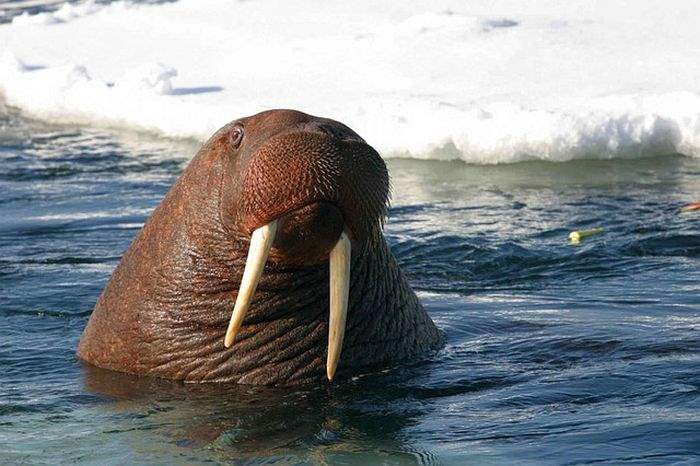 Walruses play a significant role in the animal food chain as prey and predators.