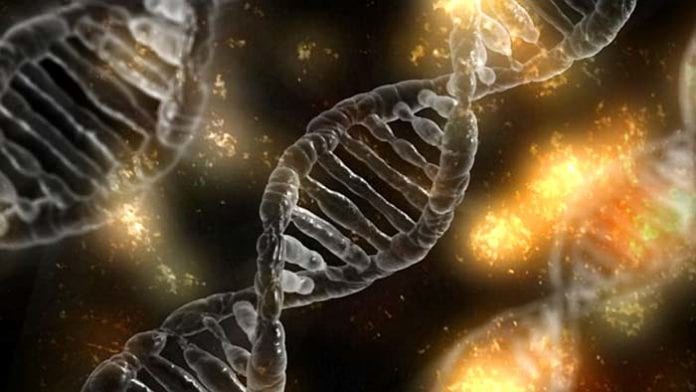 Nondisjunction: Meiosis is the fundamental process that is behind sexual reproduction with the formation of offspring that are genetically unique from each other and ever from their parents.

In living organisms, the process of meiosis is very accurate and tightly regulated; however, accidents sometimes happen when the chromosomes fail to separate correctly.

For instance, chromosomes fail to divide during the process and thus result to either too few or too many chromosomes. Such deleterious phenomenon is referred to as meiotic nondisjunction (or simply nondisjunction).

(Note: In case you missed the chromosomal mutations, check it out).

By definition, nondisjunction is the kind of error that occurs when homologous chromosomes fail to separate to the opposite poles during meiosis, resulting in cells with gametes that are with the wrong chromosome complement.

The diagram below illustrates the difference between the normal process of disjunction versus nondisjunction in chromosome 21:


The errors caused by nondisjunction typically involve the spindle fibers. Normally, there is a mechanism (referred to as spindle checkpoint ) that checks whether the cell has correctly formed the spindle fibers and they have been specifically attached to the chromosomes. Any failures during this checkpoint result to the nondisjunction of chromosomes.

Tabulated below are the disorders that are manifested by individuals who bear chromosomes that underwent nondisjunction.

Due to the presence of numerous severe life-threatening medical problems, many individuals with trisomies or nondisjunction in their autosomal cells die either before birth or within their first month.

On the other hand, the last four syndromes may be fatal but sometimes, offspring with these kinds of genotype may appear just fine.

Check out this video that explains how offspring can have the wrong number of chromosomes. You will learn how individuals are born with Down, Turner’s, and Klinefelter’s syndromes.

Despite the immense knowledge about the molecular process of meiosis, two major questions still puzzle scientists: why in the first place meiotic nondisjunction emerged and why hasn’t evolution removed such a detrimental phenomenon? Therefore, this topic is still up for future studies.