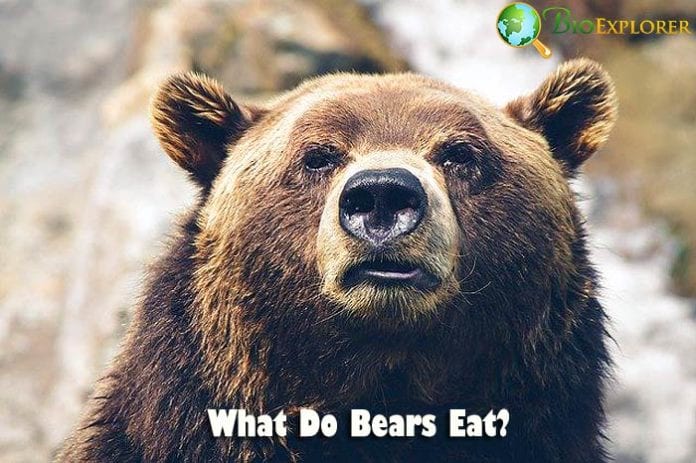 Bears are mammals classified under the family Ursidae. These animals can be large, growing to lengths of about 8 feet tall, or they can be small, growing to about 4 feet tall and weighing about 60 pounds.

Most bear species are omnivores, consuming meat and plant matter like berries. Interestingly, it is worth noting that some bear species display diet preferences; for example, the polar bears are almost exclusively carnivorous, preferring a diet made up of Seals, while the panda bears are almost entirely vegetarian.

This page will shed light on the different bear species, mostly covering what they eat and how they hunt. The article will also provide insights into when bears eat, how often bears eat, the amount of food they consume, what eats bears (i.e., predators), and their role in the animal food chain.

What Do Bears Eat? 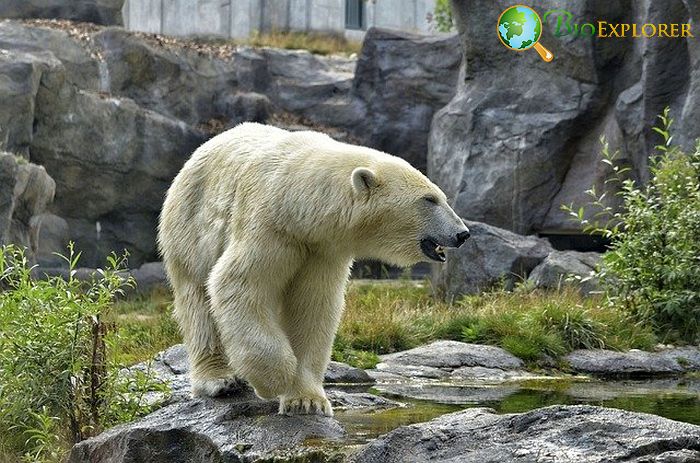 Polar bears are mostly found north of the Arctic Circle at the North Pole in regions like Greenland, Alaska, Canada, Russia, and Norway. 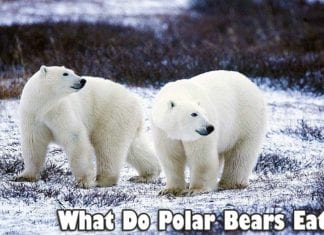 Polar bears are magnificent creatures of the far north and are often termed as sea bears. Explore what do polar bears eat and hunting patterns & more.
Read more

What Do Grizzly Bears Eat? 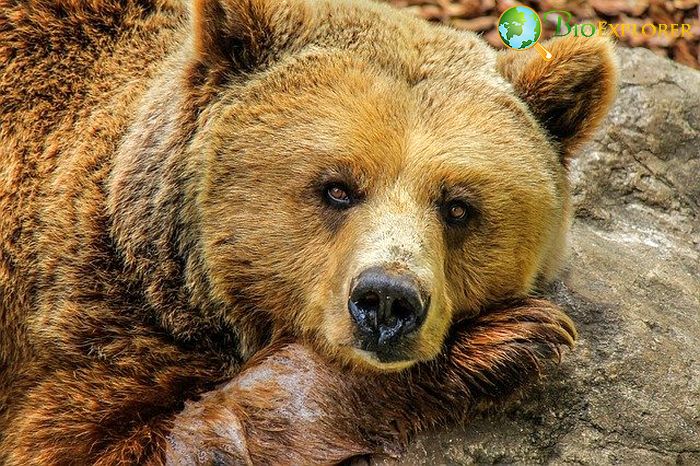 Brown bears inhabit a variety of habitats ranging from deserts, high mountain forests to ice edges. These large animals are also referred to as grizzly bears, and they can grow up to 8 meters tall when standing on their rear feet.

What Do Sloth Bears eat? 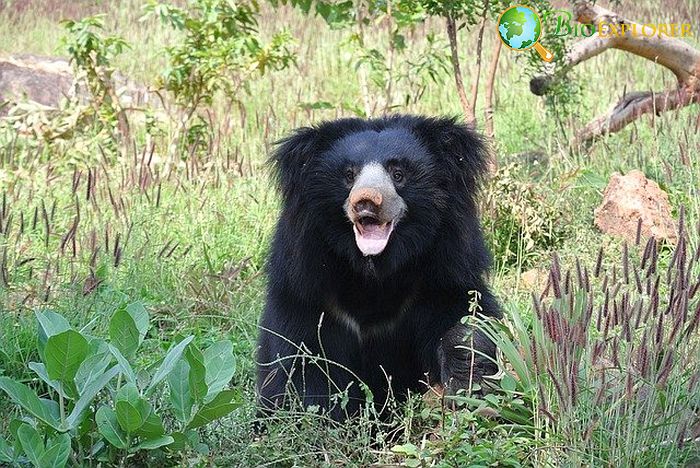 The sloth bears are notable for their shaggy-black coats and strong claws. These unique bears inhabit South Asia’s forests. They have two subspecies, namely the Indian sloth bear and the Sri Lankan sloth bear.

What Do Spectacled Bears eat? 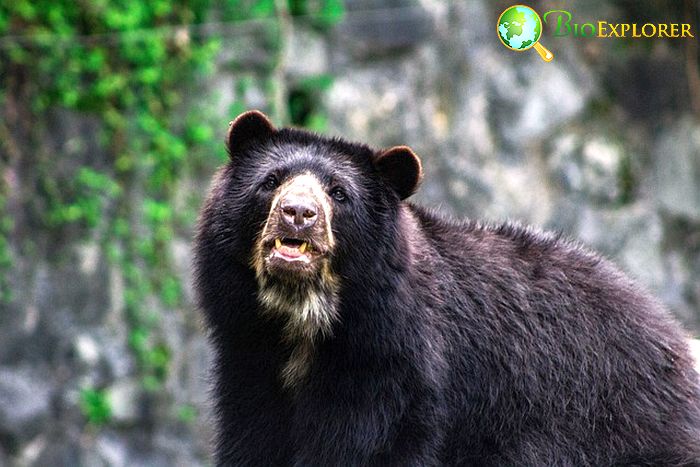 The spectacled bear is also referred to as the Andean bear. It is the only bear species found in South America in Venezuela, Peru, Colombia, Bolivia, and Ecuador.

What Do Sun Bears Eat? 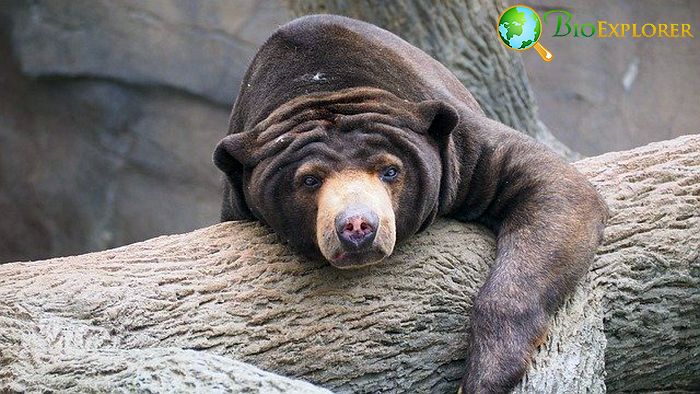 Sun bears are one of the eight extant bear species that are endemic to South East Asia. These bears are the smallest bear species, growing to about 5 feet and weighing almost 150 pounds.

What Do American Black Bears eat? 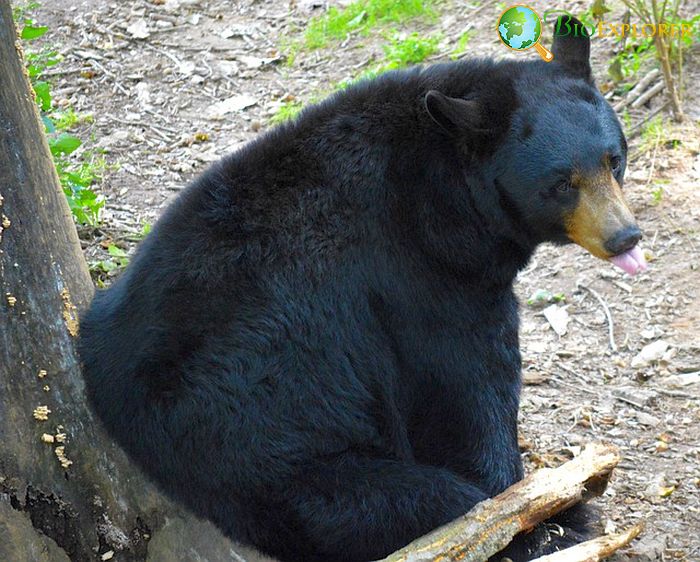 The North American black bears are one of the three bear species found in the United States. It is also the most common and widespread in the region.

What Do Panda Bears Eat? 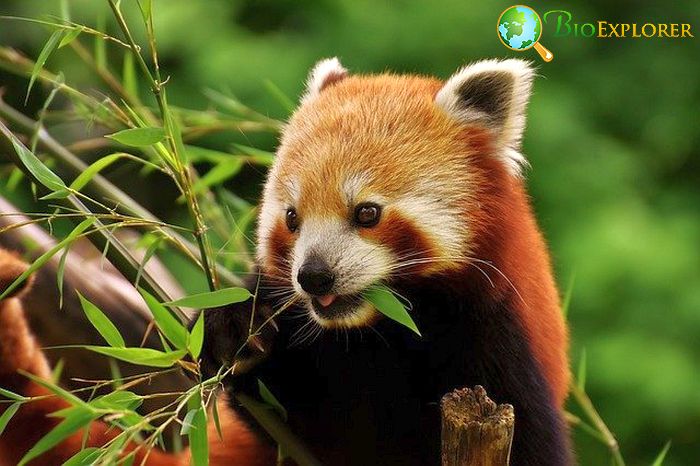 Panda bears are endemic to the south-central parts of China. This bear species will often be found occupying temperate montane forests with a dense bamboo concentration, which makes up 99% of their diet.

When Do Bears Eat?

The time the different bear species are active varies significantly.

How Often Do Bears Eat?

Bears will eat as often as they can as long as they meet their daily energy requirement.

Bears are at the apex of the food chain in their ecosystem, and so in their adult stage, it is unlikely that they will succumb to predation.

Bears, particularly the black bear species, can attack humans and consider them prey, although this is uncommon.

What Role Do Bears Play in the Animal Food Chain?

Bears play an instrumental role in the animal food chain.

The presence of bears is, therefore, an indication of a thriving ecosystem, which is well-balanced.