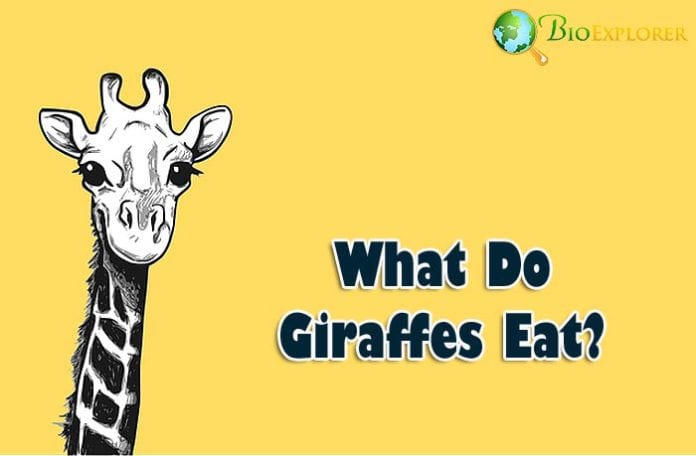 Giraffes are large ruminants. These animals are the world’s tallest terrestrial animals. These spectacular animals tend to dine on the leaves and twigs of plants, such as the acacia trees, mimosa, and wild apricot trees. Giraffes also feed on fruits.

Types of Giraffes and Their Habitats 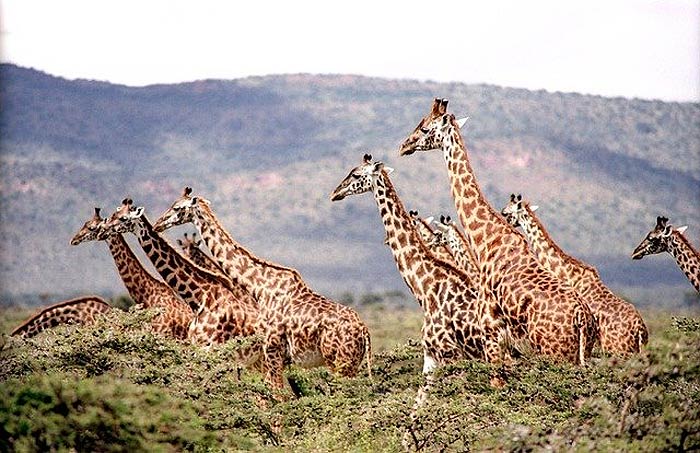 In most studies, only one species or kind of Giraffe was recognized, which is the Giraffa Camelopardalis and 9 of its subspecies, which include:

The above classification was based on the evaluation of the morphology of the giraffes as well as their geographic ranges, which have recently been rendered obsolete.

A recent study performed by the Senckenberg biodiversity and Climate Research Centre and Giraffe Conservation Foundation focused on performing the first DNA analysis on the significant natural giraffe populations in their African range.

Giraffes habitat includes Savannah and woodlands in many African countries such as South Africa, Kenya, Botswana, Zambia, and more.

The findings revealed an updated version of the traditional giraffe taxonomy, and they confirmed that four main types of giraffes exist, and five subspecies.

The four types are as follows, including their preferred habitats.

What Do Southern Giraffes Eat? 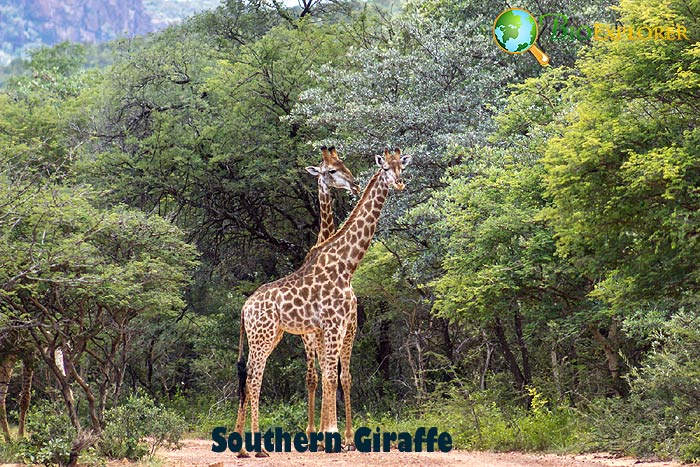 The southern giraffe mainly eats the leaves and shoots of trees. They also dine on flowers, acacia bark, pods, and seeds, depending on their availability. This giraffe rarely feeds on grass.

What Do Masai Giraffes Eat? 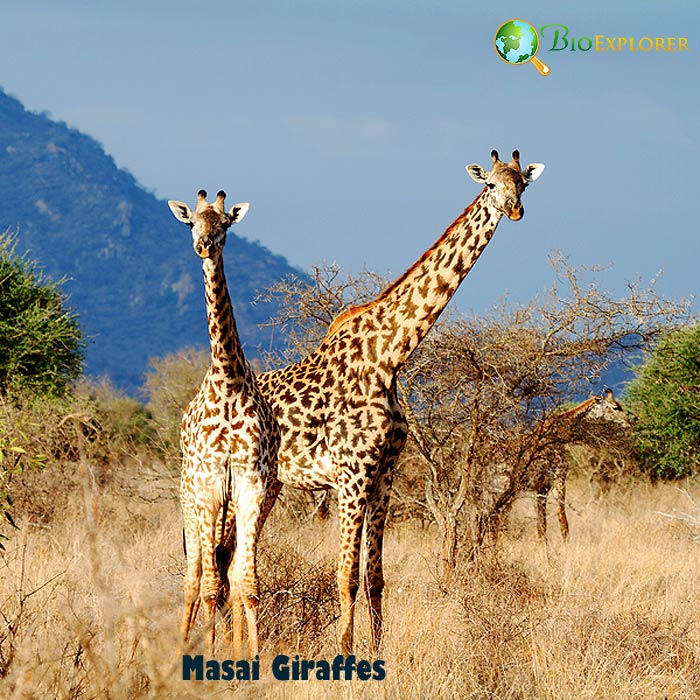 Masai Giraffes mainly eat the leaves of the acacia tree. They also eat twigs and a wide array of seasonal fruits found within their habitat.

What Do Reticulated Giraffes Eat? 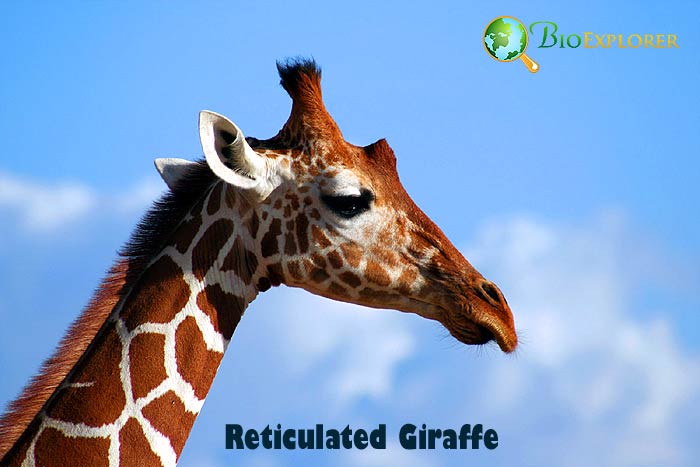 The reticulated giraffes feed on seed pods, leaves, and fruits of their favorite trees, which include acacia, wild apricot, and mimosa.

What Do the Northern Giraffes Eat? 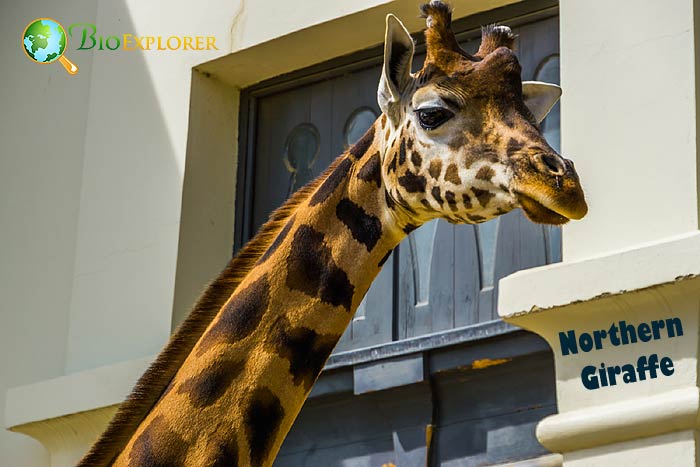 What Do Giraffes Eat in the Savanna? 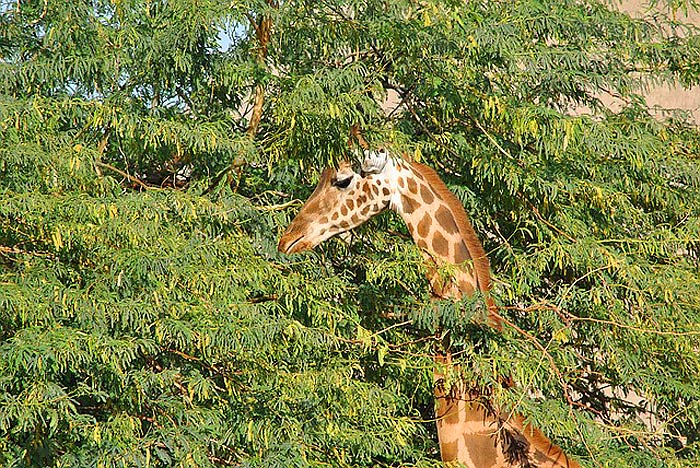 In the domesticated environment such as Zoos, Giraffes would eat bananas if offered. However, in the wild, giraffes mostly consume the leaves, Acacia tree twigs, mimosa, wild apricot trees, and the fruits found in shrubs.

What Do Giraffes Drink? 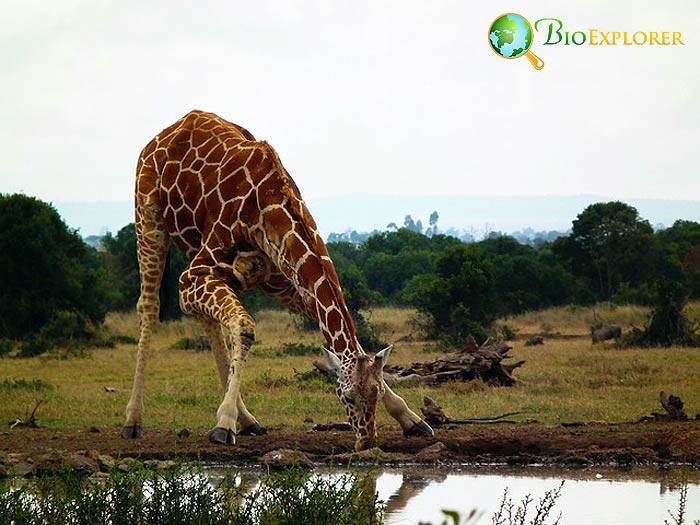 Like many animals, Giraffes do need water for hydration and well-being. Since Giraffes are too tall, it would need to shuffle and spread their front legs to reach for the water on the ground. Especially when these tallest herbivores drink water from the pond or river, they would be vulnerable from crocodile attacks. Giraffes tend to drink water only every few days. However, they do get most of the required water from the plants they consume.

Though giraffes are herbivores, when they lack nutrients from their daily diet or when scarce, they tend to eat bones from dead animals (such as buffalo). By chewing bones, giraffes get the required minerals such as phosphorous and calcium that their body needs. This phenomenon is called as osteophagia. Giraffes won’t eat the entire bones but rather chew them for sometimes until the nutrients are extracted and spit them out.

Note that the same behavior (osteophagy) can be seen in other herbivores, too, namely red deer, wildebeest, antelopes, and camels.

How Do Giraffes Hunt? 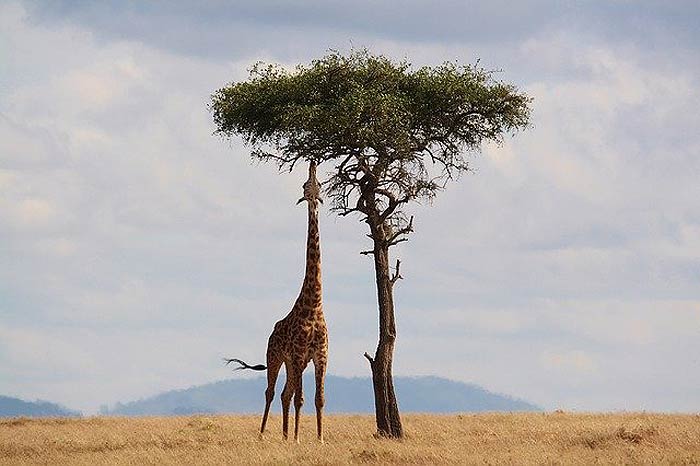 Giraffes do not hunt because they are herbivores, meaning they draw most of their nutrients from consuming plant matter.

When Do Giraffes Eat? 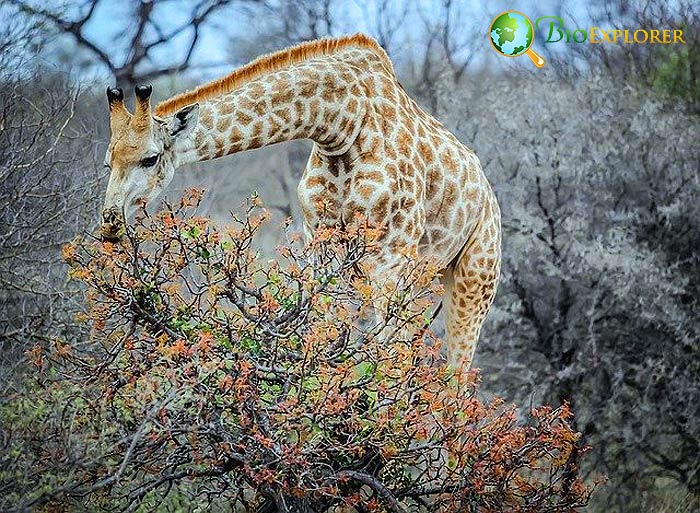 Giraffes are mostly diurnal creatures, feeding during the day and sleeping at night.

How Often Do Giraffes Eat? 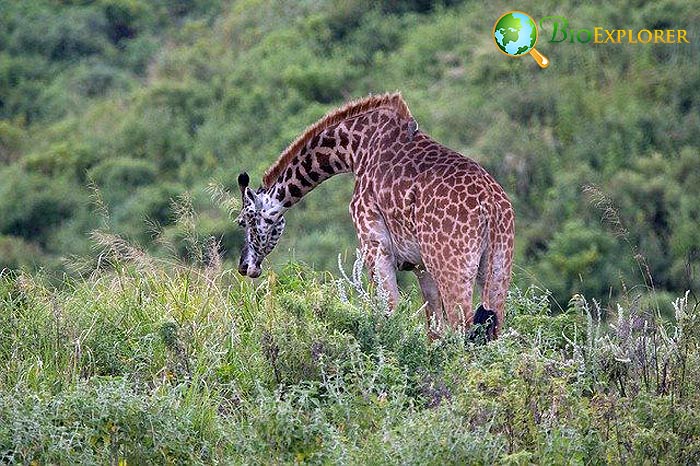 Often, giraffes eat about 75 pounds of food a day. They spend between 16 and 20 hours a day feeding. 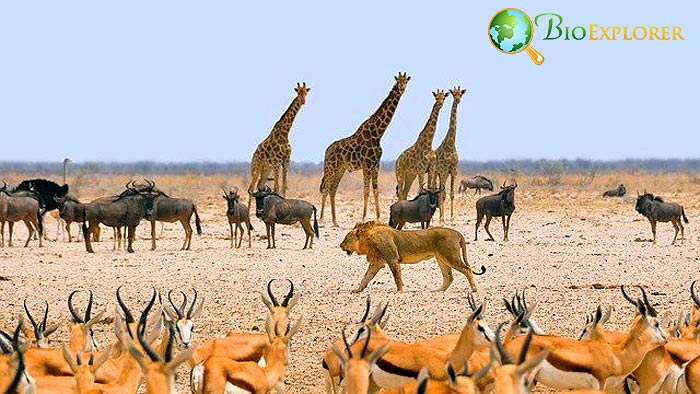 Lions are the most significant predators of giraffes.

Where Do Giraffes Fit in the Animal Food Chain? 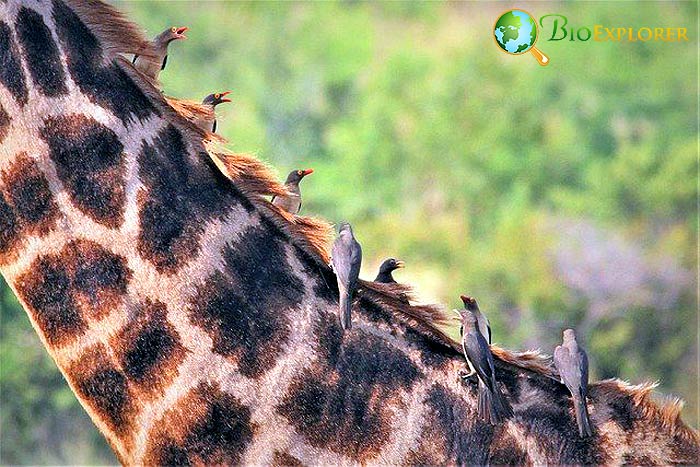 Giraffes play an imperative role in the animal food chain. These organisms are a direct source of nutrition to the animals that prey on them.