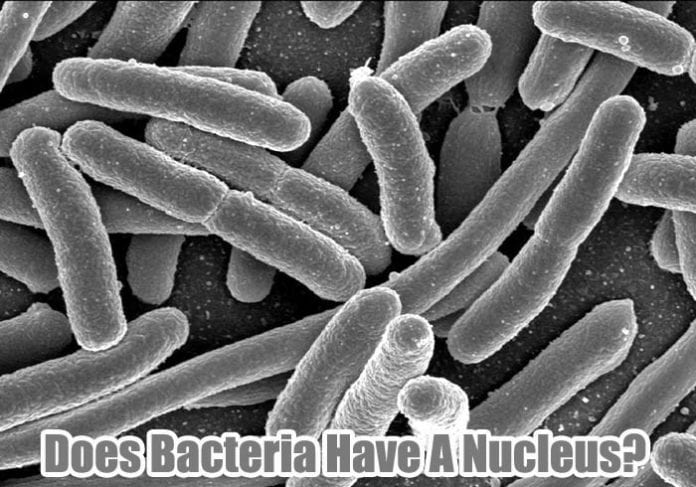 Known as the control center of the cell, the nucleus is the most prominent structure found in Eukaryotic cells. Bacteria, being one of the Prokaryotes, lack one.

So if they don’t have nucleus, what do they have instead? How do they process their genetic information?

Find all the answers to these questions by scrolling down below.

Bacteria are minute single-celled microorganisms under the domain Prokaryota. Interestingly, they are believed to be the direct descendants of the first ever organisms that thrive on Earth about 3.5 billion years ago.

While they seem to be invisible with the naked eye, under powerful microscopes, the structures within bacteria can be observed. Check out the 13 different shapes of bacteria here.

The following are some of the major structures found in a bacterial cell.

Also called as the glycocalyx, bacterial capsule is an envelope around the cell wall that is made up of polymeric substances, either polysaccharides or polypeptides (and sometimes both). The capsule is known to prevent desiccation and attachment of bacteriophages.

The bacterial cytoplasm contains several deposits known as inclusions which are important to their identification. Some of these include proteins, sugars, enzymes and others.

A flagellum is a long and thin, and hairlike appendage in bacteria that enables them to move toward the direction of nutrients and other substances.

Bacterial ribosomes are almost the same to their eukaryotic counterparts, only that they are smaller and slightly different molecular composition. Ribosomes are site for protein synthesis where the nucleic acids are translated to amino acids which are the building blocks of proteins.

Aside from the structures mentioned above, bacteria have a specialized region that allows them to survive. Instead of a central nucleus, bacteria have the region called nucleoid (literally means “nucleus-like“) that contains the suspended genetic material.

How Do Bacteria Replicate?

Bacteria come in different structures and form; but evolution permits them to survive even without nucleus. In general, bacteria replicate through a process known as binary fission. Basically, it simply involves the division of a single cell into two identical daughter cells, acquiring the same genetic material from their parent.

Bacteria are ubiquitous and can be found in almost every place in the planet – in the soil, water, plants, and even animals like humans. With such great adaptability, it is not surprising that they have evolved the ability to reproduce and survive without the structure that enabled their eukaryotic counterparts to do so.