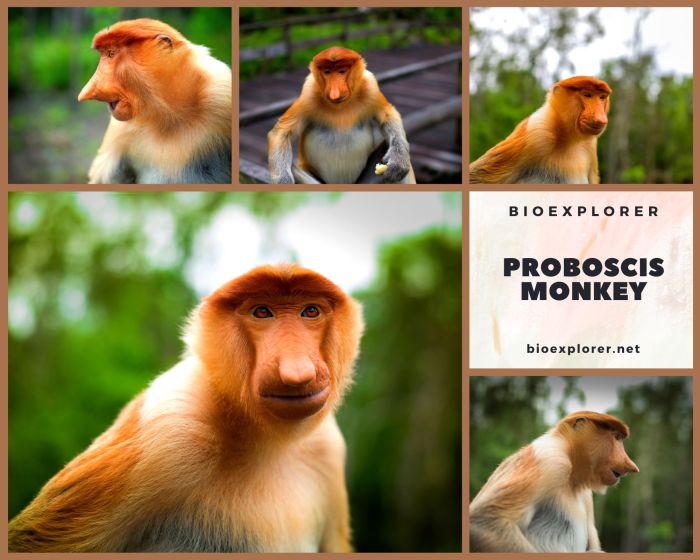 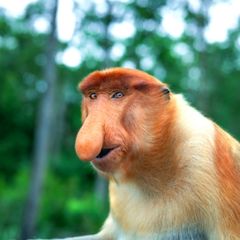 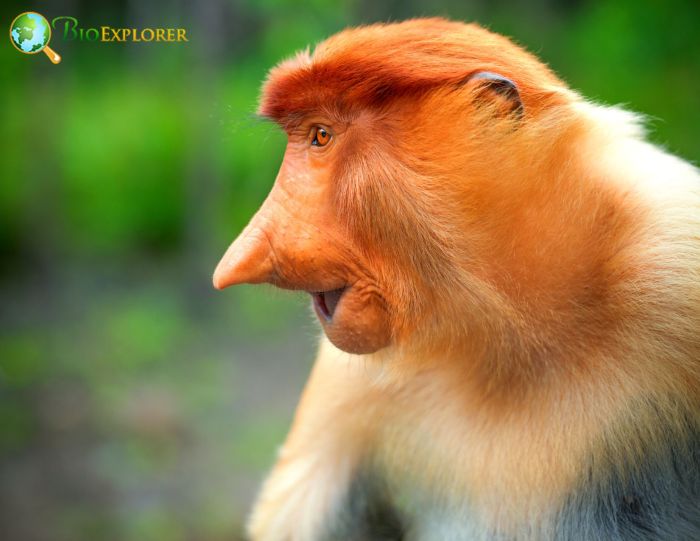 The proboscis monkey[1] (Nasalis larvatus) is an Old-World arboreal species with an unusually large nose, reddish-brown skin color, and a long tail.

What Do Proboscis Monkeys Eat? 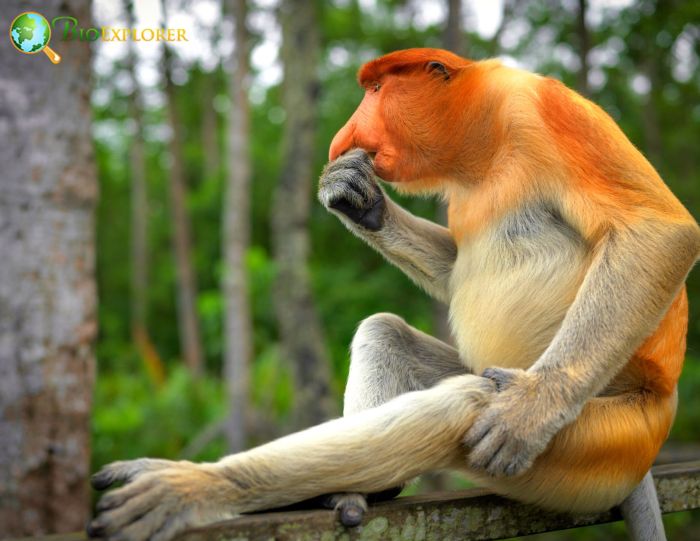 In the wild, the Proboscis Monkey nourishes on[¶]: 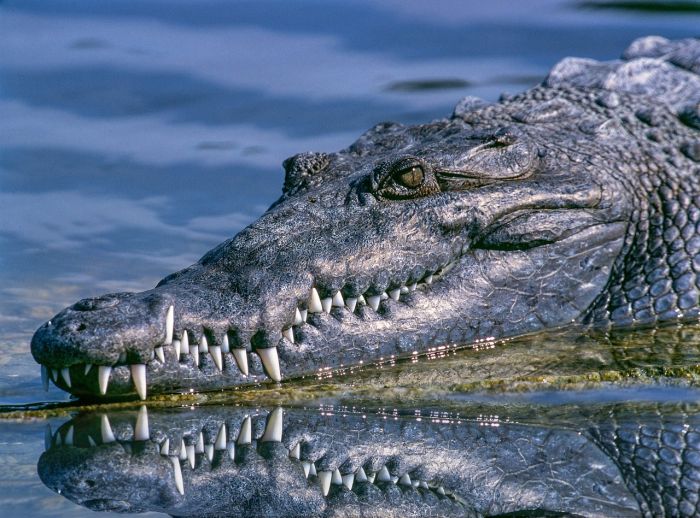 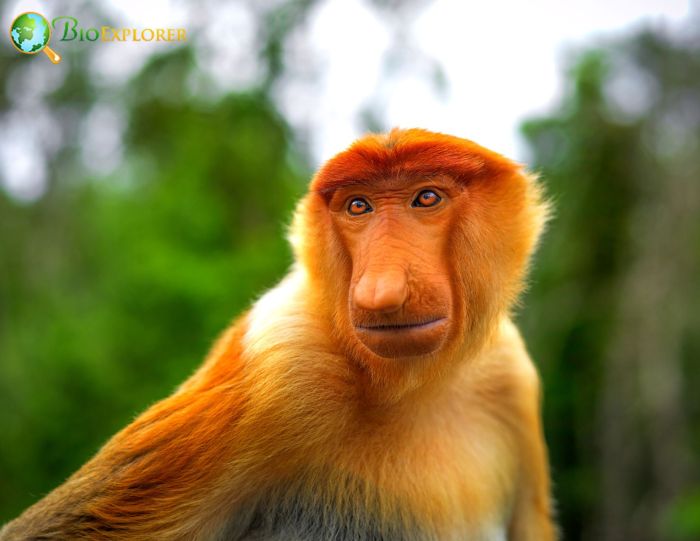