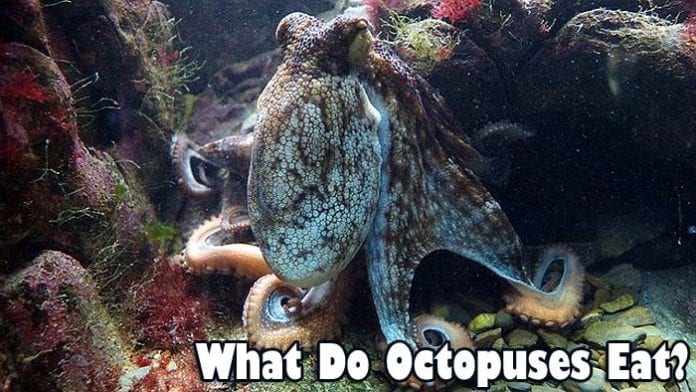 What Do Octopuses Eat? Scientists have discovered over 300 species of octopus, which live in the oceans around the world. Octopi vary in size from small ones to huge ones. These organisms are carnivorous meaning they primarily eat meat.

What Do Octopuses Eat?

Note: Plural form of Octopus is Octopuses (from Greek). However, many people also refer to it as octopi, which is formed as per the Latin rules. So, both octopuses and octopi are used interchangeably in this article.

What Do Deep-sea Finned Octopuses Eat? 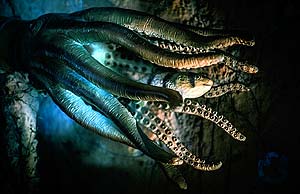 The deep-sea finned octopuses are classified under the suborder Cirrata. About 40 species of the members of this suborder have been described, but limited information is available about them.

Finless Shallow Water Octopuses make up the more significant majority of octopuses, and they are widespread. They are classified under the suborder Incirrina, meaning they lack filaments.

What Do Giant Pacific Octopuses Eat? 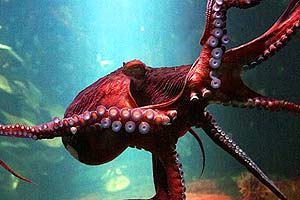 The Giant Pacific Octopus is the largest octopus’ species which lives in dens and caves in the shallow waters of depths of up to 750 meters).

What Do Blue-ringed Octopuses Eat? 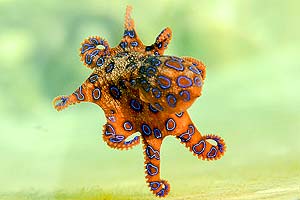 What Do Common Octopuses Eat? 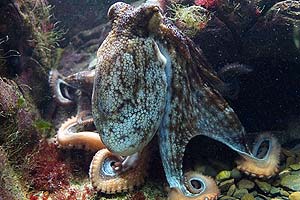 The common octopus is an active predator that mostly feeds on the gastropods (e.g., snails and slugs) and bivalves.

The common octopus (lives in the temperate, tropical, and subtropical waters and a depth of 100-150 meters).

How Do Octopuses Hunt? 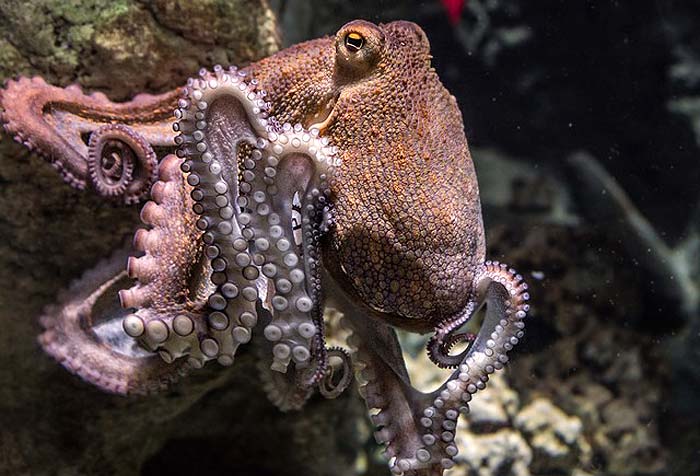 When hunting, octopuses search the ocean floor for their potential prey.

When Do Octopuses Eat? 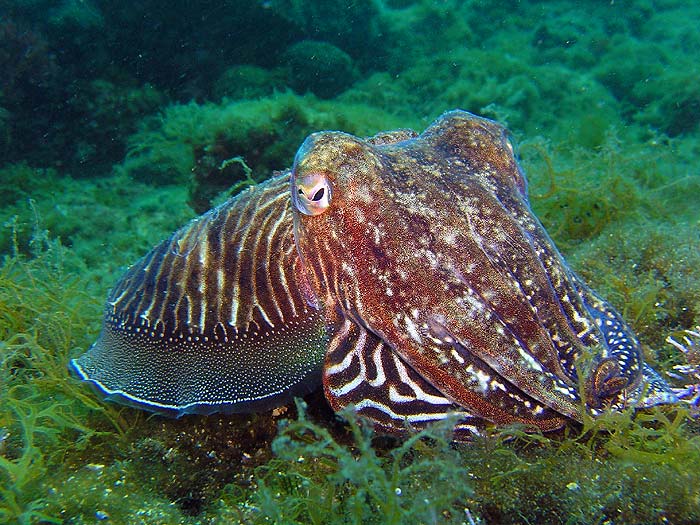 Most octopus’ species, with the example of the giant octopus hunt at night meaning this is the time that they will tend to eat. This behavior is facilitated by their excellent vision, which gives them a visual edge over their prey in murky waters.

Some octopus species are diurnal with the example of the blue-ringed octopus, which hunts during the day.

How Often Do Octopuses Eat?

How often octopuses feed depends on several factors which include the time of the day, how hungry they are, and the availability of food. Studies have confirmed octopi are night feeders. Other researches, however, indicate that octopuses can hunt and eat during the day when they are hungry, and a prey presents itself. 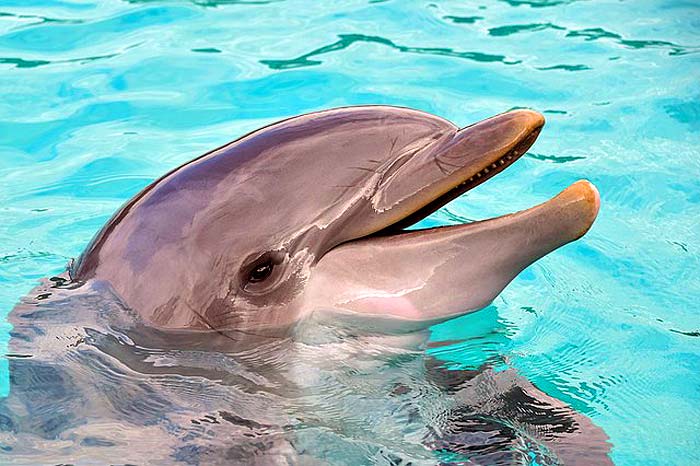 Different organisms consider octopus to be a perfect delicacy. Examples of animals that predate on octopus include eels, dolphins, large fish, seals, birds, and some types of whales.

Where Do Octopuses Fit In The Animal Food Chain? 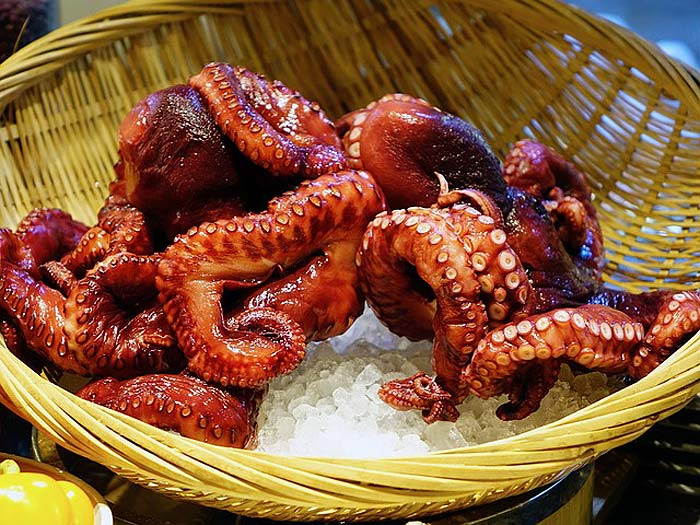 Octopuses also have an instrumental role to play in the ecosystem because they predate on organisms like crabs and lobsters, thus regulating their population.