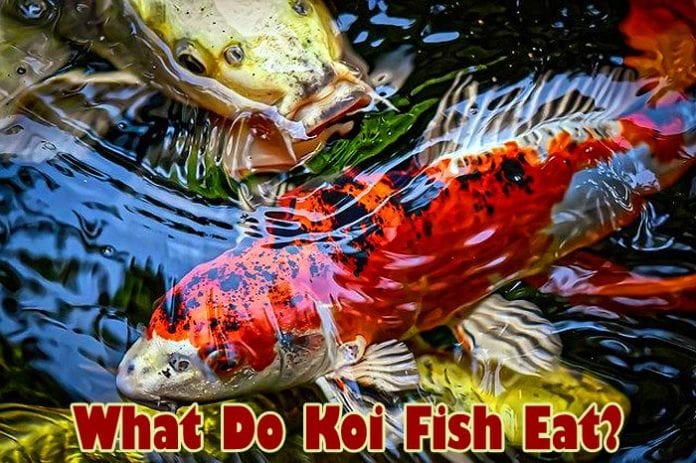 Koi fish are described as the colored varieties of the fish referred to as the Amur Carp (Cyprinus rubrofuscus). The Koi fishes are often bred because of their decorative properties; they are kept in water gardens or koi fish ponds.

This species is commonly found in freshwaters.

What Do Koi Fish Eat? 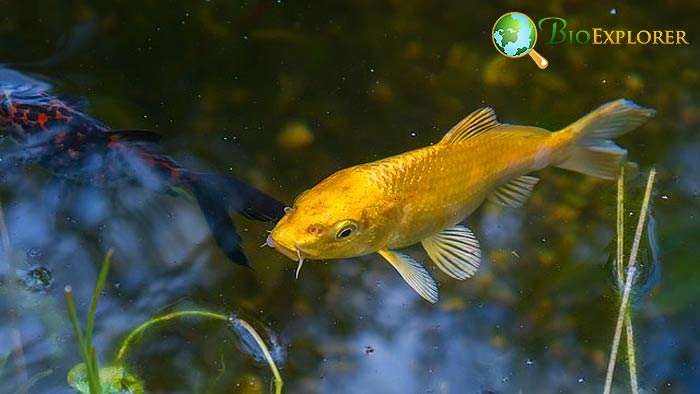 Their diet constitutes fish eggs, juvenile, fish, and insects found at the bottom of the water.

In general, the koi fish diet is dependent on their environment, but their preference is consuming live food.

Types of Koi Fish and their Habitats 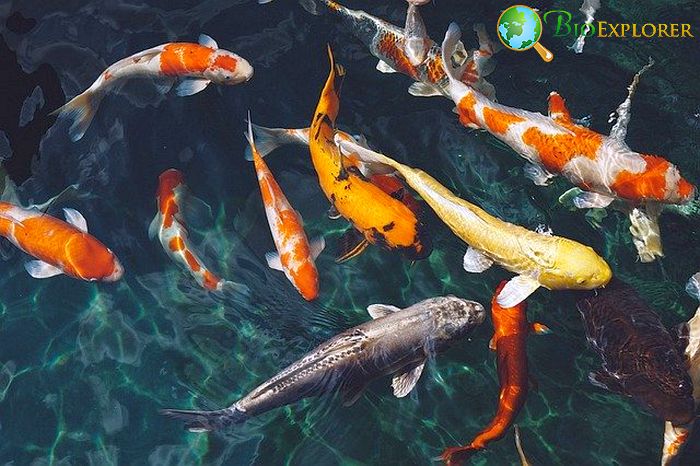 Over one hundred varieties of Koi have been described by the Japanese. These are differentiated based on the patterns of their colorations and scalation. The koi varieties are categorized under different classifications, which include but are not limited to the following:

Shusui and Asagi: The top of the Asagi variety’s body has a pattern resembling a net. The members of this variety have a dark blue edge on each of their scales.

Goshiki: Translation from the Japanese language implies “five colors. ” This variety was bred from the Sanke and Asagi.

Kohaku: The Kohaku variety is one of the widely known koi varieties. The Kohaku has a solid white base and a red pattern overlay.

Goromo: The Goromo variety has similar patterns to the Kohaku; the difference comes in that they have black or blue edges on their red scales.

Hikarimuji: The koi fish varieties classified under this category include Koi that have a single color and have a sheen on their skin.

Hikari Utsuri: This classification has koi varieties that have a metallic body appearance.

The different koi fish varieties can be spotted in creeks, streams, and/or permanent rivers. Koi fish has also been noted to tolerate slightly brackish waters.

How Do Koi Fish Hunt? 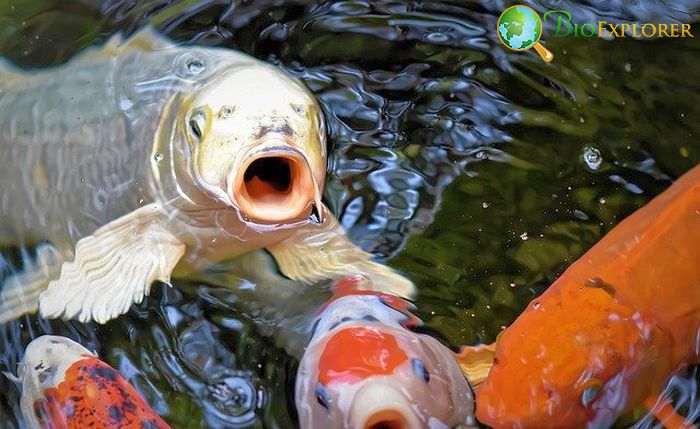 Koi fish are bottom feeders, and they have mastered a strategy to hunt for their protein source in this niche.

When Do Koi Fish Eat? 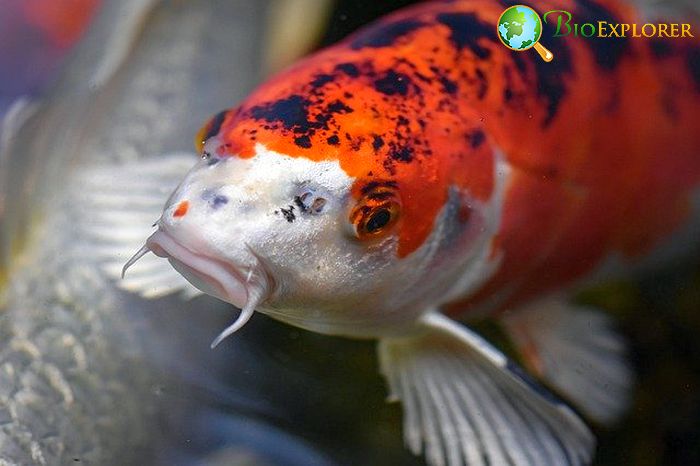 Koi fish often display nocturnal tendencies. During the night, koi fish come out to feed. During the day, they sit at the bottom of the water, possibly as a defense mechanism against being spooked.

How Often Do Koi Fish Eat? 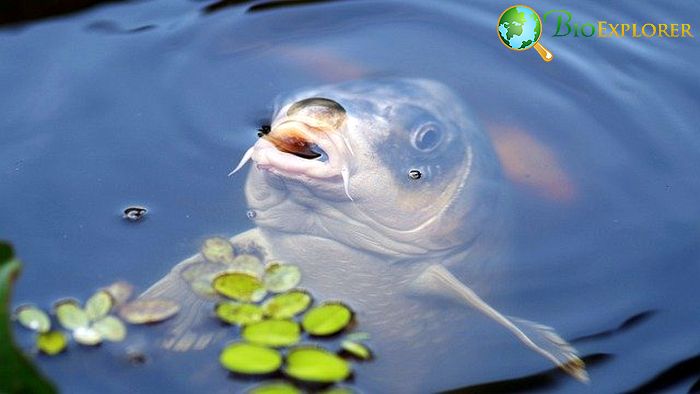 In their wild natural environments, koi fish look for food throughout the whole day. These fishes eat, depending on the availability of food. 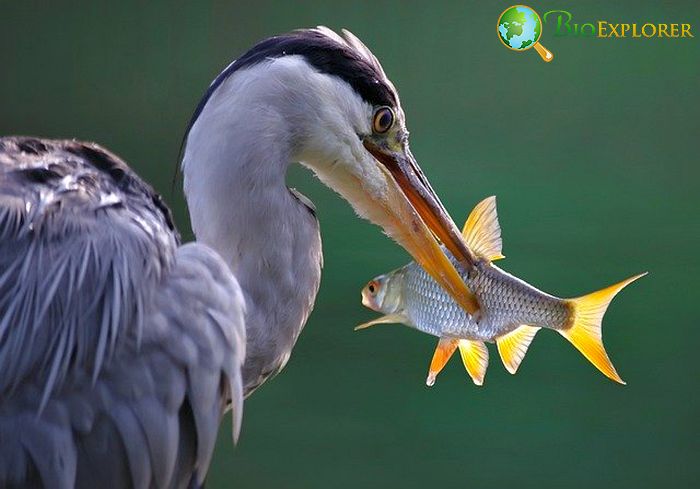 In their natural and artificial habitats (such as ponds), koi fish can be predated upon by raccoons, snakes, bird species (such as herons, hawks, and owls), dogs, and cats.

Where Do Koi Fish Fit in the Animal Food Chain? 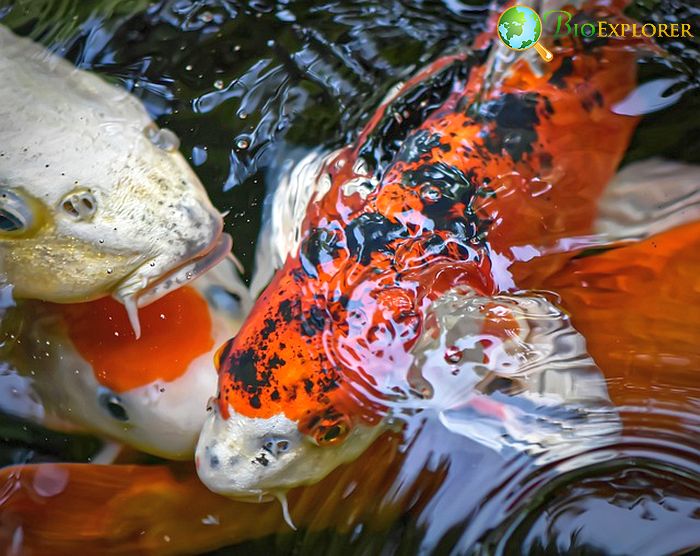 Koi play a vital role in the animal food chain.