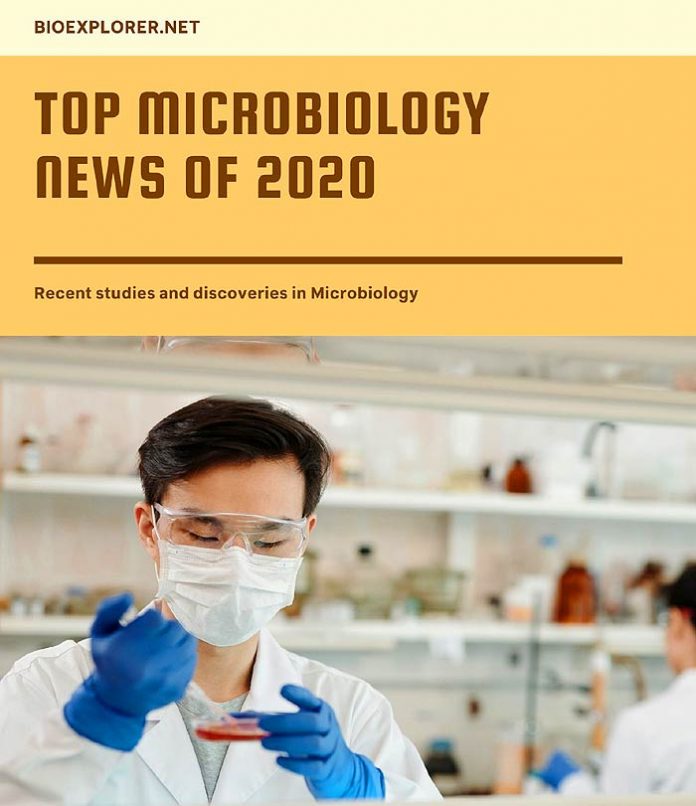 2020 was the year of the horrific pandemic that influenced all aspects of our lives. Unfortunately, the scientific community was impacted too. Still, though the whole world scrambled to study the new virus, many scientific teams have made breakthroughs in other areas of microbiology and virology.

Bacteria were found to be more resourceful and resilient than previously thought. Some bacterial species were found to survive in under the ocean floor. Other bacteria apparently can produce their own carbon.

Scientists manage to discover new species of giant viruses with unique properties in 2020. It seems bacteria can assist us in counteracting climate change and battle waste. Despite the losses the pandemic caused, the future of microbiology is bright and full of potential new discoveries. 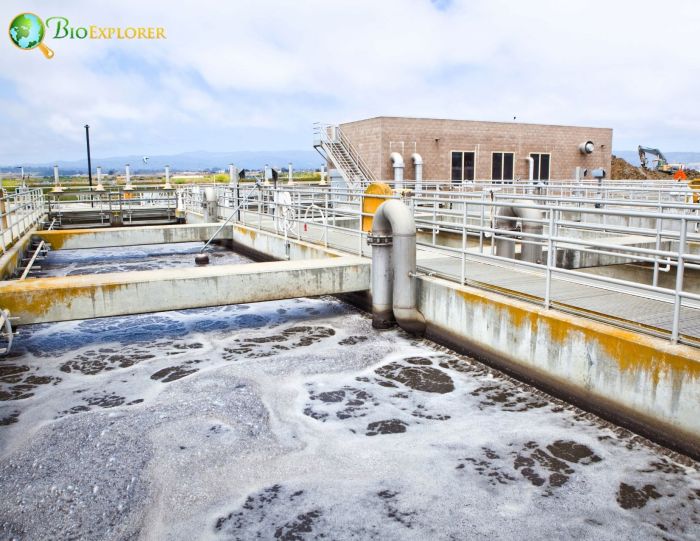 Bacteria are crucial in detoxifying waste created by humans. These tiny organisms can break down toxic substances like ammonia and phosphates in wastewater. That is why wastewater plants usually put the waste through a reactor chain.

Each reactor in such a chain contains different types of bacteria. Due to their size, bacteria can perform a limited number of reactions and usually require specific conditions to grow. Therefore, each reactor has a limited number of bacterial species, and separate reactors are usually dedicated to specific processes. A team of Singapore researchers have sampled the bacterial communities in different reactors and has found the following:

2. Elephant killing cyanobacteria – Researchers have found that microscopic microorganisms are behind the horrific death toll among elephants in Africa [Botswana, June 2020] 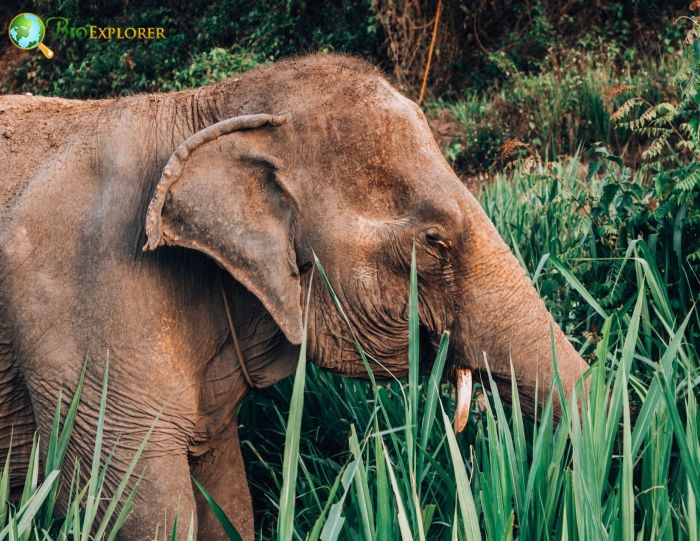 Sometimes some of the most significant organisms on Earth can be destroyed by something infinitely small. Since May 2020, more than 300 elephants have died in Botswana, a country in Southern Africa. It was established that those elephants were not killed by poachers. Researchers have taken samples from the fallen giants and have found the following: 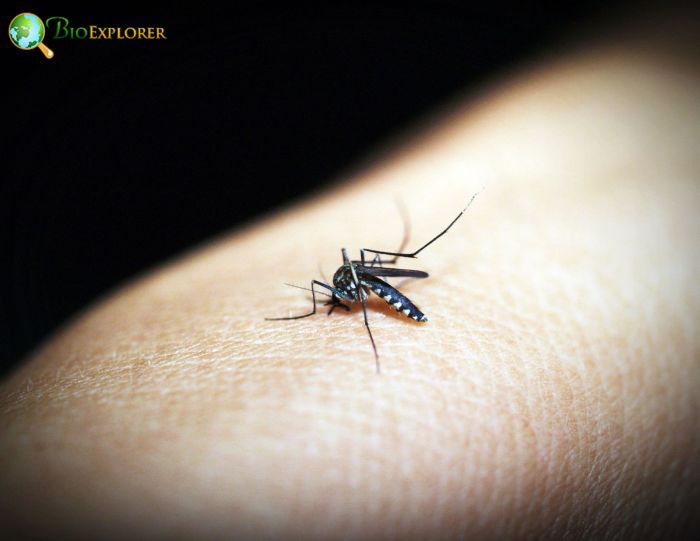 Malaria is a dangerous infectious disease that is hard to destroy. Many countries in Africa and Asia still suffer from its impact. From repellents and nets to various medications, current measures are insufficient to eradicate malaria infection completely.

One of the reasons for this is that the malaria pathogen, Plasmodium falciparum, is transmitted through a mosquito’s bite. The spread and activity of mosquitoes are not easy to control. Multiple approaches targeting the malaria carrier have been proposed in the last decade.

Recently, a research project organized by scientists from the United Kingdom and Kenya has tested out an idea that is both safe and efficient:

Later, in June 2021, a team of Indonesian scientists used a similar approach to prevent the spread of dengue virus. Their method used infection with Wolbachia, another well-known insect pathogen. Wolbachia infection causes the carrier mosquito, Aedes aegypti, to become sterile and drastically reduces their population, thus decreasing the likelihood of dengue virus spread. The approach was already applied in Singapore and led to the suppression of dengue virus in three years. 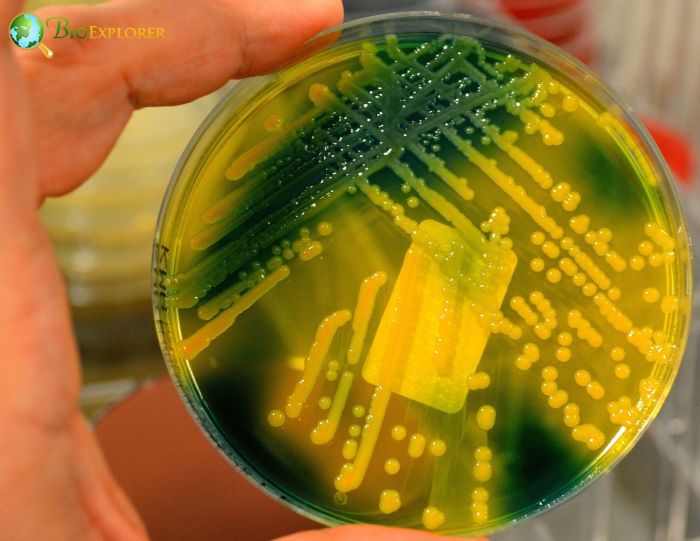 One of the most terrifying properties of bacteria is their ability to form biofilms. A bacterial biofilm is an association of multiple bacteria that work together and cover themselves with a matrix substance. This matrix protects them from various attacks. If a biofilm forms in a hospital setting – this matrix can become impenetrable for antibiotics. Not all bacteria that form biofilms live in humans or on medical devices. There are species of bacteria that live in the soil. These bacteria can often be food to soil-dwelling worms called nematodes.

A team of researchers from China, Hong Kong, and Singapore has decided to study the interactions of a well-known nematode, Caenorhabditis elegans, and a biofilm-forming bacteria, Pseudomonas aeruginosa:

C. elegans is not considered to be a harmful soil nematode. On the other hand, a group of soil nematodes can potentially damage plant roots. The main approach against such worms is using toxic compounds that can be very harmful to the soil ecosystem. Using bacterial traps instead can be potentially a cheap, effective, and safe method against there plant parasites. 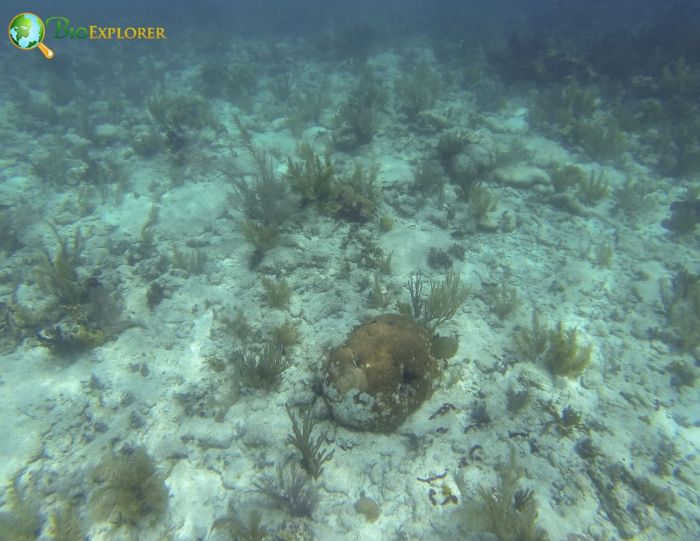 Bacteria can survive multiple extreme conditions. However, as a rule, these microorganisms need a steady source of carbon and oxygen or some other oxygen alternative in the case of anaerobic bacteria.

Such sources are rare in some regions of the world – for example, in-depth of the ocean. The lowest levels of the seafloor are often referred to as low productivity areas as there is almost no access to sunlight or potential nutrients. Nevertheless, colonies of bacteria can be found even there.

A team of Japanese researchers has decided to study the area called South Pacific Gyre. This area is sometimes called a “biological desert“. It is located very far from all continents. This area is said to have some of the most transparent water on the planet – and that is not a good thing for supporting life.

This part of the ocean is low on nutrients and chlorophyll, which means a low chance of photosynthesis. Considering how little food the upper layers of water contain, the ocean floor has even fewer feeding opportunities. There is also an added pressure of water above.

The scientists have taken probes from this ocean floor, composed of various sediments – a material made from multiple dead organisms and particles falling down on the ocean floor. The analysis of these sediments has shown that:

These new data show that aerobic bacteria can grow in extremely poor conditions and under high pressure for a million years and still retain their ability to divide and grow if the conditions change.

This discovery has long-term implications, as global warming can cause the release of such bacteria from ice or ocean floor, and the properties of these microorganisms are unknown.

6. Pregnancy, microbes, and brain are linked – The composition of bacteria in a pregnant mother’s gut can determine the brain development of the baby, study finds [USA, September 2020] 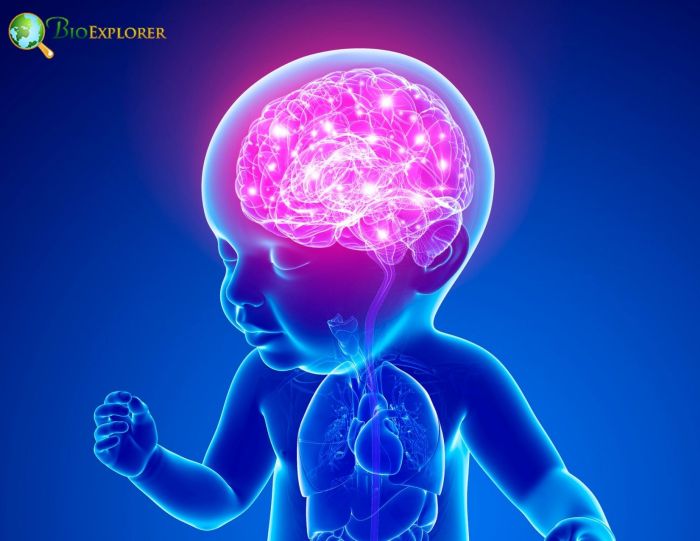 Humans serve as hosts to a variety of microbes. These microbes do not cause infections. Moreover – they are beneficial for multiple reasons. First, they form communities that live in various areas of the body. These communities are called microbiomes.

Recently, scientists have started to focus on one specific bacterial community that lives in our gut. Specialists try to find out what functions do bacteria play and what bacteria are better than others for our well-being.

A team of scientists from the University of California Los Angeles, USA, have posed a new question. We know that the microbiome in the gut changes throughout our lives and influences our well-being. Then what about the next generation?

To find out, the researchers used laboratory mice. First, they used two groups of mice: one group had all the microbes in the gut killed due to antibiotics or because the animals were initially raised germ-free.

The other group contained regular communities of bacteria. Both groups were female, and they gave birth to offspring. The researchers then investigated the state of the offspring and found out that:

This is the first study that shows that gut bacteria can influence brain development during pregnancy. It is yet unclear whether the same effect is present in humans, and this will require more research.

In 2021, many studies showed that diet can also influence the development of offspring byinfluencing the composition of bacteria in the gut. 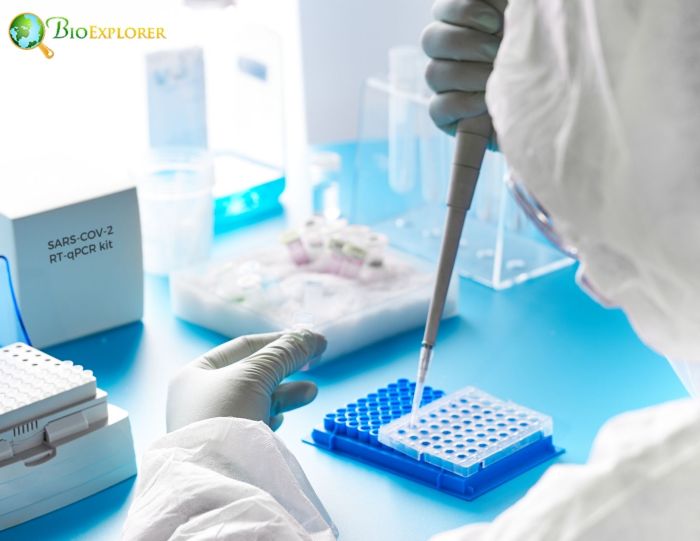 The year 2020 was undoubtedly the year of SARC-COV-2, the infamous cause of coronavirus disease that has devastated the whole world. Scientists have painstakingly studied this new virus, deciphered its genome and observed its effects on various cells.

One such study undertaken by a joint team from USA and Pasteur Institute, Paris, France, has been devoted to studying the events after the virus infects cells.

This study provided two major pieces of information. First, it has shown one of the mechanisms of spreading the virus within the body. The second important piece of data is that major cellular proteins are changed by the virus.

If the reactions led by the changed proteins could be blocked by drugs, the spread of coronavirus within the body could be stopped. Thus, a potential medical strategy could be developed.

In 2021, a team of Cuban researchers proposed a model drug that directly targets this filopodia-triggering mechanism.

8. Bacterial kamikaze – bacteria have an altruistic strategy that ultimately kills few to protect many [USA, August 2020] 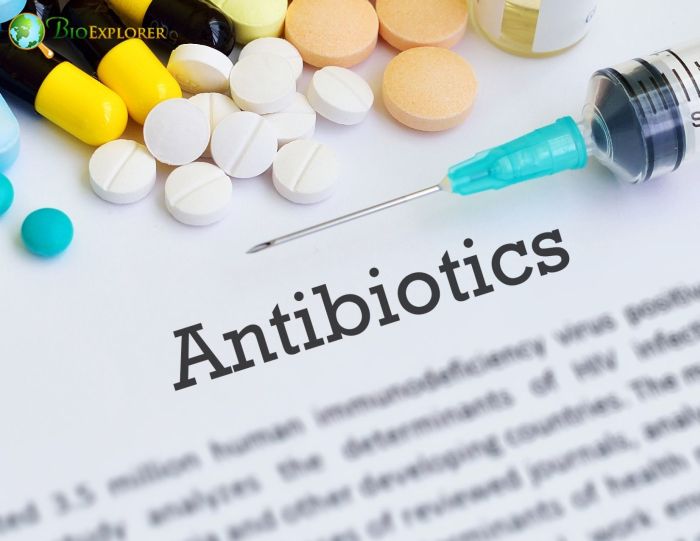 We are all familiar with one of the major problems in the medical field – antibiotic resistance. Multiple mechanisms contribute to it. One of the major ones is the indiscriminate prescription of antibiotics and the incorrect dosages. So, the bacteria can adapt to the agents that kill them. But how they manage to adapt is still not understood properly.

A team of researchers at the University of Texas in Austin, USA, has focused on an interesting property of certain bacteria – swarming. Like bees, certain bacteria with propelling organs called flagella can form swarms.

While creating swarms, bacteria group tightly together, even forming complex figures. It was discovered that these bacterial swarms can survive antibiotics better than single bacteria. The researchers have decided to look into the mechanism of this resistance, as bacteria in swarms do not have any new antibiotic resistance genes:

It is crucial to understand various resistance mechanisms in bacteria to improve the treatment of infections. Incidentally, in 2021, a similar mechanism exists in pathologic infectious fungi – yeasts. This mechanism provides resistance to antifungal agents. 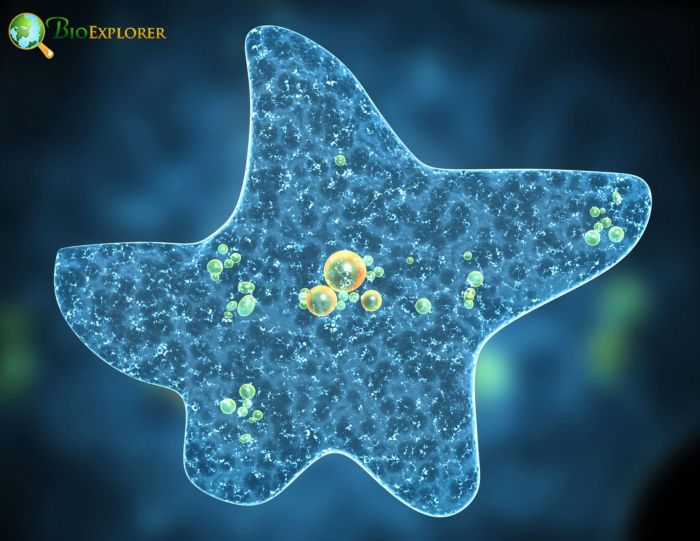 Amoebas have their own set of viruses. These amoebal viruses were discovered recently and are currently in the spotlight of virology research. They are often referred to as giant viruses because they are relatively more significant than those previously described.

Routine sampling in the artificial urban lake called Pampulha in Belo Horizonte, Brazil, has yielded a virus that was unlike any other:

10. Hidden in the membrane – bacteria have proto-memories, study finds [Spain-USA – China, May 2020]

Bacterial biofilms have multiple properties that attract the attention of scientists. The formation of biofilms is partially dependent on electrical signals bacteria produce. These signals are generated with the help of protein structures called ion transport channels.

The channels transport ions with electrical charge across the bacterial membrane, thus creating a membrane potential. This can lead to an electrical signal.

A team of researchers from the University of San Diego, USA, have decided to study how these channels and the signals they generate change over time in response to light:

The way bacteria react to the outside signal and retain their memory for a while resembles the process in neurons of higher animals. This is the first finding of such “proto memory” in bacteria.

In 2021, it was found that such memory is not limited to light signals. It was shown that bacteria can remember the exposure to toxins and develop resistance with each repeated addition of the toxic substance to the same population.

The pandemic has highlighted that we need to take infections – both bacterial and viral – seriously. And the active research in microbiology and virology in 2020 has also shown how complex the seemingly minuscule organisms are. For example, some bacteria in hot vents have chemical machinery that makes them able to destroy ethane.

Regular Bifidobacteria can work in unison with chemotherapy, destroy and invade cancer tumors. In addition, the composition of bacteria in our guts can determine if we can develop depression. In short, bacteria and viruses influence many aspects of life on Earth and our lives in particular. And it is essential to remember that small does not mean insignificant.