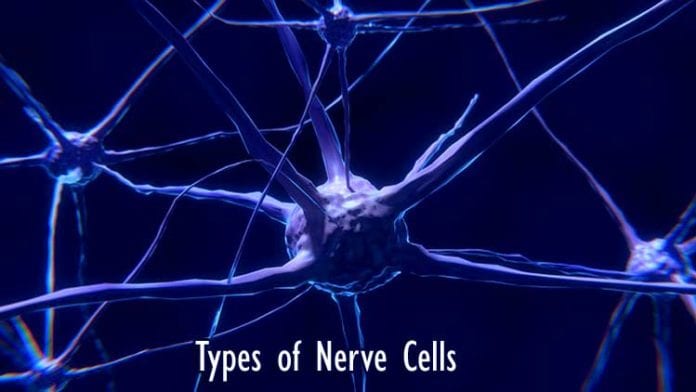 The Nervous System is a network of interconnecting structures called neurons that also comprises of the brain and spinal cord. A plethora of different cells regulate and control the functions of the nervous system.

What is a Neuron? 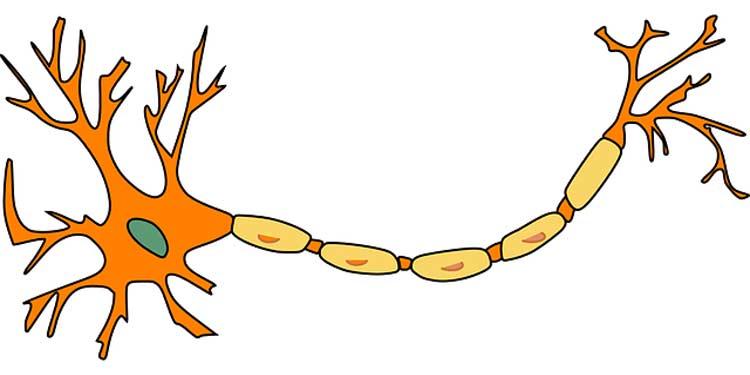 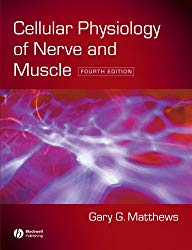 Types of Neurons by Functions

In the spinal cord, there are three major types of neurons: 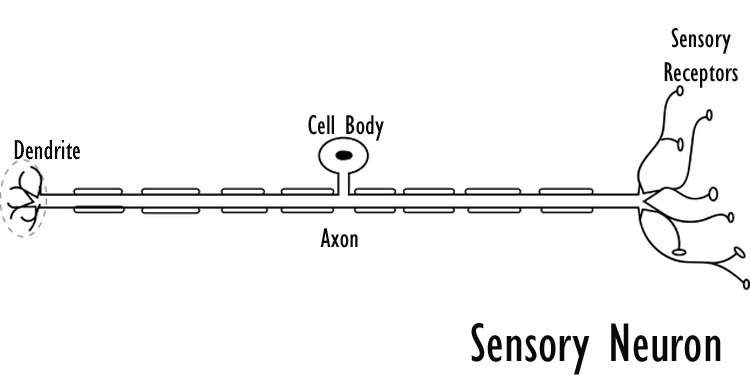 The sensory neurons get activated from the external stimulations such as touching a hot surface or hearing music or a chemical reaction. 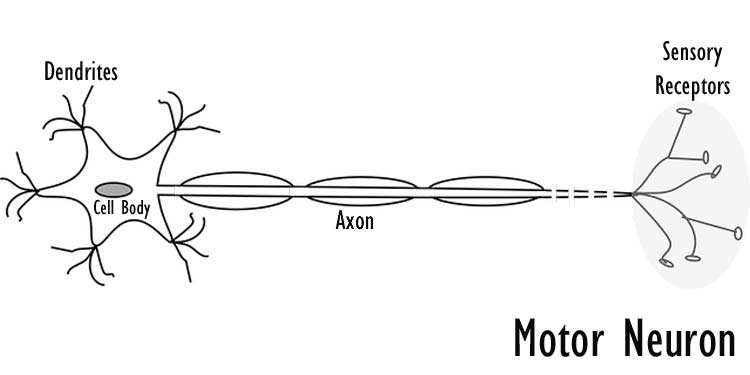 The neurons send impulses from the spinal cord to skeletal and smooth muscles (as in the stomach, bladder, and other internal organs), and thus directly control all of the muscle movements. 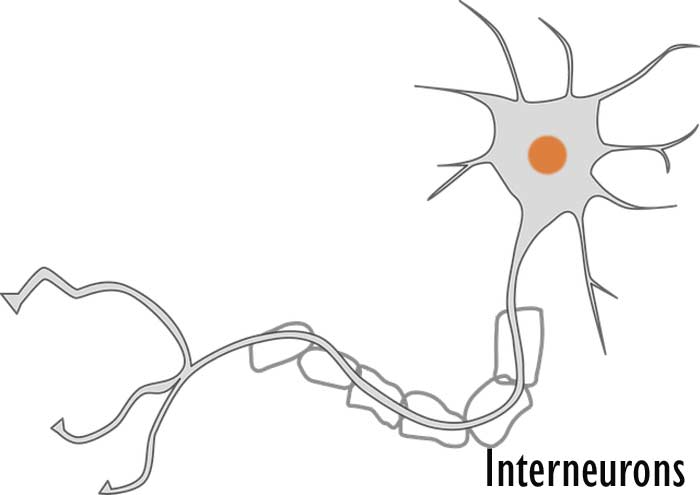 Types of Neurons by Shapes

This type of neurons are the principal neurons in insects. These neurons have one axon and two dendrites. These neurons are sensory neurons that help in the transmission of impulses throughout the CNS. In humans, unipolar neurons are found in the retina of the eye, ganglia of the vestibulocochlear nerve, and so on. 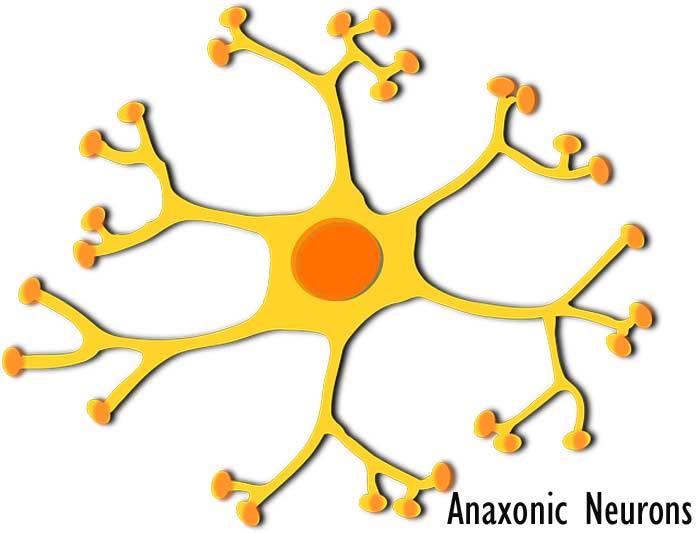 An anaxonic neuron is a neuron where the axon cannot be distinguished from the dendrites. According to recent discoveries, scientists claim that neurons have no axons and only dendrites. These neurons are found in the brain and the retina. Interestingly, they are also found in invertebrates. Anaxonic neurons act as non-spiking interneurons. 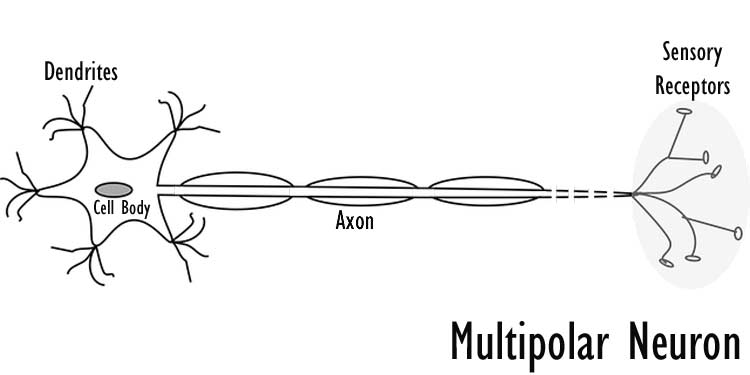 Multipolar neurons are abundant in number within vertebrates such as humans. Each neuron has a cell body, a long axon, and short dendrites. They are found in the brain, spinal cord (CNS), and autonomic ganglia.

What are Glial Cells?

Glial cells are essentially supporting cells that aid in the maintenance and function of the neurons. Compared to neurons, glial cells are more abundant in number in the human body.

The ependyma is composed of ependymal cells known as ependymocytes, which is a type of glial cell. These cells line the cerebrospinal fluid (CSF) filled ventricles in the brain and the central canal of the spinal cord. These are nervous tissue cells with a ciliated simple columnar shape similar to some mucosal epithelial cells.

Astrocytes are the most abundant type of nerve cells in the body. Astrocytes are mainly involved in controlling the blood flow to the brain and maintaining electrical connectivity at the synapse or neuronal junction to ensure proper transmission of electrical impulses.

Microglia act as immune cells called macrophages and remove any dead cells of debris in the nervous system.

These are found in different locations in the nervous system but share similar functions. They are involved in producing a substance known as Myelin that forms a covering around the axon for its protection. 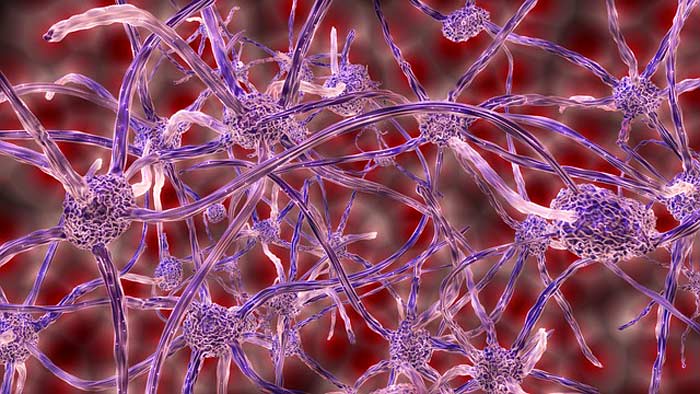 The principal function of nerve cells is to generate the electric nerve impulses, process, transmit and receive them between various organs. They carry these nerve signals from one part of the body to another part of the body.