Facilitated Diffusion: Imagine the situation in a crowded entrance of a concert hall or arena. Before the concert, everyone seems to want to enter the place as soon as possible. The lines are too long, the place is too jam-packed, and fans may be standing so close to each other. However, as the door opens, fans quickly enter, and the previous crowd started to spread out.

This scene is quite similar in the case of diffusion of molecules and substances. By definition, diffusion refers to the physical movement of molecules to free space as a result of the kinetic properties found in al molecules.

Diffusion, which comes from the Latin word “diffundere” (meaning “spread out“), may also be defined as the movement of molecules down a concentration gradient as they will have to mix in order to be evenly distributed.

Diffusion is considered to be a spontaneous process; however, this is not always the case; some molecules and substances need assistance in order to permeate membranes–such process is known as facilitated diffusion.

The understanding of such a process is essential to the basic knowledge of how cells work, and primarily, how living organisms survive. However, one crucial thing is that most membranes of living organisms are impermeable to hydrophilic (water-loving) molecules.

This becomes a dilemma because most essential molecules are as such. With the use facilitated diffusion, this problem is easily solved by cells.

Find out how as you learn more about this process below.

What is Facilitated Diffusion?

Interestingly, several attempts have been made by scientists and engineers to imitate the process of facilitated transport in non-biological membranes. Such efforts were primarily made as a mechanistic basis of industrial-scale liquid and gas separations.

However, at present, there has been no reported successful attempt yet, mostly associated with the poor dissociation and overall rigidity of the carrier proteins used. 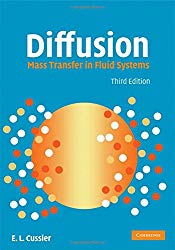 According to the calculations and experiments were done by Cussler and his colleagues (1988), facilitated diffusion can happen in polymer membranes as long as they have “chained” carriers bound to them.

Also, solute fluxes will have to increase with increasing concentration of carriers (probably higher than that of the first power). With that, solute fluxes tend to display high selectivity; thus displaying the chemical reactions that occur between the solutes and the carriers.

Because of the composition of the cell membrane, some essentials substances are unable to move across it and can only be transported via facilitated diffusion. To name a few, glucose, oxygen, amino acids and nucleic acids, and sodium ions are some of the most common molecules transported across the virtually impermeable plasma membrane. As such, their movement should be “facilitated” by proteins.

One of the most commonly transported substances in the cell is glucose, a molecule of sugar that is essential for the energy of cells.

In the bloodstream, the oxygen is known to have a very high affinity with hemoglobin molecules on the surfaces of red blood cells.

Aside from glucose and oxygen, amino acids and nucleic acids are transported into the cell via facilitated diffusion.

Sodium ions diffuse across membranes through the help of channels present in the cell membrane’s hydrophobic barrier.

In this page, you have learned that facilitated diffusion is a highly regulated and selective transport process.

Such knowledge will be an important starting point for understanding the governing mechanisms that occur in the process.