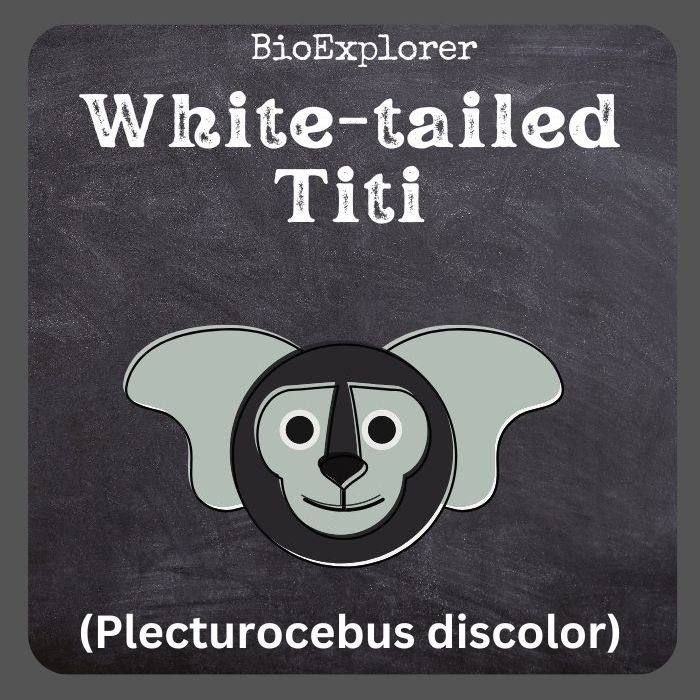 White-tailed titi monkeys[1], also called red titi monkeys or red-crowned titis and not to be confused with Coppery titi (Callicebus cupreus), also commonly known as red titi, are endemic to the dense rainforest and gallery forests of Peru and Ecuador.