Kupffer Cells: Every day living organisms like humans are subject to the attack of disease-causing agents called pathogens. The only good thing is that they have a special kind of innate protection referred to as “immunity“.

As the level of the complexity of the organisms increase, their immunity also becomes more extensive. Humans, for example, have various cells in the body which act to help deter the presence of pathogens.

Coming from the two Greek words “makro” and “phagein” which mean “big” and “to eat” respectively, macrophages are large and specialized cells for destroying and engulfing foreign bodies. Check out the complete history of immunology and its timeline here.

They are usually formed as a response to an infection or an accumulation of dead and damaged cells. Interestingly, macrophages in the body are modified to different structures and forms to adapt to various microorganisms and invaders.

For instance, macrophages located in the liver sinusoids are called Kupffer cells.

How to pronounce Kupffer Cells?

What are Kupffer Cells?

In mammalian bodies, Kupffer cells are the most abundant tissue macrophages as they constitute 80-90% of them. Also known as Kupffer-Browicz cells or stellate macrophages; these specialized macrophages are specifically found in the liver.

As identified in the early 1970s, the specialized function of Kupffer cells is mainly due to their peroxidase activity. In biology, this is termed as the “tolerogenic” phentotype necessary to prevent undesired immune response to any stimuli.

They are identified to contain vacuoles and granules and tubular and vermiform (worm-like) invaginations. 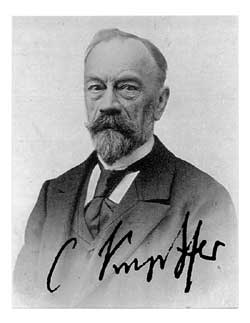 First described in 1876, they were named after the German scientist Karl Wilhem von Kupffer. This discovery started when von Kupffer observed this so-called “Sternzellen” (German word for “star cells“) in the liver. By using gold chloride staining technique, he thought that these cells have functions in the the tissue called space of Disse (perisinusoidal connective tissue in liver blood vessels).

Twenty-two years later, such an idea was disproved by scientist Tadeusz Browicsz as he correctly identified them as macrophages.

In humans and other mammals, the development of Kupffer cells starts in the yolk sac. Primitive macrophages differentiate into fetal macrophages and then enter the bloodstream. After that, they go to the fetal liver to become mature cells.

Here is an overview of Phagocytosis:

These cells are too minute to be observed individually using a compound microscope. Oftentimes, electron microscopy to observe the Kupffer cells elongated to worm-like to the star-shaped body.

Like any other cells, they have various distribution and arrangements of organelles. Described below are some of them.

Aside from digestion, detoxification, and storage, the liver can function for immunity through the Kupffer cells. The following are ways on how such cells contribute to immune function.

1. To remove protein complexes and small particles from blood

Together with other cells in the sinusoid endothelium, they are the first line of defense against pathogens entering the liver through the venous portal vein.

2. To capture and digest microorganisms and worn-out cells

As macrophages, Kupffer cells can engulf and break down old red blood cells that pass through the liver sinusoids.

3. To modulate iron homeostasis in the liver

A study published in the Journal of Molecular Medicine (2008) showed that Kupffer cells can control ion homeostasis through the exertion of regulatory signals for the expression of hepcidin.

4. To regulate anti-viral immunity during Hepatitis B and C infections

A study published in the Journal of Hepatology revealed that aside from their “barrier” and “janitor” function, they can also be used to inhibit the growth of viral infections in the liver, particularly Hepatitis B and C infections.

As mentioned above, Kupffer cells exhibit great adaptability depending primarily on their immune environment. But despite the advancement of medical practices and technology, understanding the exact mechanisms of their functions is still very rudimentary.

Hence future studies should be geared toward promoting novel insights into the potential of Kupffer cells for therapeutic manipulation. Wouldn’t that be great?