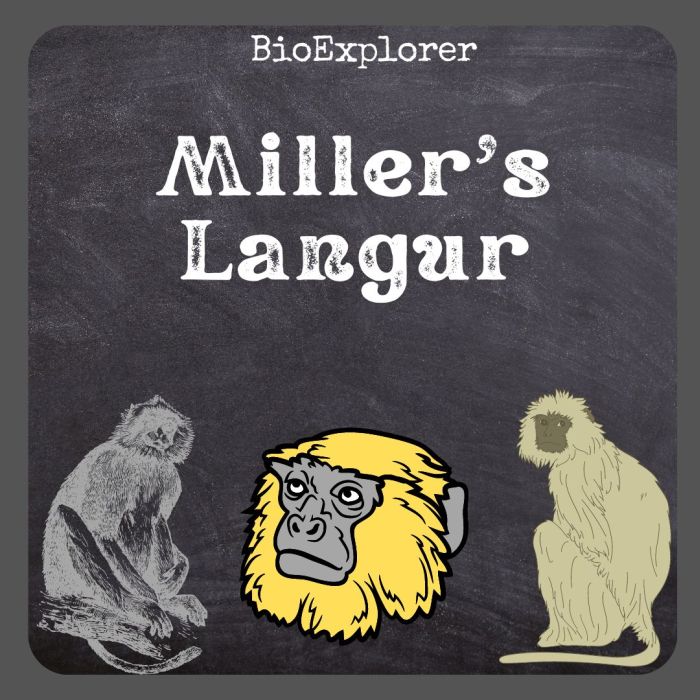 Miller’s Langur[1] (Presbytis canicrus), also called the Kutai Gray Langur or Miller’s Grizzled Langur, is the rarest of the four Hosei subspecies, all of which are native to the island of Borneo.