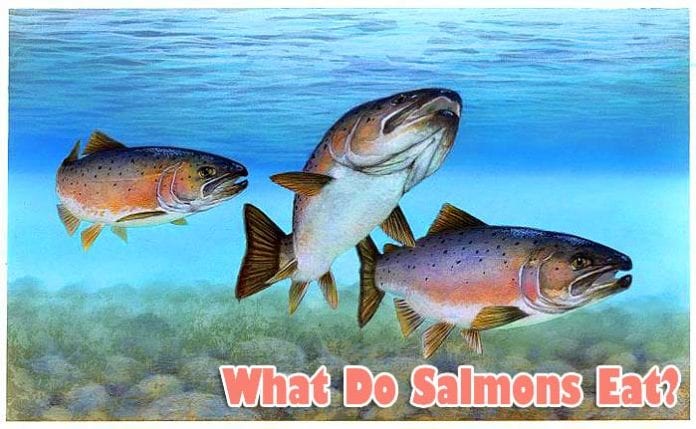 What Do Salmons Eat? Salmon falls under a class of ray-finned fish categorized under the family Salmonidae. Their name is drawn from a Latin word meaning “to leap“. Salmon is a favorite kind of fish in North America, especially for commercial (food) and sportfishing.

Salmon are carnivores preferring a meaty diet. Their broad palate includes zooplankton, small invertebrates, and small fish with the examples of krill and herring.

What Do Salmons Eat?

The types of salmon discussed in this section will be drawn from these two genera, which scientists indicate diverged in the early Miocene period.

What Do Atlantic Salmons Eat? 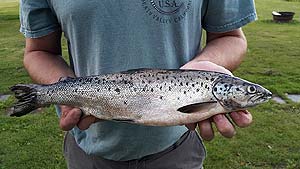 What Do Chinook Salmons Eat? 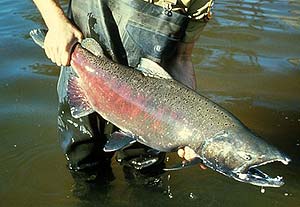 What Do Pink Salmons Eat?

What Do Sockeye Salmons Eat? 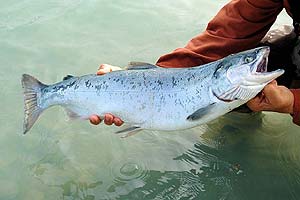 Sockeye Salmons are omnivorous. They feed on riparian plants, fish, and aquatic insects.

How do Salmons Hunt?

One technique that comes in handy for salmon when they are foraging for prey is suction feeding.

When do Salmons Eat?

Salmon display a shift between nocturnal and diurnal activity.

How often do Salmons Eat?

How often salmon eat depend on many factors. In the case of many salmon species like the pink salmon, and the Atlantic salmon, they do not eat before spawning.

Different kinds of predators feed on salmon at varying stages of their lives.

Where do Salmons fit in the Animal Food Chain?

Salmon play a significant role in the animal food chain.

On the downside, as their habitats are depleted and destroyed by activities like damming, salmon disappear, which implies a reduction in the quality of their ecosystem.