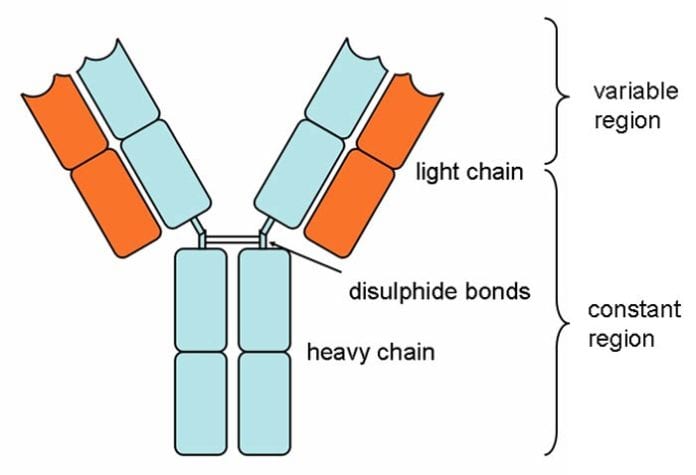 The immune system of the body mediates disease-fighting mechanisms using two different types of mediators. There are broadly two types of cells that are involved in the immune reaction – T cells and B cells.

T cells are lymphocytes that bear T cell receptors on their surface and are part of the cell-mediated immune response.

B cells are lymphocytes that produce antibodies upon encountering an antigen or disease-causing pathogen and form the humoral immune response.

Antibodies, also known as Immunoglobulins are glycoproteins produced by the B lymphocytes upon encountering a pathogenic substance. The antigen produces and displays specific molecules on its cell surface that are recognized by the antibody. These Y-shaped proteins then bind to these molecules, leading to the destruction and elimination of the pathogen from the body.

Check out the differences between antigen and antibody in detail here.

How Are Antibodies Produced?

When a foreign substance such as a toxin or a pathogen enters the body, circulating B cells recognize certain cell-surface antigenic molecules and bind to it. This process causes the B cells to divide rapidly and form a group of identical mature B cells called a clone.

These mature B cells are called Plasma cells which then secrete millions of antibodies into the bloodstream, thus activating the humoral immune response. As these antibodies circulate through the body, they encounter and recognize specific antigens and aid in their elimination. 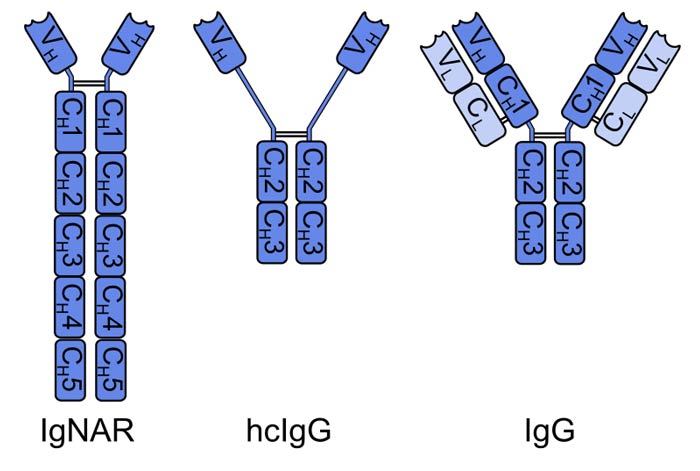 Although there are different classes of antibodies, that is discussed further on in the article, the general structure of all antibodies is the same.

Due to this variability, this region is known as the variable region. The other portion of the heavy and light chains that define their subtypes is known as the constant region, and the amino acid content of this region remains constant for each subtype of the antibody molecule.

Types of Antibodies in Blood

Immunoglobulins are an indispensable asset to the immune system and are now widely used in treatment strategies. Antibodies derived from a clone of cells originating from the same parent cell are developed and used in the treatment of diseases.

These antibodies are called monoclonal antibodies and can be primed with the surface antigen present on the target cell, for it to recognize and eliminate it. They are of particular importance in cancer treatment.

Trastuzumab is an example of a monoclonal antibody used in the treatment regime of breast cancer.

Antibody treatment and immune therapy are also being used in the treatment of many other widespread diseases such as diabetes.