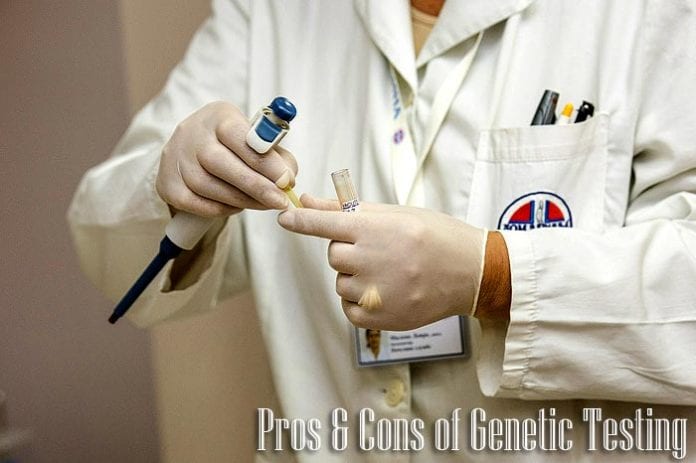 Pros and Cons of Genetic Testing: The human body is composed of millions of cells, which are considered as the “basic units of life”. Inside each cell lies the genetic material or the DNA (Deoxyribonucleic Acid).

Short sections of DNA are called together as the gene. The gene is also dubbed as the “basic unit of heredity” as it contains the information and instructions that dictate how the body should develop and function. Also, the gene is important in the expression of inheritable characters and traits.

What Is Actually Genetic Testing?

Genetic testing is a type of health program that involves the identification of any changes in genes, chromosomes, and proteins.

Do you have a family history of acquiring a specific disease? Or are you planning to have a child but afraid that he/she might inherit a trait you wouldn’t want to? Genetic testing is the solution to all of these questions. The results of a genetic test confirm and eliminate the possibility of any suspected genetic disorder. Such results will be highly advantageous for the early treatment and prevention of diseases.

How Is Genetic Testing Done?

There are a lot of types of genetic testing depending on what you want to test. Genetic testing can range from biochemical tests, molecular approach, or simply family history questionnaires. To perform a genetic test, a tissue from any organ that usually develops during pregnancy can be obtained. Examples of such are the placenta, amniotic fluid (pregnant woman’s water), bone marrow, or blood.

Pros and Cons of Genetic Testing

Now we will explore the pros and cons of genetic testing. First, let’s focus on pros.

There are a lot of potential advantages which can arise as a result of genetic testing. The following are some of them.

1. Early prevention and treatment of disease

As with any disease, early diagnosis of the disease will greatly help in faster treatment. The results of genetic testing can also help your healthcare provider in predicting the likelihood and deciding about the management of the disorder. In addition, the results of the test can also help one to learn more about the genetic disease and how it may possibly affect them and their relatives as well.

For some people, finding out that they do not have the gene for a certain disease can become a blessing. They may feel a lot more peace because of the fact that they have not passed any gene abnormality to their children. In addition, because they no longer require the same type of medical treatment as with people who have the gene, the resources can be allotted to those who have the risk of having the disease.

Genetic tests can be helpful in establishing evidence for the parenthood of a person for a case like child custody and support. The results of genetic test can also be used as a support for placing a parent’s name on the birth certificate of a child. Depending upon the country/state where you live in, DNA testing can be ordered by the judge for settling disputes in child custody laws.

4. The results can aid decisions in the future

For instance, if there is a low probability of passing a certain unwanted genetic condition, couples can have be assured that they can have children free of the disorder. On the other hand, a positive result may give the couple an idea of deciding not to have children because doing so may result to a high risk of their child developing the condition.

5. Can examine developmental delays in children

Like how it can determine parenthood, being genetically tested can be helpful is determining and interpreting developmental delays in children. Reasons for significant lags in physical, mental, and emotional growth can be determined.

Also if a woman has two or more miscarriages or pregnancy over age 34, genetic testing will be helpful for early diagnosis which can help identify the appropriate treatment options.

While the process has great advantages, indeed, several disadvantages that a person who wishes to undergo testing should be aware of. The following are some of them. 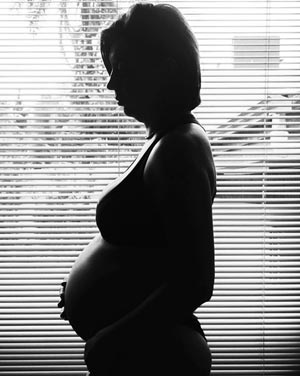 The physical risks associated with most genetic tests are indeed very small as some tests only require mere blood or tissue samples. However, some tests can be really destructive. As an example, the methods for prenatal testing involves the acquisition of amniotic fluid around the fetus. Such practice can be really dangerous because the mother may suffer from miscarriage.

2. May cause emotional and psychological stress

As alluded to earlier, the results of genetic testing can provide freedom from any uncertainty. However, in some cases, the results of genetic testing may create an emotional trauma for the person who finds out that he/she has a certain disease. It can lead to an increased anxiety to the individual as he might blame himself for possessing a gene that causes the disorder and potentially passing it onto their children.

3. May cause tension among family members

About this, the results of these tests may also create tension among family members when information about a family member is revealed. Having a negative test can cause emotional distress because it gives him/her the feeling of “survivor guilt” from being unaffected by the disease while his/her sibling is at risk.

Genetic discrimination is the condition wherein a person feels and gets discriminated due to the fact that he/she possesses a genetic abnormality that increases the chances of him/her developing a certain genetic disorder. And because the results of genetic tests are included in a person’s medical history, the fact that he/she has this abnormality becomes known to employers and other people in the workplace. As a result, people may treat him/her differently.

5. The information is very limited

While it is true that some tests can be very specific about the genetic disorder, these test often cannot tell the severity of the manifestation of the disease. Also, a negative result may not be conclusive because it is not possible for a single test to identify all the genetic changes and abnormalities in a certain disorder. Because of this, additional tests may be necessary. Another thing is that while most genetic disorders can be easily diagnosed using these tests, there are still potentially millions of genetic mutations which are still not understood. Furthermore, treatment strategies are still lacking.

For instance, one disadvantage of using biochemical test as a genetic test is that proteins from the tissue samples are more unstable that the gene itself. Easy deterioration of samples means a higher chances of inaccuracy in the results. Therefore, they should be properly stored and analyzed immediately after obtaining.

7. Tests can be costly

Basically, the price of having genetic test will depend on various factors including the type of test and the clinic you visit. According to the National Human Genome Research Institute, the average cost of genetic testing in the US can range from less than $100 to $2,000! And as mentioned above, a single test may not be able to determine all genetic abnormalities so additional tests may be advised. The expensive price of genetic testing is only suitable for a small groups of patients because only those who can afford it can be tested.

The Accuracy of Genetic Testing

It is important to note that not all tests have the same predictability. The accuracy of any result would be, of course, depend on whether the disorder is caused by an abnormality of the gene and chromosome or just a mere result of acquisition from the environment.

According to a study by the Harvard School of Public Health, a large majority of Americans are not into adopting this kind of genetic technology. In fact, only 6 percent of adults said that they had undergone genetic testing. While genetic testing is not compulsory, just like any medical intervention, this technique aims to do good than to harm.

However, some consequences of the process are inevitable. Therefore, to avoid such complications, it is vital to have counseling before and after genetic testing. In this way, individuals are free to choose whether they want to or don’t want to undergo testing. And if needed, they could have extra support.

So if you’re planning to be genetically tested, you might want to ponder this question: Is having genetic testing a mere trend that offers unproven hope, or does it represent the first sign of treatment for affected patients? What do you think?