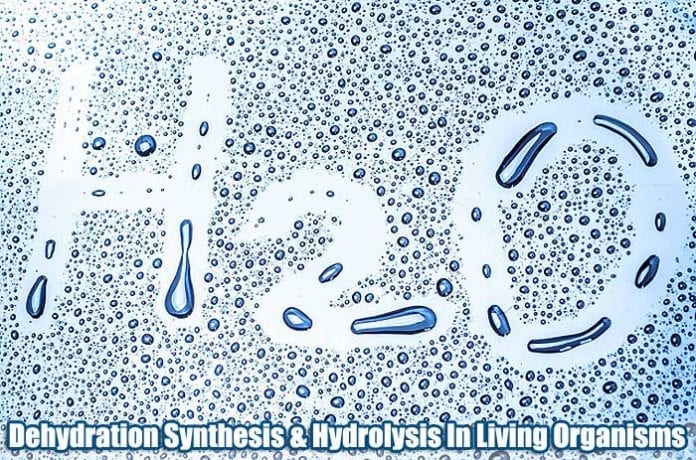 Dehydration Synthesis: Despite being very diverse, life can still be broken down into its 4 major building blocks: carbohydrates, proteins, lipids, and nucleic acids.

Being a constituent of living organisms, a more general name for this group of organic compounds is biomolecules. These biomolecules are needed for survival: carbohydrates and lipids for energy source, proteins for structural support, and nucleic acids for carrying genetic information.

Water is essential in numerous cellular processes. In fact, in the presence of water, dehydration synthesis and hydrolysis are the biochemical processes that are used to either build or break down the said biological molecules.

Let’s take a look and explore what actually happens in these reactions.

What is Dehydration Synthesis?

The diagram below illustrates how dehydration synthesis generally occur in polymers.

In biological organisms, various types of dehydration synthesis occur. Such are classified based on the following:

1. Based on the nature of reactants

For instance, this criterion is due to the fact that biomolecules and their building blocks are made of chemical elements and functional groups that are combined together. Basically, this category simply classifies them whether they are of the amine group, carboxyl group, and others.

2. Based on the nature of the catalyst

In living organisms, chemical parameters like pH, temperature, and salinity are variable. Hence, biological catalysts, or enzymes that speed up chemical reactions are needed. Along with that, the type of dehydration synthesis is named after the catalyst that drive the reaction.

3. Based on the product formed

As mentioned earlier, dehydration synthesis can produce a wide variety of polymer products. Therefore, these types of reactions are grouped whether they form complex carbohydrates from simple sugars, create fatty acids from Acetyl-CoA, and others.

Relative to the process of dehydration synthesis, hydrolysis is merely the reverse. Using water molecules complex molecules are broken down into smaller units.

Various types of hydrolysis occur in living organisms. The three types are listed below:

This occurs when a salt when a salt is dissolved in water. The water then is converted to hydrogen ions (H+) and hydroxyl ions (OH-) as salt dissociates into cations and anions.

According to the Bronsted-Lowry theory, water can act as either an acid or a base. If the water molecule donates proton (H+), water is said to act as an acid.

Reactions of Dehydration Synthesis and Hydrolysis

As mentioned earlier, dehydration hydrolysis work the same way in the four major macromolecules. The table below will give you more simplified view of their reactions:

Should you need more illustrations, you may check this YouTube video below:

On the other hand, in heterotrophic (unable to photosynthesize) organisms, the digestion of food into smaller substances is important to absorb the nutrients and convert them to a more usable form of energy. When the body needs energy to biosynthesize, this energy in the form of ATP undergoes hydrolysis and after which can now be utilized.

From being a mere thirst quencher to a facilitator of photosynthesis to becoming a builder or breaker of molecular compounds, we have seen that water is undeniably essential for living organisms at the molecular level. What do you think are other abilities and uses of this compound? 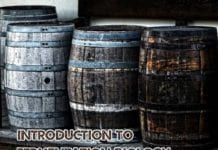 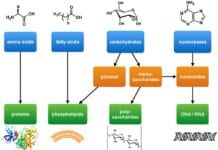