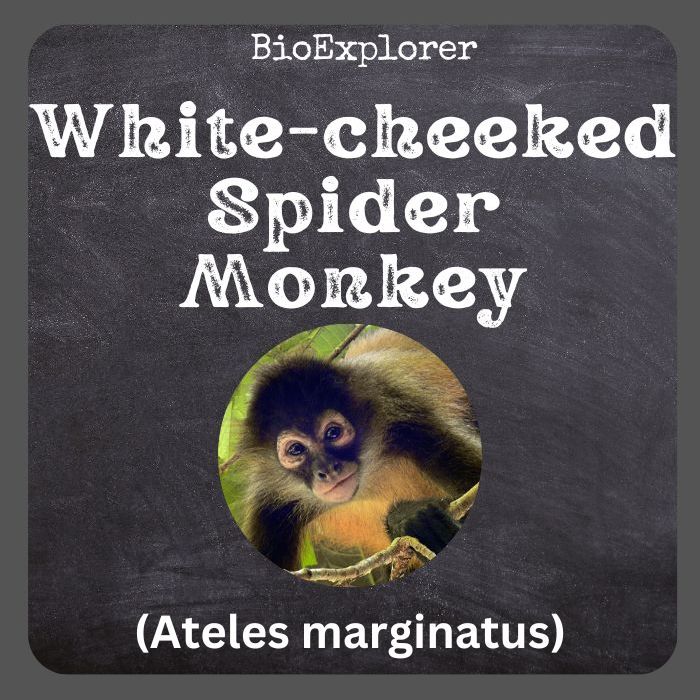 The white-cheeked spider monkey[1] (Ateles marginatus), also known as the white-whiskered spider monkey, is a New World Monkey native to the Amazon Basin of central Brazil.