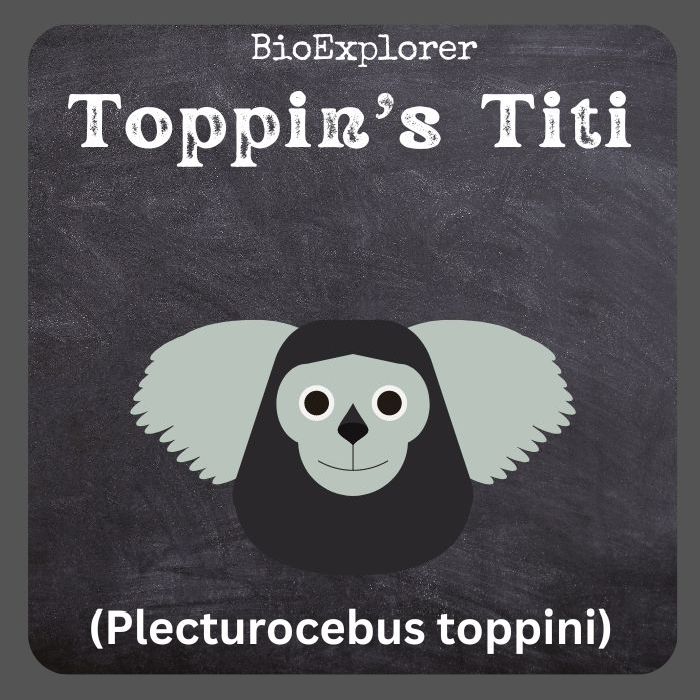 Toppin’s Titi[1] (Plecturocebus toppini) is a species of Titi, a species of New World Monkey endemic to Bolivia, Peru, and Brazil.