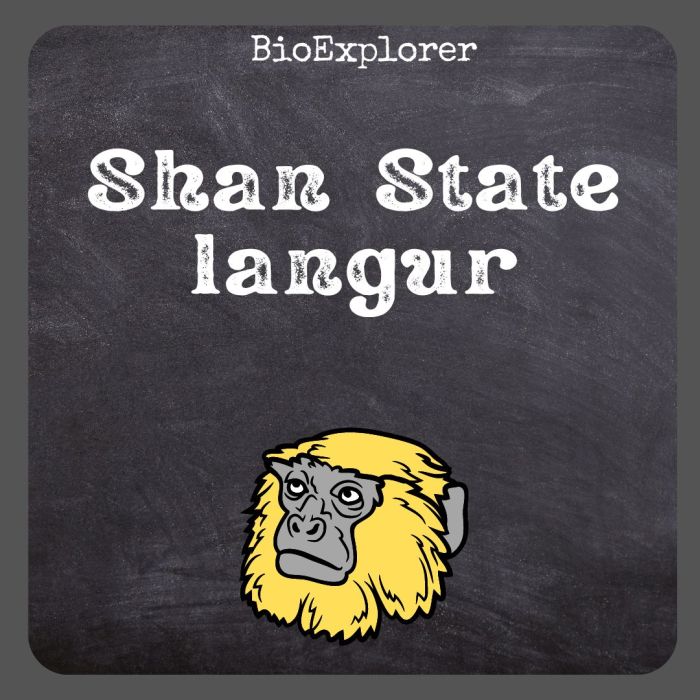 The Shan State Langur[1] (Trachypithecus melamera) is a primate species in the Cercopithecidae family. It is found in southwestern China and eastern Myanmar.

Suggested Reading: All Kinds of Monkeys