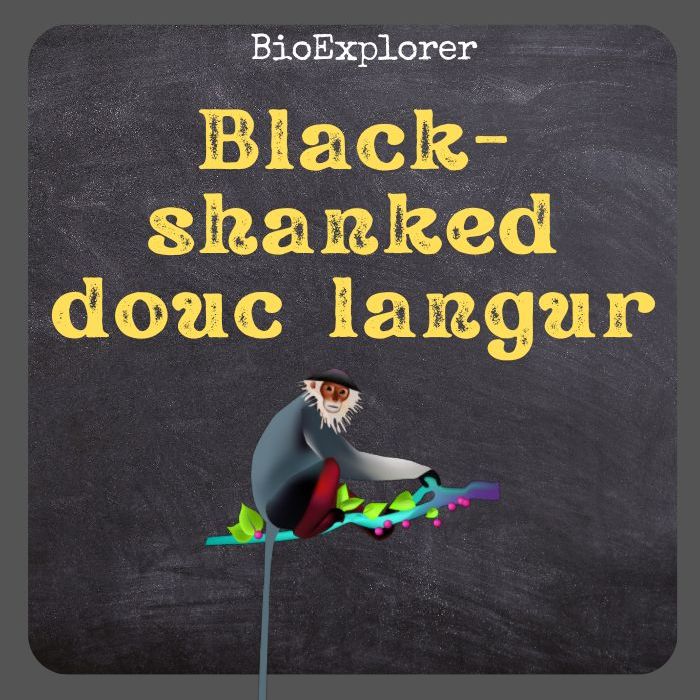 One of three species of Douc langur (the gray-footed and the red-footed are the other two), the black-shanked douc langur[1] is only found in southwestern Vietnam and eastern Cambodia, inhabiting primary monsoon forests as well as secondary and tropical forests.