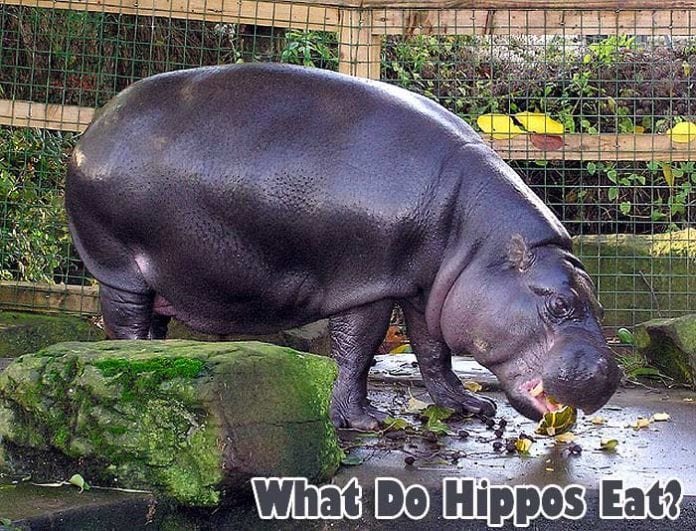 What Do Hippos Eat? Hippos are the third-largest land animals after elephants and rhinos (white).

Hippos mostly consume herbivorous diet. They draw their nutrients mainly from grass, and they can supplement this with fruits.

What Do Hippos Eat?

Scientists indicate that two hippo species exist in the world today. One species is referred to as the common hippopotamus and the second is dubbed pygmy hippo.

As much as these giant creatures pretty much resemble pigs, scientists have shown that hippos are more closely related to the cetaceans (a category of aquatic mammals that includes dolphins and whales).

More insight into these two hippo species will be offered in this section.

What Does Common Hippopotamus Eat? 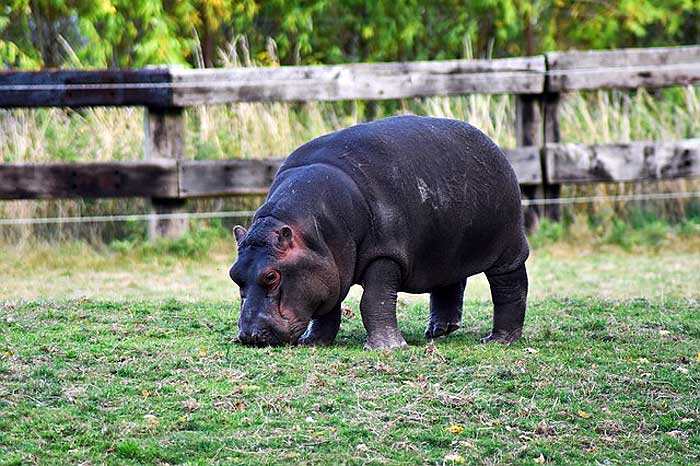 The common hippo mainly consumes a herbivorous diet. It climbs steep river banks to feed on grass. There are reports on carnivory and cannibalism among these hippos, meaning that in rare scenarios, they feed on meat.

What Does Pygmy Hippopotamus Eat? 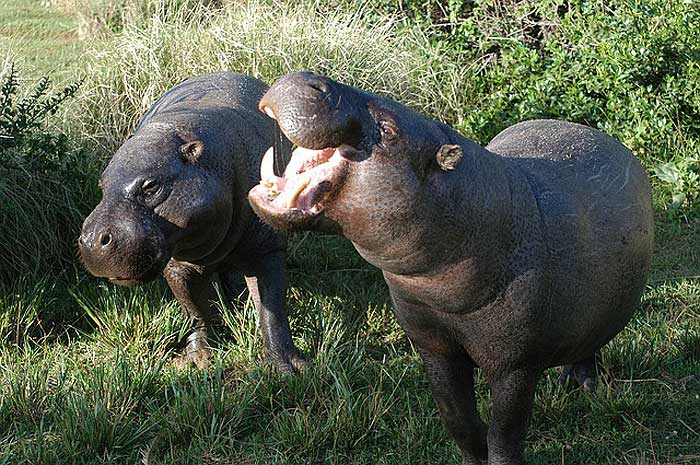 The pygmy hippo consumes herbivorous diet. Its palate includes leaves, ferns, fruits, and roots found next to rivers and streams.

How Do Hippos Hunt? 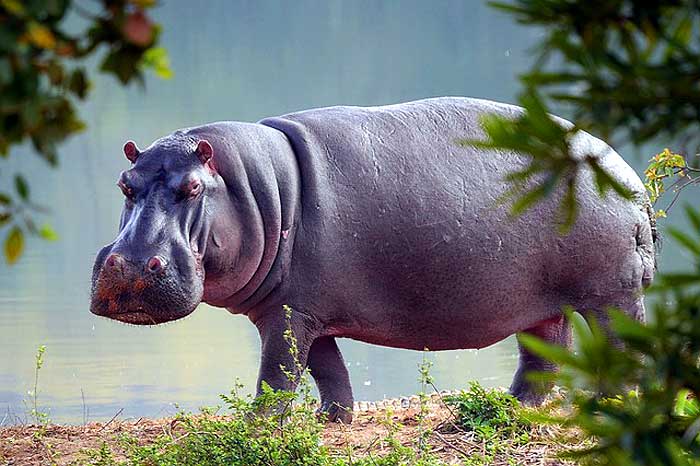 There are reported incidences where hippos have practiced carnivory and cannibalism. Researchers have implied that in times of hardship (drought), they have used their territorial and aggressive natures to hunt for prey.

When Do Hippos Eat?

How Often Do Hippos Eat?

Generally, hippos have a huge appetite, and they can travel far and wide on a given night to feed to their fill.

Younger hippos that have strayed from their mothers are vulnerable to predation. 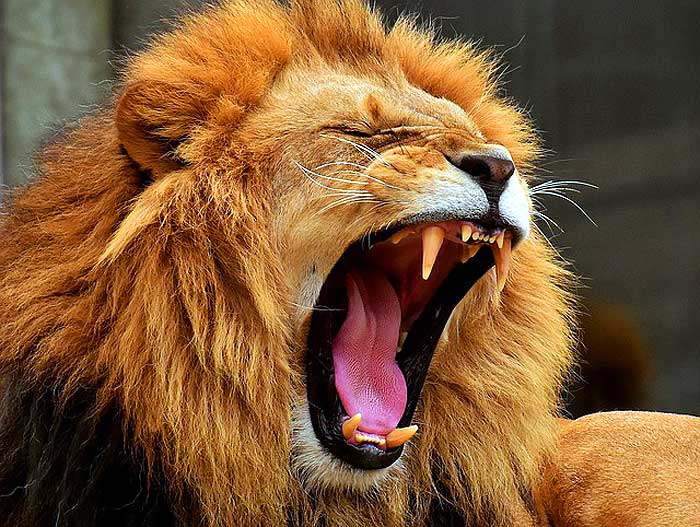 Where Do Hippos Fit in the Animal Food Chain?

Hippos are essential to the animal food chain. 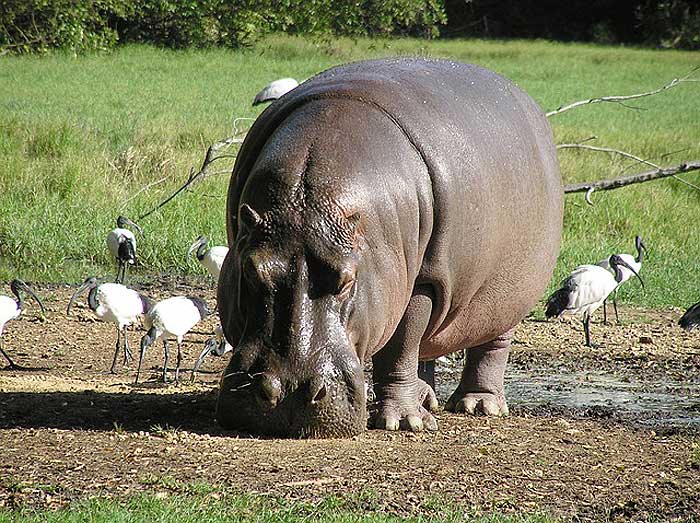