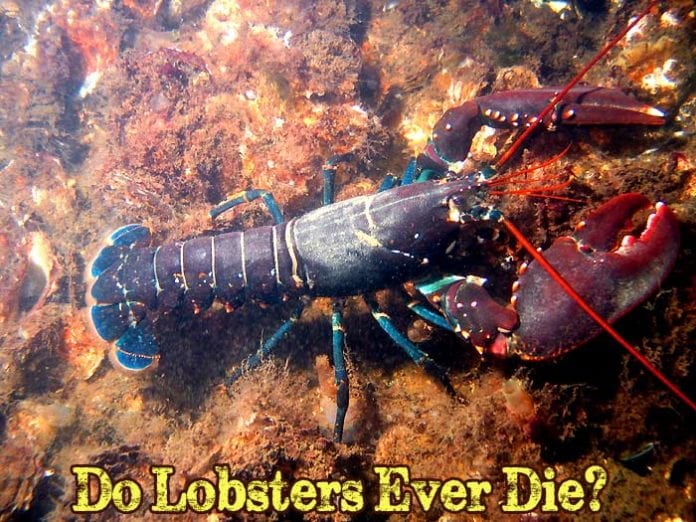 Do Lobsters Die? Sorry to disappoint you, but in contrast to all scientific hoaxes circulating online, lobsters actually die. These organisms can certainly do keep growing until they die. Check out below.

Here are the studied lobster lifespan by their species types:

Suggested Reading: What do lobsters eat?

Most living organisms grow old and eventually die. However, there are a few plant and animal species that appear not to feel the pressure of time, and not exhibit the signs of aging that much. These organisms are the so-called “biologically immortal” organisms.

However, quite contrary as it might seem, these organisms have actually finite lifespan. A lot of factors like natural catastrophes, disease, or predation can kill them. But unlike other organisms, they do not die simply because of senility.

To grow, lobsters undergo a process called molting where they shed their exoskeleton from time to time. In general, a larger body means an older lobster. The video below depicts the life cycle of lobsters.

Scientific studies showed that in the wild, an average male lobster could live up to 31 years while a female one can survive up to 54 years. However, some tough species like the American lobster (Homarus americanus) can live up to 140 years! 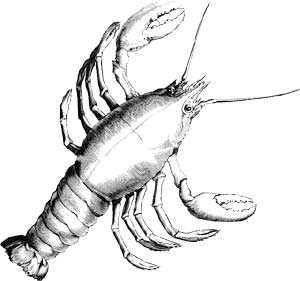 According to the marine biologist studies, lobsters do not lose fertility (i.e., ability to make offsprings) as they become old, unlike humans. Interestingly, the older lobsters may be extra fertile than growing lobsters.

This extra fertile power in older lobsters will not make them immortal. However, they die at a shell molt at the older age.

It was scientifically discovered that their secret to their longer lifespan might be due to an enzyme called telomerase. This enzyme restores long repeated sections of dna sequences in the form of “TTAGGG” (repeating) at the edges of chromosomes, which is known as telomeres.

Most vertebrates show the telomerase enzymes during embryonic stages. However, they are absent from the adolescent stage.

Surprisingly, unlike vertebrates, lobsters express telomerase as adults through their most tissues, which is the secret their longer lifespan.

Contrary to conventional thinking, lobsters are not immortal. Lobsters grow by molting which requires much energy, and the larger the shell, the more energy is required.

Ultimately, the lobster will die from fatigue during a molt. Aged lobsters are also known to stop molting like menopause in women, which means that the shell will eventually become broken or infected and they die.

Scientifically speaking, lobsters cannot live forever, but they handle it in a way that makes it appear to be almost immortal. Lobsters can display no signs of aging such as loss of appetite, decreasing reproductive capacity, changing metabolism, and decrease in physical strength.

But come to think of it. Just because these organisms can potentially delay aging and molt until they die, doesn’t mean that’s always the case. Old lobsters also lose the machinery to produce metabolic energy to continue the process. And as alluded to earlier, starvation, natural calamities, disease, and predation can also kill them.

In conclusion, lobsters can live a really long life. And when they die, lobsters do only because of external factors.

So the next time someone asks you whether lobsters die, tell them they do, but only because of their exhaustion from molting over and over again.